Concerns grow over renewed tensions between US, N Korea 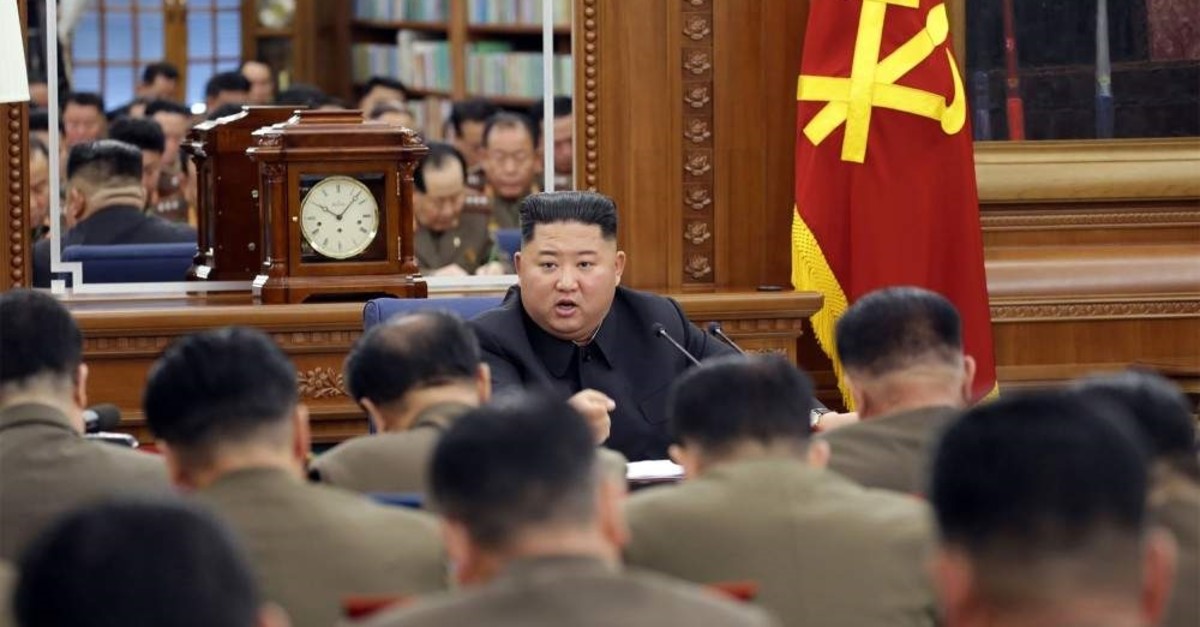 North Korean leader Kim Jong Un held a meeting of top military officials to discuss boosting the country's military capability, the state news agency reported on Sunday amid heightened concern the North may be about to return to a confrontation with Washington.

Kim presided over an enlarged meeting of the ruling Workers' Party's Central Military Commission, KCNA news agency said, to discuss steps "to bolster up the overall armed forces of the country... militarily and politically." "Also discussed were important issues for decisive improvement of the overall national defense and core matters for the sustained and accelerated the development of military capability for self-defense," KCNA said.

The commission is North Korea's top military decision-making body. Kim rules the country as its supreme military commander and is the chairman of the commission. North Korea has set a year-end deadline for the U.S. to change what it says is a policy of hostility amid a stalemate in efforts to make progress on their pledge to end the North's nuclear program and establish lasting peace.

Kim and U.S. President Donald Trump have met three times since June 2018, but there has been no substantive progress in dialogue, as the North demanded crushing international sanctions be lifted first. On Saturday, state media said the United States would "pay dearly" for taking issue with the North's human rights record and said Washington's "malicious words" would only aggravate tensions on the Korean Peninsula. North Korea has also repeatedly called for the U.S. to drop its "hostile policy" and warned about its "Christmas gift" as the end-year deadline it set for Washington to change its position looms.