Three-fold rise in attacks against children recorded since 2010 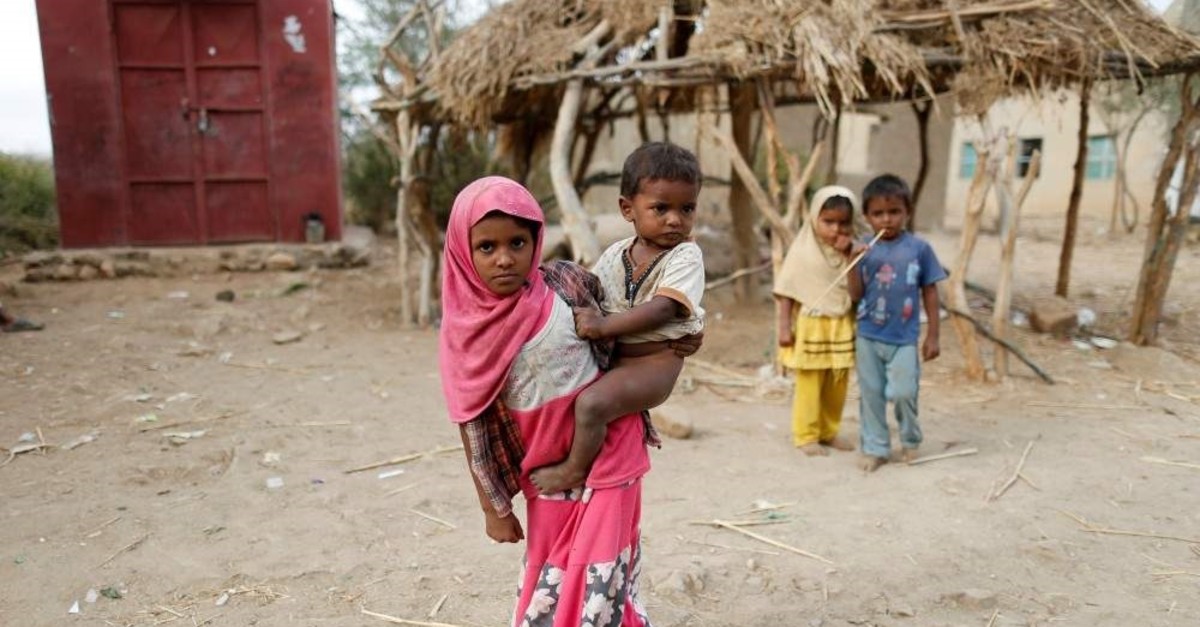 Millions of children across the world entered a new decade facing the devastating consequences of violence in conflict zones with the last decade, witnessing a nearly three-fold rise in attacks on children living in conflict zones, the U.N. children's agency said, revealing widespread human rights violations against children.

UNICEF has documented 170,000 grave violations against minors since 2010, the equivalent of more than 45 violations each day for the last 10 years, the agency said. Those include killing, maiming, sexual violence, abductions, denial of humanitarian access, child recruitment and attacks on schools and hospitals. In 2018, the U.N. recorded more than 24,000 grave violations against children, nearly three times as many as in 2010. In around half of those cases, children were killed or maimed by airstrikes and explosive weapons such as landmines and mortars.

"Conflicts around the world are lasting longer, causing more bloodshed and claiming more young lives," UNICEF executive director Henrietta Fore said. "Attacks on children continue unabated as warring parties flout one of the most basic rules of war: the protection of children," she said, adding that many more acts of violence against children go unreported.

Children in Syria, Yemen and Afghanistan were particularly at risk in 2019, according to UNICEF. Following decades of conflict, children in Afghanistan have faced the brunt of the ongoing war. A U.N. tally found that last year was the deadliest on record, with at least 3,804 civilian deaths caused by the war, including 927 children.

While Yemen has been wracked by conflict since 2014, civilians have borne the brunt of the conflict, which has killed over 10,000 people and sparked the world's worst humanitarian crisis. According to reports, as many as 85,000 infants under the age of 5 may have died from starvation or disease and 400,000 children suffer from severe acute malnutrition, based on reports released in 2018. Schools and hospitals in the war-torn country have come under frequent attack, threatening the lives of many children.

In Israeli-occupied Palestinian territories, Israeli aggression has claimed more Palestinian lives at the Gaza border as young Palestinians are targeted by Israeli army units firing live rounds at civilians. According to a report released by the Al-Mezan Center for Human Rights, hundreds of Palestinian children have been subjected to Israeli violence since the Great March of Return started last year, when hundreds of thousands of Palestinian demonstrators converged on the buffer zone separating Gaza from Israel. In the same period, 17 children were detained by Israeli forces during protests. The report also revealed that there has been an increase in the number of Palestinian children killed and injured by Israeli forces while pointing out the ongoing systematic violations of human rights in the Gaza Strip.

In Myanmar, many Rohingya refugees have been facing ongoing human rights violations, which include allegations of killings, disappearances and arbitrary arrests. In a system of segregation building up to genocide in Myanmar, Rohingya children are often unable to attend mixed Rakhine-Rohingya schools but are instead kept in separate education facilities where the quality of education is off-limits.