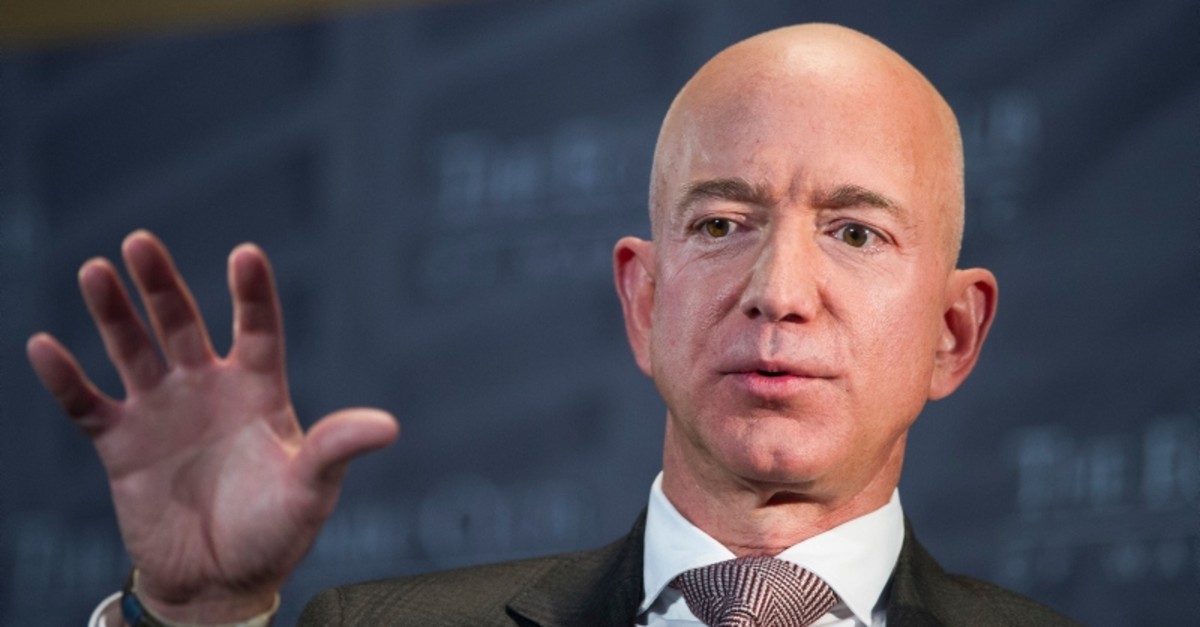 In this Sept. 13, 2018, file photo Jeff Bezos, Amazon founder and CEO, speaks at The Economic Club of Washington's Milestone Celebration in Washington.
by Daily Sabah Jan 22, 2020 2:01 am

"The Guardian understands a forensic analysis of Bezos's phone, and the indications that the "hack" began within an infected file from the crown prince's account, has been reviewed by Agnès Callamard, the UN special rapporteur who investigates extrajudicial killings. It is understood that it is considered credible enough for investigators to be considering a formal approach to Saudi Arabia to ask for an explanation," the paper said in the report.

The paper also cited Saudi experts who commented on the report. The professionals, among whom are dissidents and analysts, told the paper that the reason for the Kingdom to target Bezos was his newspaper's critical coverage of Saudi Arabia and the fact that it employed Khashoggi, who wrote columns that usually blasted the Crown Prince.

The Guardian also questions how the National Enquirer, a newspaper owned by the American Media Inc. (AMI), got to publish intimate and secret details regarding Bezos' private life.

"The disclosure is likely to raise difficult questions for the kingdom about the circumstances around how US tabloid the National Enquirer came to publish intimate details about Bezos's private life – including text messages – nine months later," the paper said.

"The story, which included his involvement in an extramarital relationship, set off a race by his security team to uncover how the CEO's private texts were obtained by the supermarket tabloid," Guardian said, mentioning the Enquirer's role in the incident.

Adding that the National Enquirer's owner AMI insists that it was tipped off about the affair by the estranged brother of Bezos's girlfriend, the Guardian added that the billionaire's own team "found with 'high confidence' that the Saudis had managed to 'access' Bezos's phone" and had gained private information about him.