US-Israeli woman pardoned by Putin flies out with Netanyahu 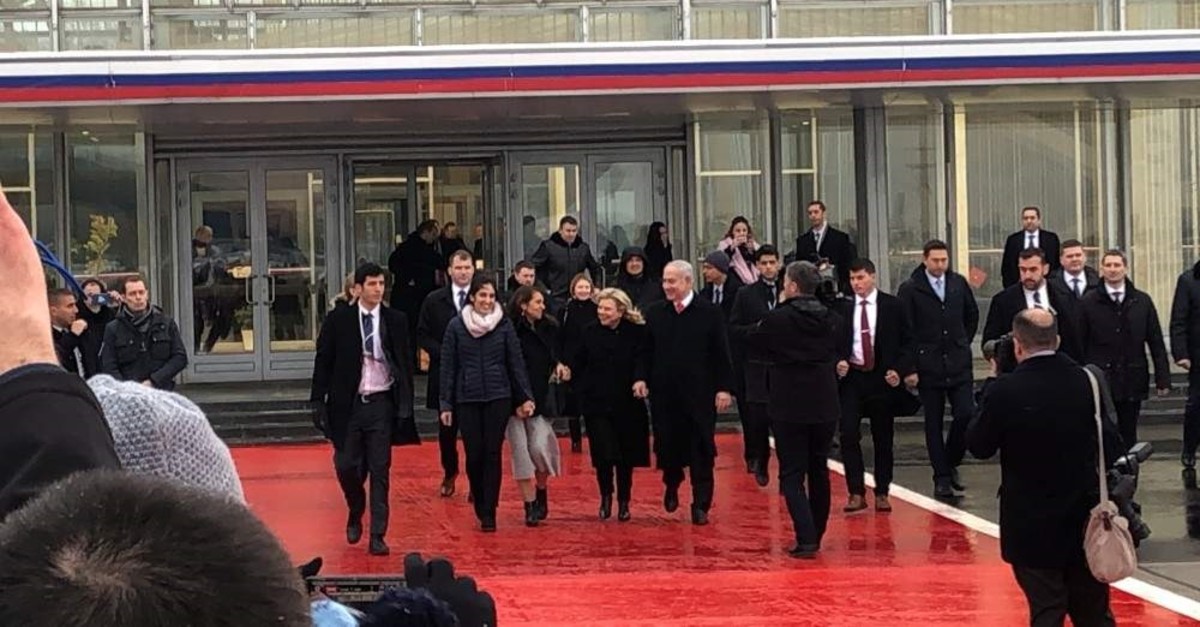 A U.S.-Israeli woman jailed for drug trafficking in Russia was released and flew out with Israeli Prime Minister Benjamin Netanyahu on Thursday after she was pardoned by President Vladimir Putin. Russia freed 26-year-old Naama Issachar from prison shortly before Netanyahu met Putin at the Kremlin to discuss U.S. President Donald Trump's Middle East peace plan.

Netanyahu is standing for reelection in toughly contested March 2 polls and it remains to be seen how much Issachar's release and Netanyahu's visit to Washington will boost his chances. Flying back to Israel with Issachar was likely to be a publicity coup for Netanyahu.

Issachar was arrested at Moscow's Sheremetyevo airport in April 2019 while she was in the transit zone en route from India to Israel. Russian authorities said they found nine grams of cannabis in her checked luggage and she was sentenced in October to seven and a half years in prison. Her case was controversial because she was sentenced for drug trafficking while she was in transit and the drugs were in hold luggage.

Israeli media linked Issachar's pardon with a decision by Israeli authorities to pass control of the Alexander courtyard in Jerusalem's Old City to Russia. Russian officials denied any connection. The Alexander courtyard, which was bought by Russia in 1859, is one of several Jerusalem properties that Moscow claims, and the dispute over it has been a source of friction between the usually friendly Israel and Russia.

Some in Israel also linked Issachar's arrest to the fate of Alexei Burkov, a Russian man who was arrested in Israel on a U.S. warrant on charges of involvement in a $20 million credit card fraud scheme. It was alleged that Russia hoped to use Issachar as a bargaining chip to persuade Israeli authorities to send Burkov home.