Concerns grow over new clusters of coronavirus outbreaks outside China 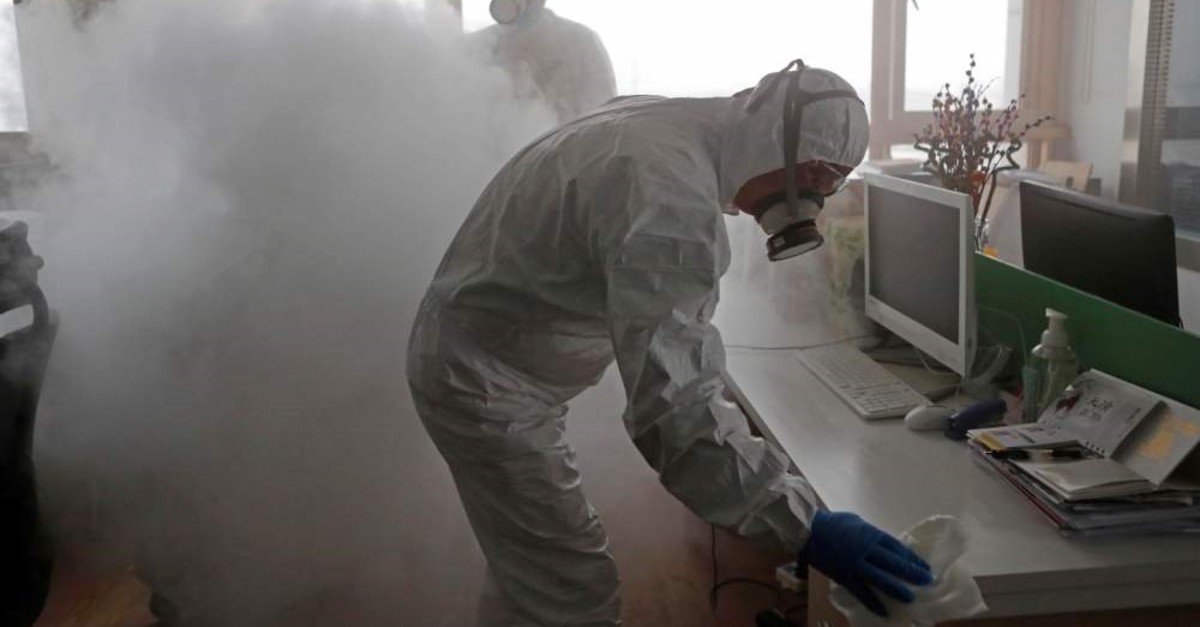 As the coronavirus spread appears to peak in China, other countries may now face outbreaks. Singapore has recorded one of the highest infection tallies outside China

While the death toll from China's coronavirus epidemic climbed past 1,100 on Wednesday, local virus transmission with no links to the disease's epicenter has become a growing concern for Singapore and other neighboring countries "at the beginning of the outbreak," experts have warned.

The World Health Organization (WHO) warned of coronavirus "clusters with no apparent link to China" on Wednesday. Takeshi Kasai, WHO director for the Western Pacific, specifically cited local transmissions and said all countries in the region should "prepare for the possibility of wider transmission" of the virus, in a statement released by the WHO. Singapore reported 50 coronavirus cases, one of the highest tallies outside China, including mounting evidence of local transmission while neighboring Malaysia has reported 18 cases of the virus, which the WHO has officially named COVID-19.

The coronavirus epidemic may be peaking in China where it was first detected in the central city of Wuhan, but it is just beginning in the rest of the world and is likely to spread, a global expert on infectious diseases said on Wednesday. Dale Fisher, chair of the Global Outbreak Alert and Response Network that is coordinated by the WHO, said that THE predicted "time course" may well be true if the virus is allowed to run free in Wuhan. "It's fair to say that's really what we are seeing," he told Reuters in an interview. "But it has spread to other places where it's the beginning of the outbreak. In Singapore, we are at the beginning of the outbreak."

Since the beginning of the outbreak in December, the virus has spread to about two dozen countries, but so far there have been only two deaths outside China, one in Hong Kong and one in the Philippines. In mainland China, another 97 people died on Wednesday, raising the national toll to 1,113, while more than 44,600 people have now been infected. The WHO warned the virus posed a "very grave threat" but that there is a "realistic chance" of curbing the outbreak. Most of the deaths and cases have been in central Hubei province, whose capital, Wuhan, is the epicenter of the outbreak. Some 56 million have been placed under lockdown in the province.

Coronavirus jumped from ship to shore

An outbreak of the novel coronavirus on a cruise ship has prompted Japan to quarantine thousands of passengers and crew on board. An employee of the country's Health Ministry also tested positive for the illness. So far 174 people on the Diamond Princess have been diagnosed with the virus, but only a fraction of the 3,711 passengers and crew who arrived off Japan on Feb. 3 have been tested. The ship is expected to stay in quarantine until Feb. 19. The new cases bring Japan's total to 203 people with the new disease.

The Japanese government has faced criticism about its decision to test small batches of passengers and crew, but says it is limited by existing capacity. At the moment it can only test up to 300 people a day. It says it hopes to be able to test 1,000 people per day by Feb. 18, the day before the ship's quarantine ends.

Concerns over the virus have rerouted and canceled other cruises. The Westerdam cruise ship carrying 2,257 passengers and crew finally found a port to dock in Cambodia after being refused entry in Japan, Taiwan, the Philippines and Thailand. There are no confirmed cases of the virus on board, but it stopped in Hong Kong less than two weeks ago, which is within the incubation period of the virus. The Westerdam was due to arrive in Sihanoukville, Cambodia on Thursday morning, cruise operator Holland America Line said on Wednesday.

Several other cruise ships have been refused entry at ports across the Asia-Pacific region, from Singapore to Tonga as fears over the virus spike. Cambodia's decision to receive the Westerdam comes as its strongman leader has voiced vocal support for China, with premier Hun Sen going so far as to travel to Beijing last week in a show of solidarity. The Southeast Asian nation, with just one confirmed case of the SARS-like virus, has been the recipient of billions of dollars in soft loans, infrastructure and investment from its superpower ally.

Health authorities in Tonga have refused entry to three cruise liners, CMV Astor, CMV Columbus and Crystal Serenity, due to dock in the Pacific island nation on Wednesday. A fourth passenger ship Wind Spirit, which had been set to arrive on Saturday, was also told to stay away. The diversion notice did not say where the ships were headed, but online trackers suggested the Astor was steaming towards Auckland, Columbus and Serenity were Fiji-bound and Wind Spirit was still near Tahiti. Meanwhile Cunard's Queen Mary 2 luxury liner, currently off the coast of Malaysia, has been diverted to Freemantle in Western Australia, canceling stops in Singapore, Hong Kong and Shanghai.