UN warns of coronavirus epidemic despite China, WHO's reassurances 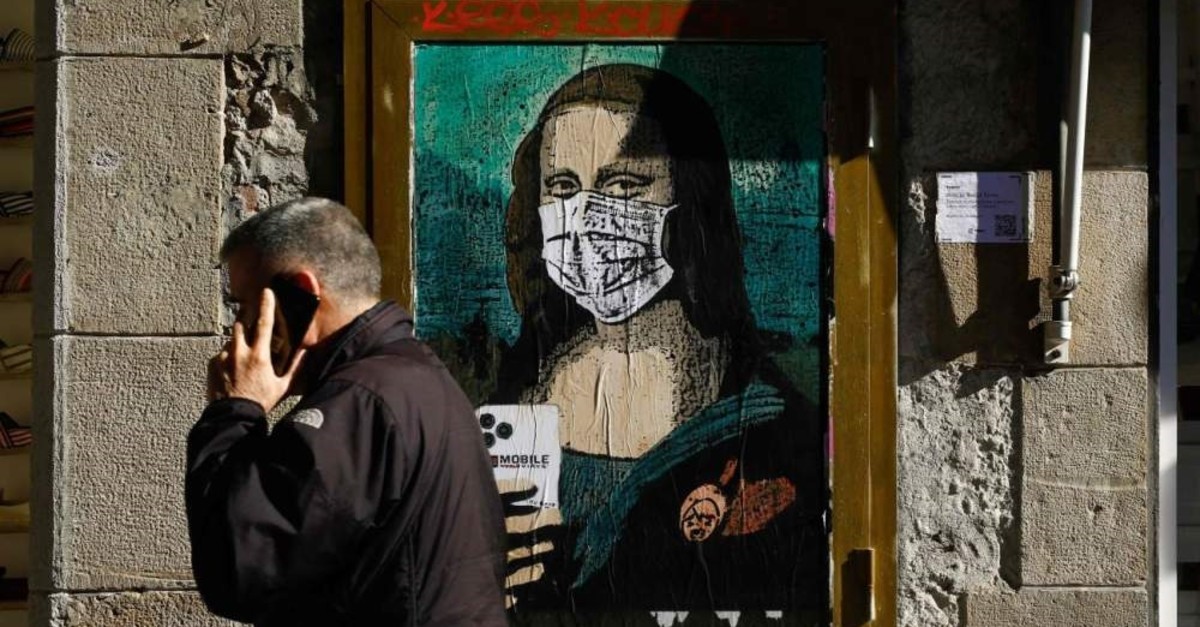 Despite China and the World Health Organization's (WHO) warnings against global over-reaction, concerns persist over the spread of the new coronavirus with the U.N. warning of “dangerous situation”

Despite Chinese attempts to calm global nerves, the U.N. announced that the new coronavirus outbreak is in "a very dangerous situation" as the death toll from the disease rose again Tuesday.

The U.N. Secretary-General Antonio Guterres said in an interview Tuesday that "the risks are enormous and we need to be prepared worldwide for that." Guterres said the spread of the virus to countries with "less capacity in their health service" would require a great deal of international solidarity.

The outbreak has infected more than 73,000 people globally. It has caused more than 1,800 deaths, nearly all in China. The World Health Organization (WHO) has named the illness COVID-19, referring to its origin late last year and the coronavirus that causes it.

China reported 1,886 new virus cases and 98 more deaths in its update Tuesday. There have been some 900 cases around the world, with only five deaths outside the mainland, in France, Japan, the Philippines, Taiwan and Hong Kong.

The situation remains dire at the epicenter, with the director of a Wuhan hospital dying Tuesday, the seventh medical worker to succumb to the COVID-19 illness among the more than 1,700 doctors and nurses who have become sick. A report saying the disease outbreak has caused mild illness in most people raised optimism among global health authorities. Those most at risk were the elderly and people with underlying medical conditions. The study released by China's Centre for Disease Control and Prevention also showed that the death rate stood at 2.3%, falling below one percent for people in their 30s and 40s. However, fears of global contagion persist in many countries.

New French health minister Olivier Veran warned Tuesday of a "credible risk," saying that China's coronavirus outbreak could turn into a pandemic, spreading across the world. "This is both a working assumption and a credible risk," Veran told France Info radio. He said France was ready to deal with all the possibilities and its health system was sufficiently robust and well-equipped.

The epidemic has triggered panic-buying in Singapore and Hong Kong, concerns about cruise-ship travel and the postponement of trade fairs, sports competitions and cultural events in China and abroad. Several countries have banned travelers from China and major airlines have suspended flights.

WHO, which has previously said travel restrictions were unnecessary, rejected the suggestion that all cruises should be halted after hundreds of passengers were infected on one vessel off Japan.

The two-week quarantine of the Diamond Princess cruise ship in Japan has come under question after thousands of passengers and crew are set to disembark over the next several days in the port of Yokohama, near Tokyo.

As of Tuesday, 542 cases of the virus have been identified among the 3,711 quarantined passengers and crew, making the ship the site of the most infections outside of China. Since the U.S. repatriated more than 300 American passengers on Monday, Britain became the latest country to offer its citizens a way off the boat, after similar plans by Canada, Australia, Hong Kong and South Korea.

A growing number of scientists, however, say the ship served as an incubator for a worrying new virus from China instead of a quarantine facility meant to prevent the worsening of an outbreak that has sickened tens of thousands. In a possible sign of lax quarantine protocols, three Japanese health officials who helped in the quarantine checks on the ship were also infected.

Attention was also turning to the Westerdam, a cruise ship in Cambodia, where many of the 2,200 people aboard passengers were allowed to disembark after all initially received a clean bill of health. They were met by Cambodia's premier, taken on a bus tour of the country's capital, and allowed to fly around the world. But an 83-year-old American woman was later diagnosed with the virus after arriving in Malaysia.