2M Yemeni children may suffer from acute malnutrition in 2021 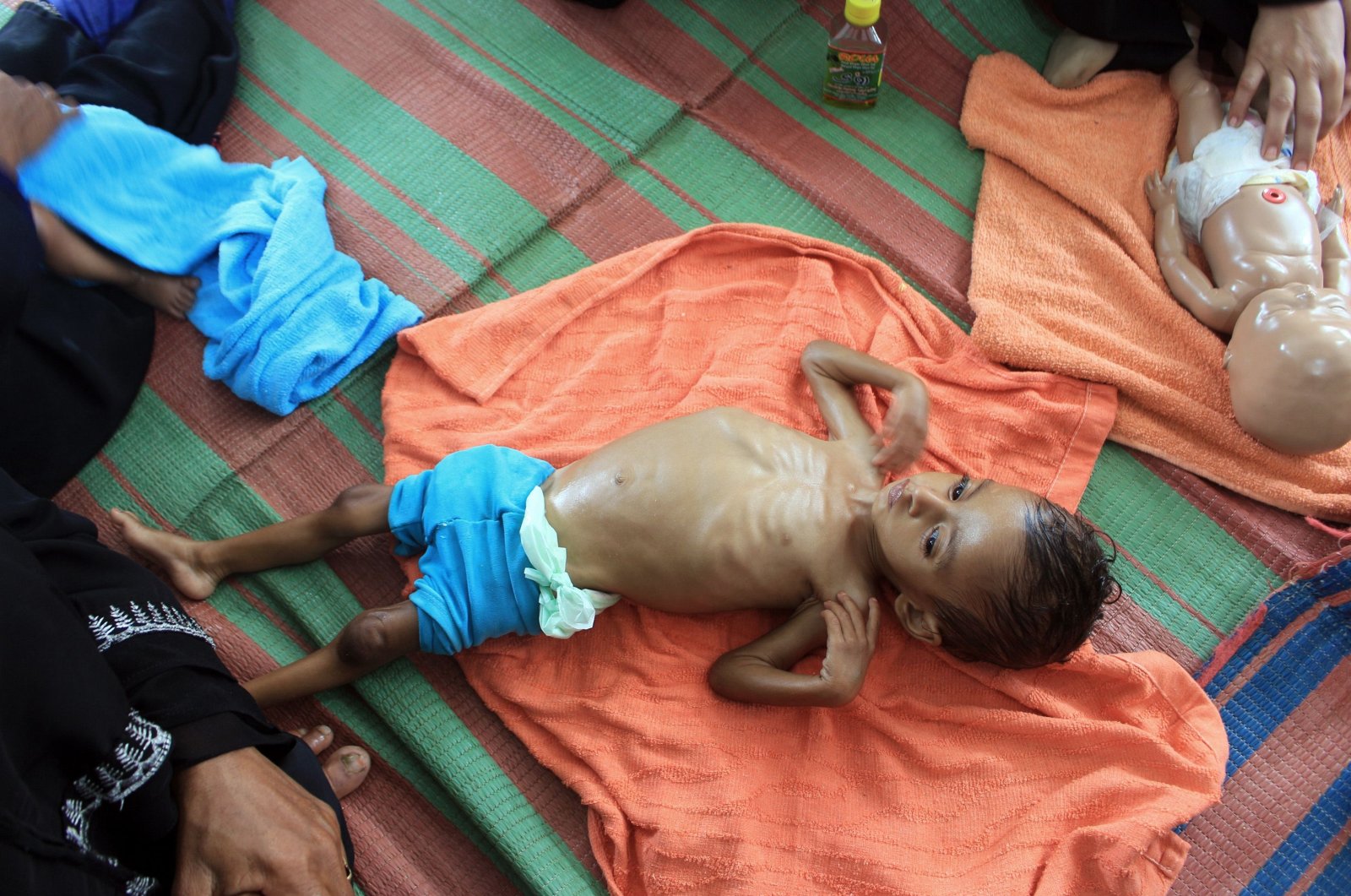 An estimated 2.3 million Yemeni children under the age of five are expected to suffer from severe malnutrition in 2021 due to the Yemeni war, four United Nations agencies said Friday, urging stakeholders to end the yearslong conflict that has brought the Arab world's poorest country to the brink of famine.

The U.N. report warned that 400,000 Yemeni children are at risk of death due to famine and malnutrition, showing an increase of 22% over 2020, according to the U.N. agencies report. Compounding the crisis, around 1.2 million pregnant or breastfeeding women in Yemen are also projected to be acutely malnourished this year.

"These numbers are yet another cry for help from Yemen, where each malnourished child also means a family struggling to survive," said David Beasley executive director of the World Food Program (WFP), which jointly issued the report with the Food and Agriculture Organization (FAO), the United Nations Children's Fund (UNICEF) and the World Health Organization (WHO).

“More children will die with every day that passes without action,” UNICEF head Henrietta Fore said. “Humanitarian organizations need urgent predictable resources and unhindered access to communities on the ground to be able to save lives.”

As millions of Yemeni are on the brink of famine, with a destroyed economy and broken infrastructure, FAO Director-General QU Dongyu noted that the situation worsened even more due to the COVID-19 pandemic.

"Without security and stability across the country and improved access to farmers so that they are provided with the means to resume growing enough food, Yemen’s children and their families will continue to slip dipper into hunger and malnutrition," Dongyu said.

According to the U.N., more than 3 million people have been displaced, and nearly 80% of the 29 million Yemeni population are in need of aid. The U.N. reported that only $1.4 billion has been received out of the $3.2 billion needed to fund aid projects and campaigns in Yemen.

Beasley said Yemen is facing “a toxic mix of conflict, economic collapse and a severe shortage of funding,” adding that the solution is “food and an end to the violence.”

Six years of a power struggle between the Saudi-led coalition supporting the internationally-recognized government and the Iranian-backed Houthi rebels have been catastrophic for Yemen.

The U.S was backing the Saudi-led coalition until last week when U.S. President Joe Biden announced his plan to step up U.S. diplomacy to end the war in Yemen, showing the commitment by “ending all American support for offensive operations in the war in Yemen.”

"Malnourished children are more vulnerable to diseases... It is a vicious and often deadly cycle, but with relatively cheap and simple interventions, many lives can be saved," said WHO Director-General Tedros Adhanom Ghebreyesus.