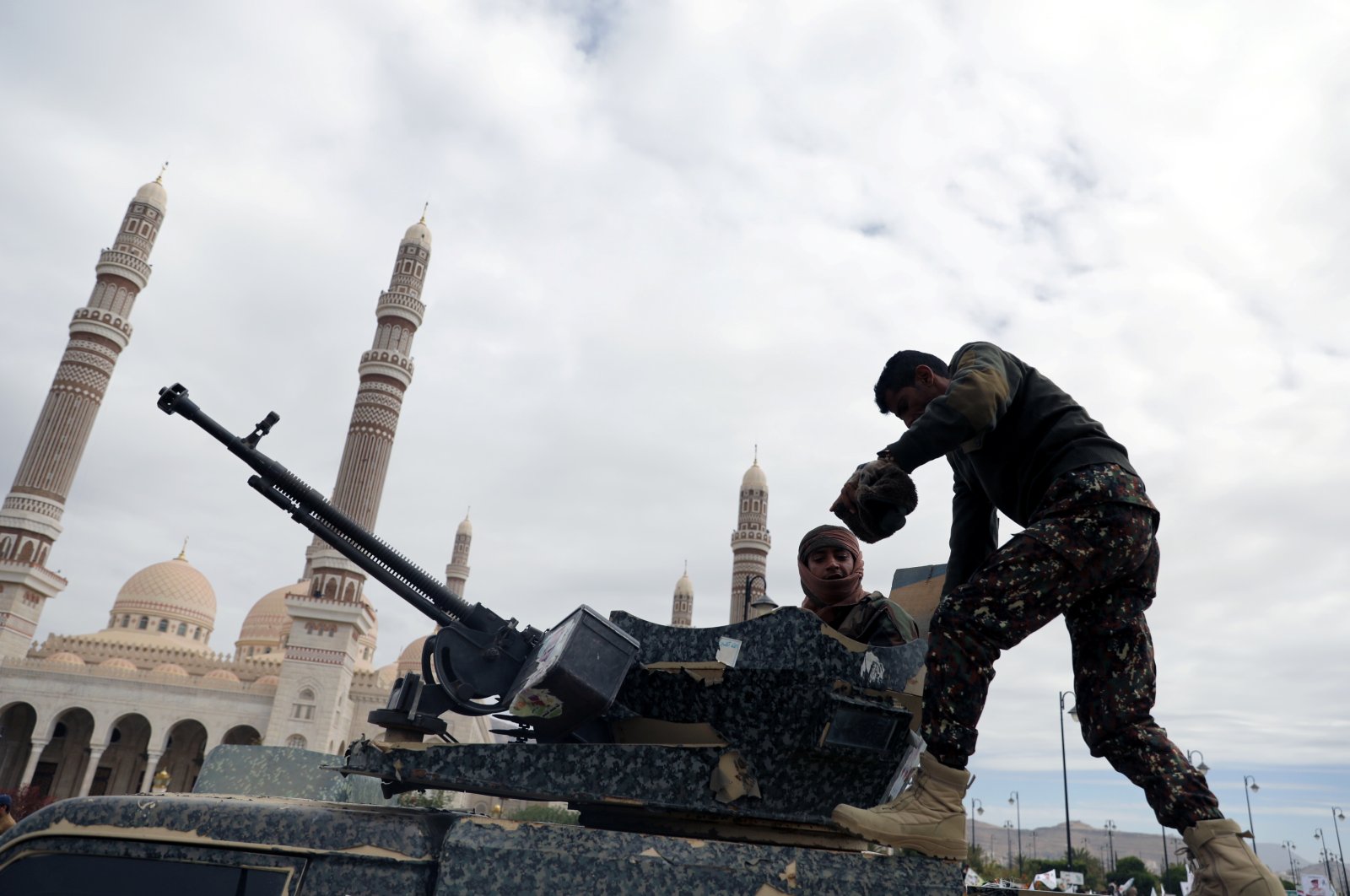 Soldiers secure the site of the funeral of Houthi fighters killed in recent fighting against forces of the internationally-recognized government, in Sanaa, Yemen, Nov. 25, 2020. (Reuters Photo)
by REUTERS Nov 25, 2020 2:30 pm
RECOMMENDED

Yemen's Houthi rebels have at a long last approved a United Nations assessment plan concerning an oil tanker that is rapidly deteriorating off the nation's coast, threatening to spill 1.1 million barrels of crude oil into the Red Sea.

Staff and equipment are be expected to arrive at the tanker by late January or early February, U.N. spokesperson Stephane Dujarric told reporters on Tuesday.

The Houthi-appointed deputy foreign minister, Hussein al-Azzi, said on Sunday that the Iranian-backed rebels had sent a letter confirming they would welcome the U.N. team of experts, adding they were waiting for confirmation of an arrival date.

"It represents an important step forward in this critical work," Dujarric said, adding the letter was received on Saturday.

The United Nations has warned that the Safer, stranded since 2015, could spill four times as much oil as the 1989 Exxon Valdez disaster near Alaska, but access to the vessel has been complicated by the war in Yemen.

The Iran-aligned Houthi group, which controls the area where the tanker is moored and the national oil firm that owns it, agreed in July to allow a technical team to assess the ship and conduct whatever repairs may be feasible but the final agreement on logistical arrangements did not materialize.

Dujarric said the experts will assess the tanker and possibly conduct light maintenance. The United Nations has a plan, but now needs to procure equipment and permits, which will take time, he explained.

"The de facto authorities have assured us that they will provide all the necessary facilitation to ensure that the expert team can deploy as quickly as possible," he said.

The Safer, built in 1974, is moored off the Ras Issa oil terminal, 60 kilometers (40 miles) north of the port of Hodeidah.

The area is held by the Houthis, but the high seas are controlled by a Saudi-led coalition that intervened in Yemen in 2015 against the movement and has prevented it from selling oil.

The U.N. and the Houthis say water has entered the Safer's engine room at least twice since 2015. The latest leak in May was plugged by Safer Corp divers and Houthi naval units.

"The agreement to allow access to the SAFER tanker is welcome (and overdue). Making it safe as soon as possible will prevent a potentially huge environmental disaster," Britain's ambassador to Yemen, Michael Aron, said on Wednesday.