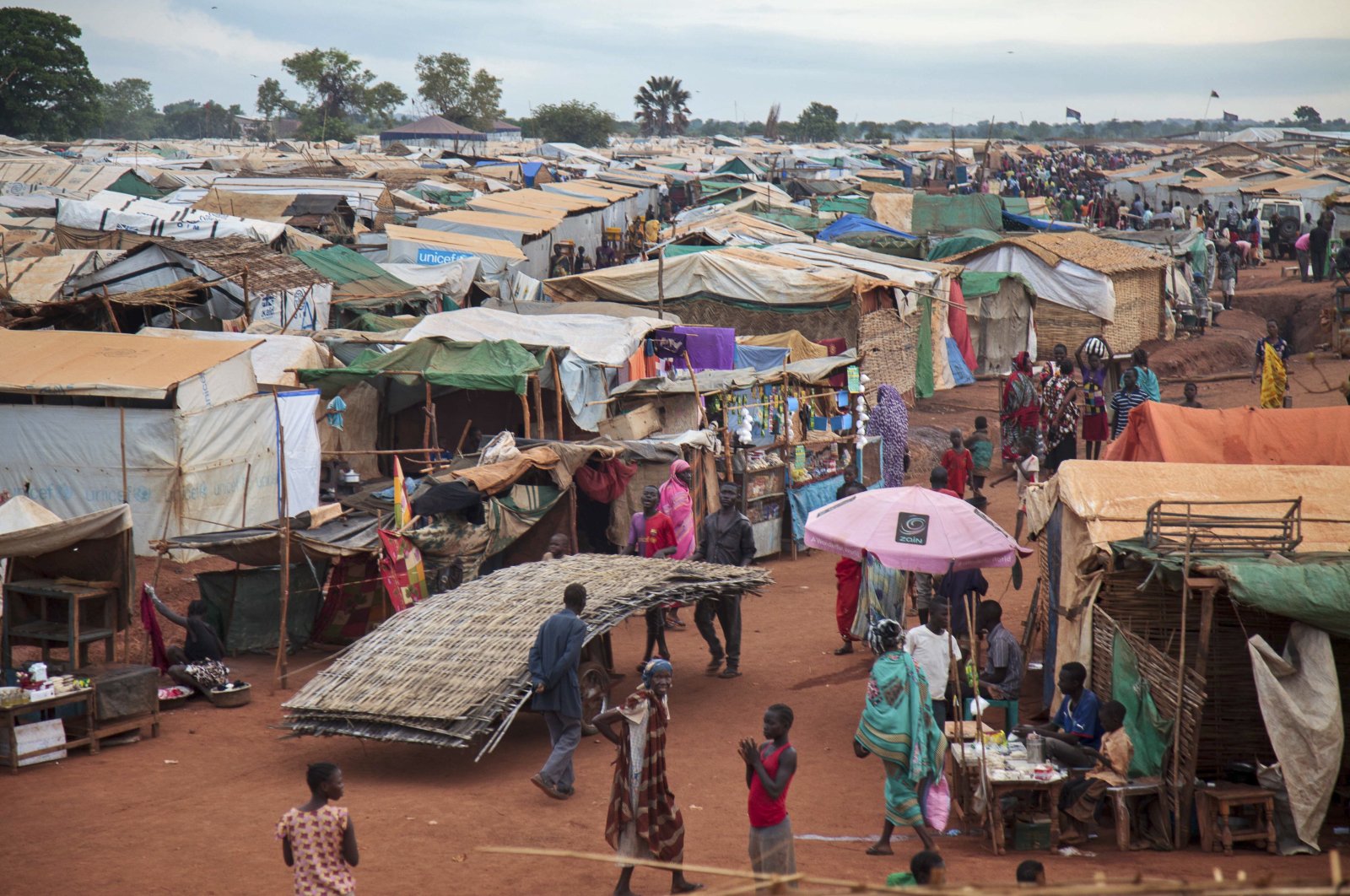 U.N. Secretary-General Antonio Guterres warned that there is a risk of famine and widespread food insecurity in four countries affected by conflict — Congo, Yemen, northeast Nigeria and South Sudan — and the lives of millions of people are in danger.

In a note to Security Council members obtained by The Associated Press on Friday, the U.N. chief said the four countries rank “among the largest food crises in the world,” according to the 2020 Global Report on Food Crises and recent food security analyses. But funding to help is very low, he said.

“Action is needed now,” Guterres said. “Having endured years of armed conflict and related violence, the people of the Democratic Republic of the Congo, Yemen, northeast Nigeria and South Sudan are again facing the specter of heightened food insecurity and potentially famine.”

The U.N. chief said key indicators “are similarly deteriorating” in a number of other conflict-hit countries including Somalia, Burkina Faso and Afghanistan.

“The situation varies from country to country, but civilians are being killed, injured and displaced; livelihoods are destroyed; and availability of and access to food disrupted, amid growing fragility,” Guterres said. “At the same time, humanitarian operations are attacked, delayed or obstructed from delivering life-saving assistance.”

He said food insecurity in conflict-affected countries “is now further exacerbated by natural disasters, economic shocks and public health crises, all compounded by the COVID-19 pandemic.”

U.N. humanitarian chief Mark Lowcock said in an interview with AP that the economic fallout from the pandemic including lock downs, border closures and restrictions on movement have all had “a big effect on food security and agricultural productivity.”

And extremists have taken the opportunity “to make hay out of all this,” he said.

“Everybody is very preoccupied by COVID and the virus,” Lowcock said. But “it is not the virus that’s creating most of the carnage. It is other things, and we need to focus on the things that will really cause the biggest loss of life.”

Lowcock said many of those things are consequences of COVID-19 __ the economic contraction, the declining availability of basic public services, “the insecurity into which extremist groups are occupying themselves.”

He said a lot of effort has gone into things like providing personal protective equipment, public information campaigns on the virus, water and sanitation campaigns, “all of which are good things.”

“But if you do those at the expense of basic humanitarian needs in these badly affected places, what you end up with is not a reduction in loss of life but an increase in loss of life,” Lowcock said.

He said having four countries meet the requirement in a 2018 Security Council resolution to report to the council when the risk of conflict-induced famine and widespread food insecurity occurs is highly significant.

According to the secretary-general’s note, escalating violence in volatile eastern Congo “is again driving disastrous levels of food insecurity and hunger,” and the latest analysis “indicates that over 21 million people are in crisis or worse levels of acute food insecurity.”

With only 22% of the U.N. humanitarian appeal currently funded, Guterres said, “core programs will need to be reduced or suspended.”

In Yemen, where the international community mobilized to prevent famine two years ago, he said, “the risk is slowly returning.” Escalating conflict and economic decline brought the Arab world’s poorest nation to the brink of famine two years ago, and similar conditions and worsening key indicators are emerging today, he said.

A recent survey indicated that 3.2 million people in government-controlled areas are now “highly food insecure,” and food prices are 140% higher than averages before the conflict began in 2015, Guterres said. “But with only 24% of humanitarian requirements funded in 2020, agencies are now forced to reduce or close core programs.”

In northeast Nigeria’s Borno, Adamawa and Yobe states, he said, “alarming levels of food insecurity and hunger have arisen largely as a result of the actions” of extremists affiliated with armed groups.

Guterres said estimates suggest more than 10 million people in the three states — about 80% of the population — need humanitarian assistance and protection, an almost 50% increase since last year and the highest recorded since humanitarian operations began. Yet, the U.N. appeal is only 33% funded, its lowest level, he said.

In South Sudan’s Jonglei and Greater Pibor administrative area, Guterres said the situation deteriorated rapidly in the first half of 2020, “fueled by escalating violence and insecurity,” Guterres said.

Fighting has been accompanied by widespread attacks on agricultural and pastoral land and the looting of livestock and food, leaving more that 1.4 million people in the area “facing crisis or worse levels of acute food insecurity, he said. In addition, at least 350,000 children suffer from severe or moderate acute malnutrition.”

Guterres said the latest outlook from the Famine Early Warning Systems Network “is flagging worsening catastrophe conditions ... in areas affected by the violence.”

Lowcock said “there’s a paradox” because overall U.N. humanitarian funding is ahead of 2019, which was a record year.

“But the money is not following the greatest need,” he said. “Some of our appeals are relatively well funded, but some of the places where the problems are worst are poorly funded — Nigeria, Yemen, Congo, they’re all in that category.”