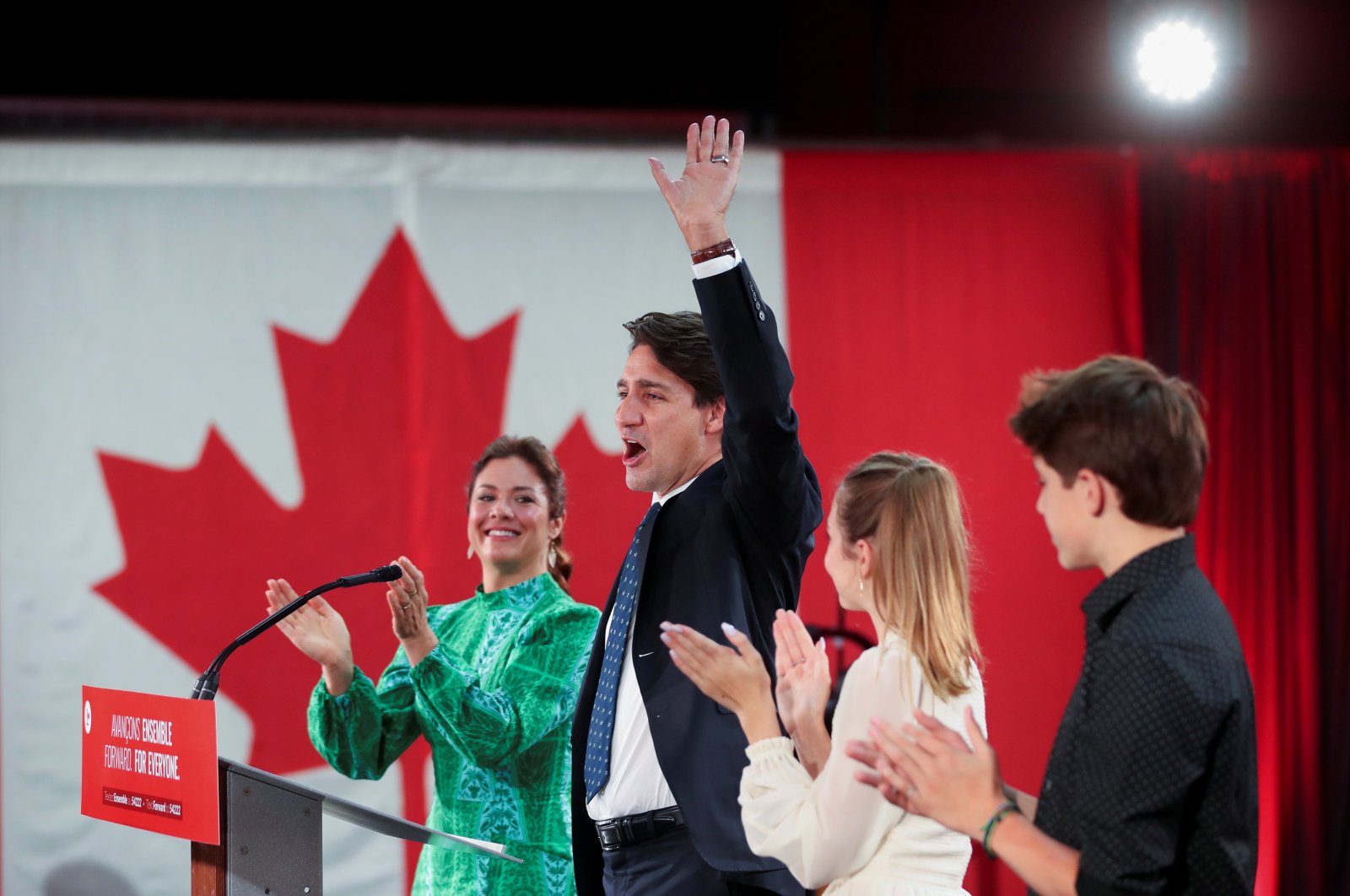 Following a narrow Liberal win in Monday's election that largely preserved the status quo, many Canadians are bemoaning what they see as an unnecessary, expensive pandemic election that racked up a cost of C$612 million ($477.60 million).

Prime Minister Justin Trudeau's Liberals won the election, but it was unpopular from the start for its timing, two years ahead of schedule and during a rising fourth wave of COVID-19.

Voters gave Trudeau a third term but denied him the parliamentary majority he called the election to win. The Liberals are leading or elected in 158 of 338 districts, just three more than they entered the election with. A majority requires 170 seats.

Other parties did not fare much better, ending up largely with the same number of seats they had before the election.

"C$600 million and all I got was this lousy pencil," one Calgary man tweeted, referring to the stubby pencil used to mark ballots.

"Waste of money" trended on social media as voters questioned the time and expense involved. Elections Canada, which runs the vote, projected that it cost C$110 million more than the 2019 election, which cost C$502 million.

Holding the election during a pandemic generated extra expenses, such as counting a flood of mail-in ballots and supplying single-use pencils, masks and hand sanitizer, the elections agency said.

The Liberals, Conservatives and New Democrats were each allowed to spend about C$30 million of their own money on the campaign.

The vote also happened as the Liberals have run up a record national debt of C$1 trillion ($785 billion) to manage the pandemic and pushed budget deficits to highs not seen since World War Two.

Sheila Colla, an associate professor of environmental studies at Toronto's York University, worried about the cost to the planet of campaign travel across one of the world's biggest countries by area.

"Fossil fuels burned while reporters and leaders flew across the country. Election 44 was an incredibly wasteful (Liberal) vanity project," she said.

Trudeau, in power since 2015, said in his victory speech that Canadians had granted him a "clear mandate" to guide Canada through the pandemic.

But last week Trudeau acknowledged the unpopularity of holding an election as infections multiply.

“I understand the frustration that some people are feeling," he told supporters. "They just want things to get back to normal and an election isn’t getting back to normal."

"Nothing happened! Trudeau got less than one-third of popular vote. He treats the election as a victory?"

Another election may be on the horizon, as minority governments usually do not last long. Trudeau said this month another election could happen in 18 months if no one wins a parliamentary majority.

"(It's) almost as if Canadians spelled out, 'we don’t want an election now' with their votes," Doug Porter, chief economist at BMO Capital Markets, said of Monday's result.