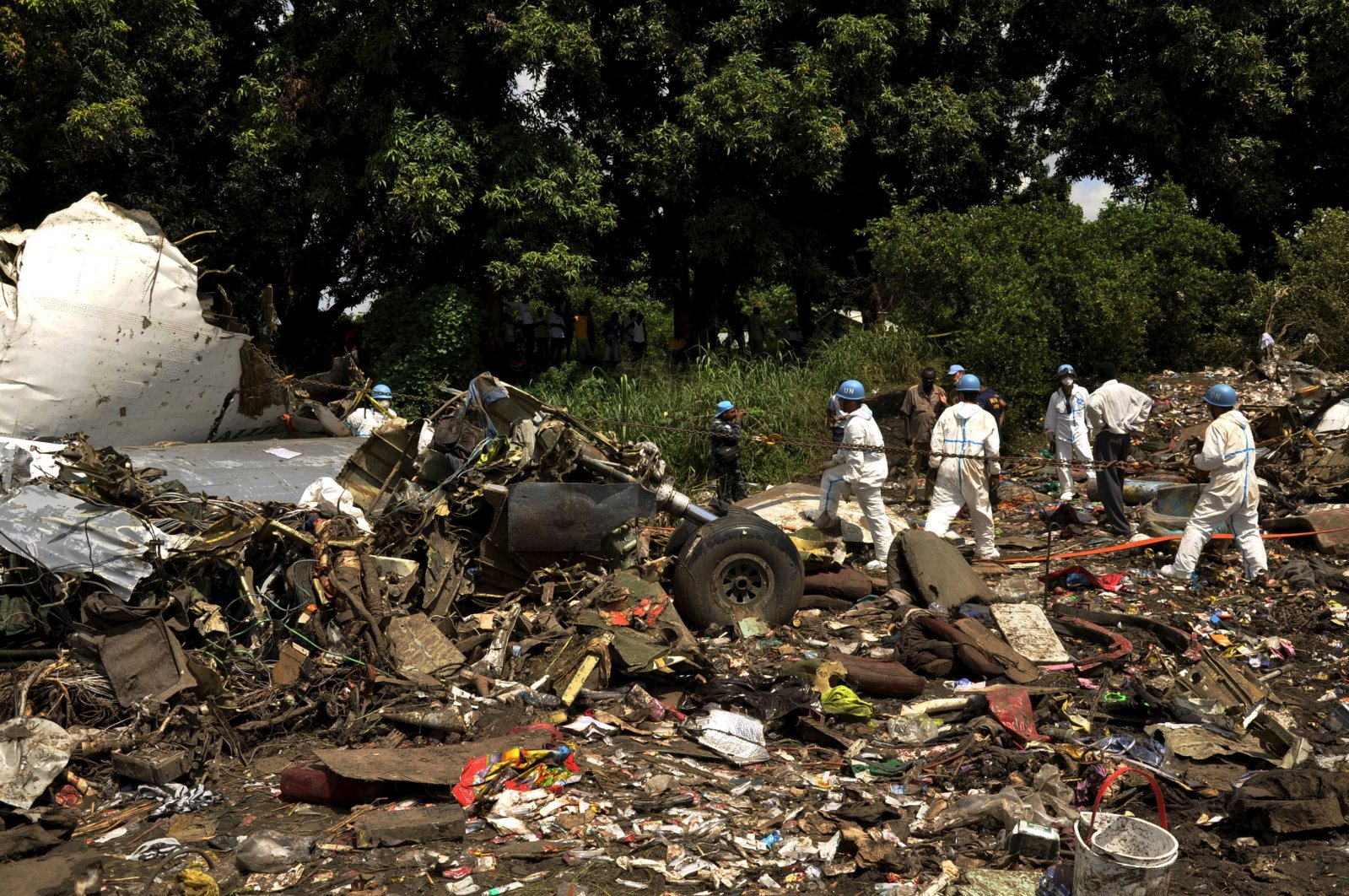 United Nations aviation experts investigate the wreckage of a cargo airplane that crashed after take off near Juba Airport in South Sudan on Nov. 5, 2015. (Reuters File Photo)
by Agencies Mar 02, 2021 11:34 pm

Several people are feared dead due to a plane crash in South Sudan, the director of Juba International Airport said in a statement late Tuesday according to Anadolu Agency.

Meanwhile, South Sudan News Now, a local newspaper, reported that the plane crashed in Jonglei State's Uror County several minutes after leaving for Juba from Pieri's airstrip, which lies to the north of the capital, with all eight passengers and two pilots on board being killed.

The plane crashed in the outskirts of Pieri Payam region at 5 p.m. local time (7 p.m. GMT), the paper said.

The plane is a commercial aircraft operated by South Sudan Supreme Airlines, according to local sources.

The victims' identities are still being investigated, the report said.

This is the second such incident reported involving an aircraft operated by the regional airline.

The first occurred in 2017 when a South Supreme Airlines plane caught fire and made a crash landing, but luckily there were no fatalities.