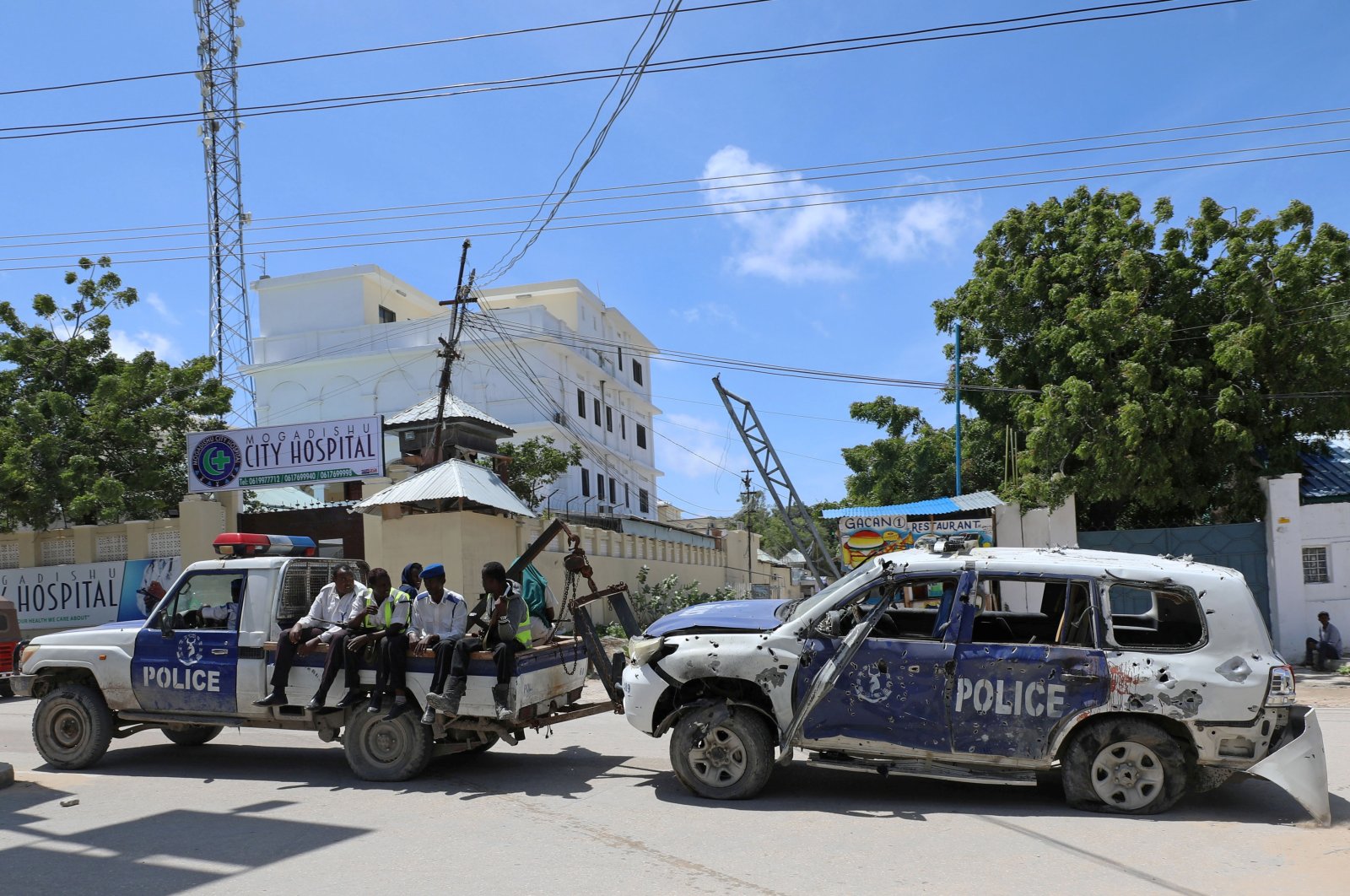 At least 11 people, including soldiers and civilians, were killed and several others wounded when a suicide bomber blew himself up at a tea shop in Mogadishu's Wadajir neighborhood on Tuesday evening, said the police.

Dadir Hassan, a police officer in the capital Mogadishu, told Anadolu Agency (AA) over the phone that the suicide bomber targeted a busy tea shop near a major military base in Mogadishu.

"The preliminary investigations confirmed that the attack was a result of lone suicide bomber who blew himself at a teashop where security forces and civilians frequented and we can confirm that at least 11 people, including soldiers, were killed and several others wounded," Hassan said.

Several people, most of them civilians, were also wounded in the suicide bombing and they were rushed to hospitals for treatment, he said.

The police officer added that security forces from different agencies of the government rushed to the scene and investigations are currently underway.

General Dhagabadan military training facility is located hundreds of steps away from where the suicide bomber detonated and there were a large number of security forces present in the area, according to residents who spoke to AA over the phone after the attack.

Somali-based al-Qaida affiliated terrorist group al-Shabab claimed responsibility for the suicide attack in Mogadishu on Tuesday evening, saying it had killed 11 soldiers and wounded 16 others.

"This barbaric act shows how al-Shabaab terrorists are thirsty for the indiscriminate bloodshed of the Somali people, forcing us to cooperate in fighting terrorism," Roble said.

Al-Shabab has been behind hundreds of terrorist attacks over the years, including a 2017 bombing in the capital Mogadishu that took some 600 lives, the worst attack in the country's history.