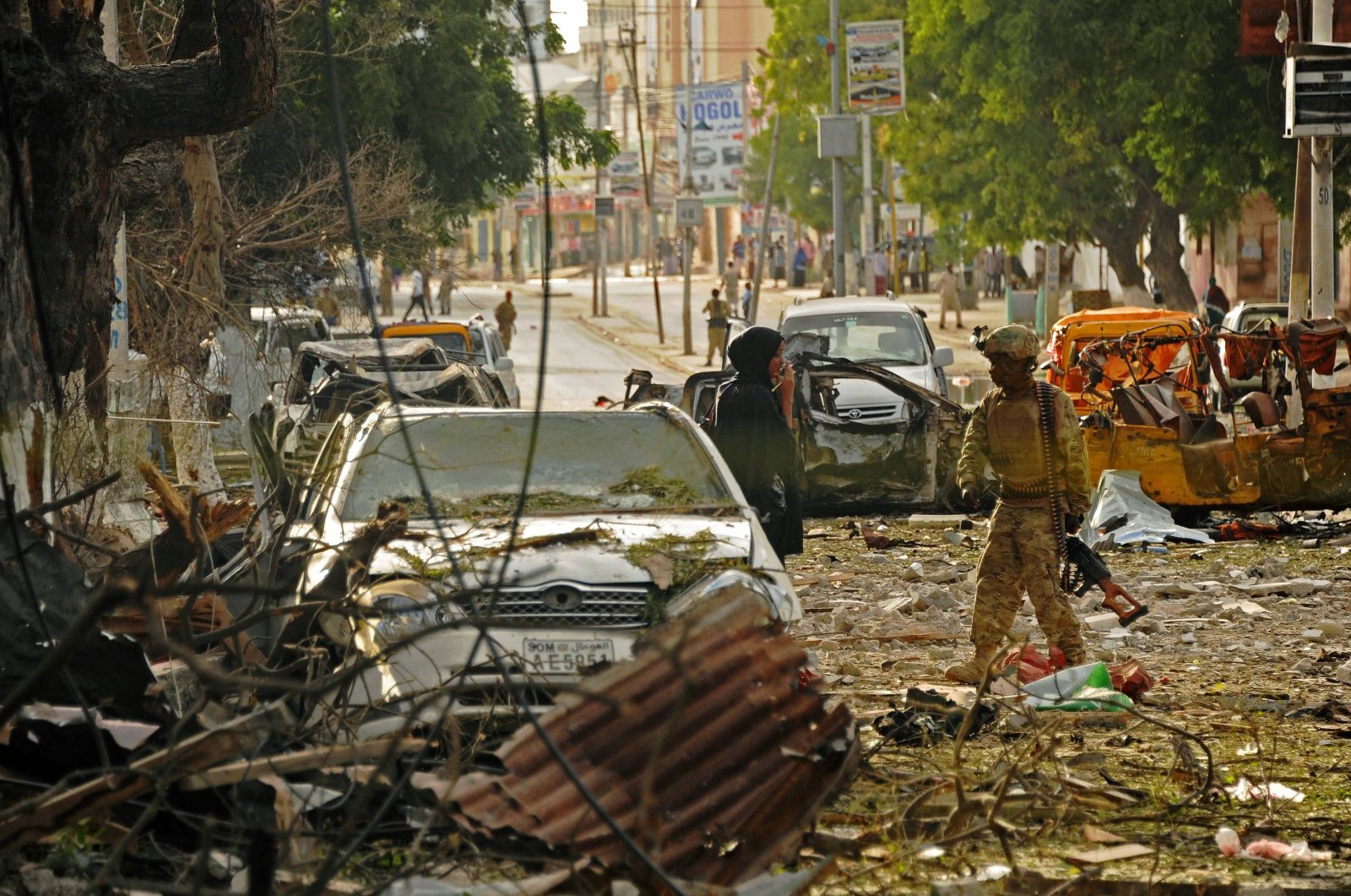 A woman stands next to the military on the scene of a terror attack on the Ambassador Hotel claimed by Somalia's Al-Qaeda-linked Shabaab, in Mogadishu on June 2, 2016. (AFP Photo)
by REUTERS Oct 13, 2020 4:14 pm

The killings, which happened on Monday night, followed two attacks in the same zone last month when 45 people lost their lives, and Prime Minister Abiy Ahmed’s government is faced with rising insecurity in many parts of the country.

The killings started as revenge following the assassination of the brother of a local official, the spokesman said.

Victims included women and children as young as six months, and many were slaughtered in their homes, according to a senior member of the new political party the National Movement of Amhara (NAMA) and a local survivor who requested anonymity for fear of repercussions.

"I saw a six-month-old girl who had been slaughtered at home and her little body thrown in a field," the survivor told Reuters by phone. "I participated in the funeral of 13 people who were killed."

Deputy Prime Minister Demeke Mekonnen called on people in the Metakal zone to get armed to defend themselves and told the state-run Ethiopian Broadcasting Corporation that the security situation in the region was "heartbreaking."

Benishangul-Gumuz is a region bordering Sudan.

The Ethiopian Human Rights Commission said last month that hundreds of civilians were displaced as a result of the violence and asked regional authorities to launch an investigation.