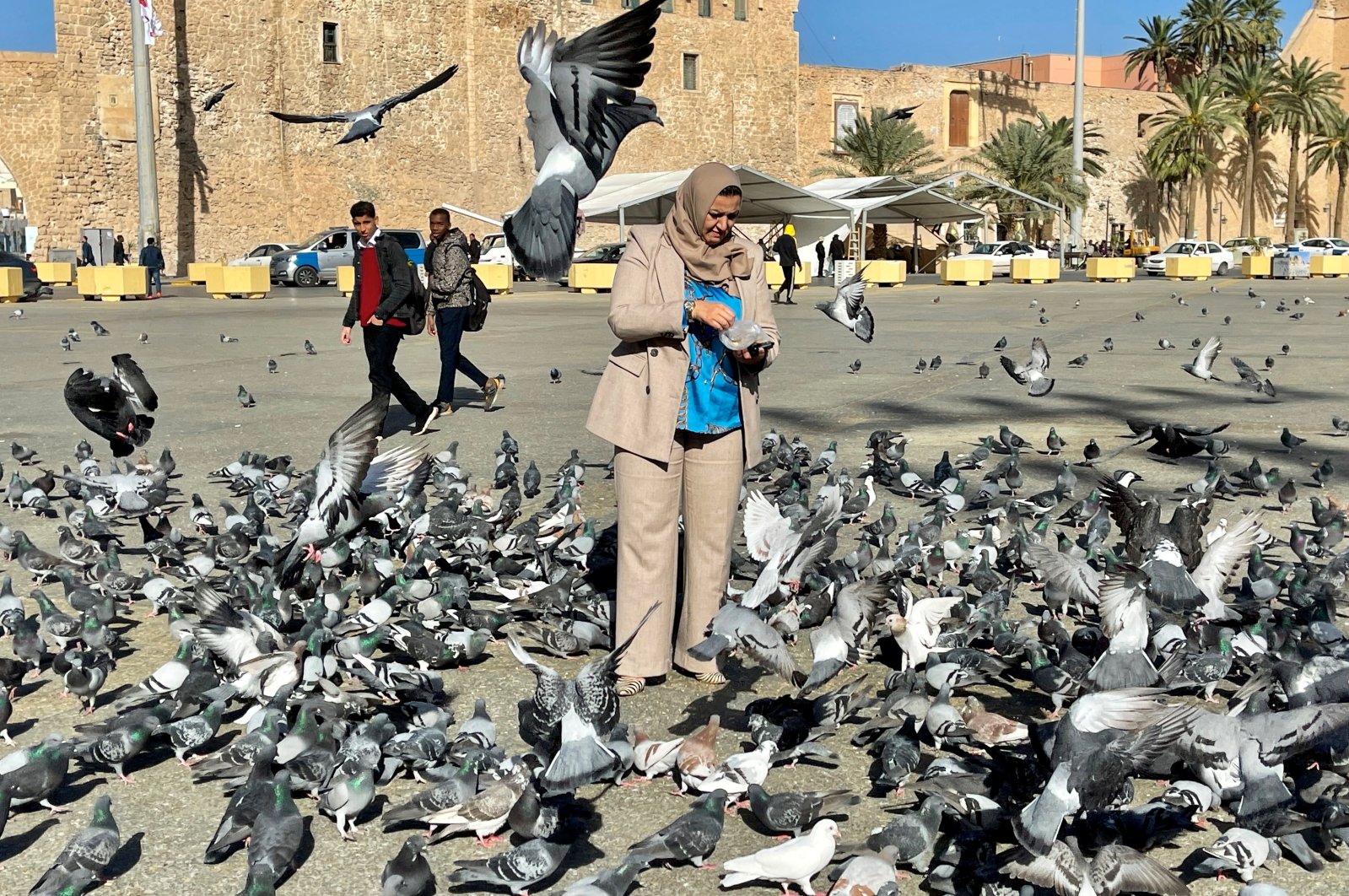 Even when political activist Laila bin Khalifa met one of her male rivals in the Dec. 24 election, he mocked her candidacy, questioning whether she expected to win any votes.

That Khalifa is one of only two women to stand for president in a field of 98 registered candidates is evidence that a decade of chaos has entrenched Libya's patriarchal politics.

With the election still in doubt as rival factions squabble over the rules, the field remains dominated by male armed leaders and political chieftains who have ruled over the fractured country since its 2011 uprising.

"When I announced my candidacy I saw comments saying my place is in the home, cooking. I tell them 'My place is everywhere,'" she told Reuters.

Khalifa, aged 43 and from the hill town of Zuwara in western Libya, has been a prominent figure in the "30% campaign" demanding the interim government honor its promise of having women in just under a third of top government roles.

Although the government installed a woman as its foreign minister for the first time, it fell short of the 30% target.

"Agreements that take place in closed rooms are not always fair," Khalifa said, referring to political jostling that pushed some women aside.

At the Tripoli villa serving as her campaign office, with lists of phone numbers stuck to the walls, her four young staff members debated whether to kick off her program with events in the capital or in southern Libya.

The official campaign has not yet started as the electoral commission and courts weigh appeals over the eligibility of some candidates – a process fraught with political rivalries and threats to abandon the ballot.

The election commission's initial ruling last month disqualified 25 candidates, but Khalifa and the other woman in the race, Hunaida Tumia, were both accepted.

Both women are based in western Libya, which has been partitioned from eastern areas after a split between warring factions in 2014 that the current peace process and elections aim to resolve.

Libya has had little peace since the 2011 NATO-backed uprising that toppled Moammar Gadhafi, as control of territory, government departments and political institutions was contested by myriad armed groups.

Rights groups have recorded many incidents of violence against women, particularly activists who have tried to hold armed factions to account.

Khalifa had intended to run in the parallel parliamentary election planned for early next year, but when looking for a presidential candidate who could represent her political ideas, she realized she should do so herself.

"I met with personalities and none of them convinced me," she said.

The long list of presidential candidates includes an array of former prime ministers, ministers and other politicians from the various transitional periods and parallel administrations that have characterized Libya's past decade.

The other female candidate, Tumia, 29, has a background in government and business after working for Libya's state investment fund and running a health care company in Tripoli.

"In the presidential elections there is a reluctance, or even discouraging of women and their ability to take decisions," she said, while adding that most people in her circle backed her decision to run.

"I was told to stick to the parliamentary election because I had a better chance than in the presidential election. But I was convinced I had the ability to lead."