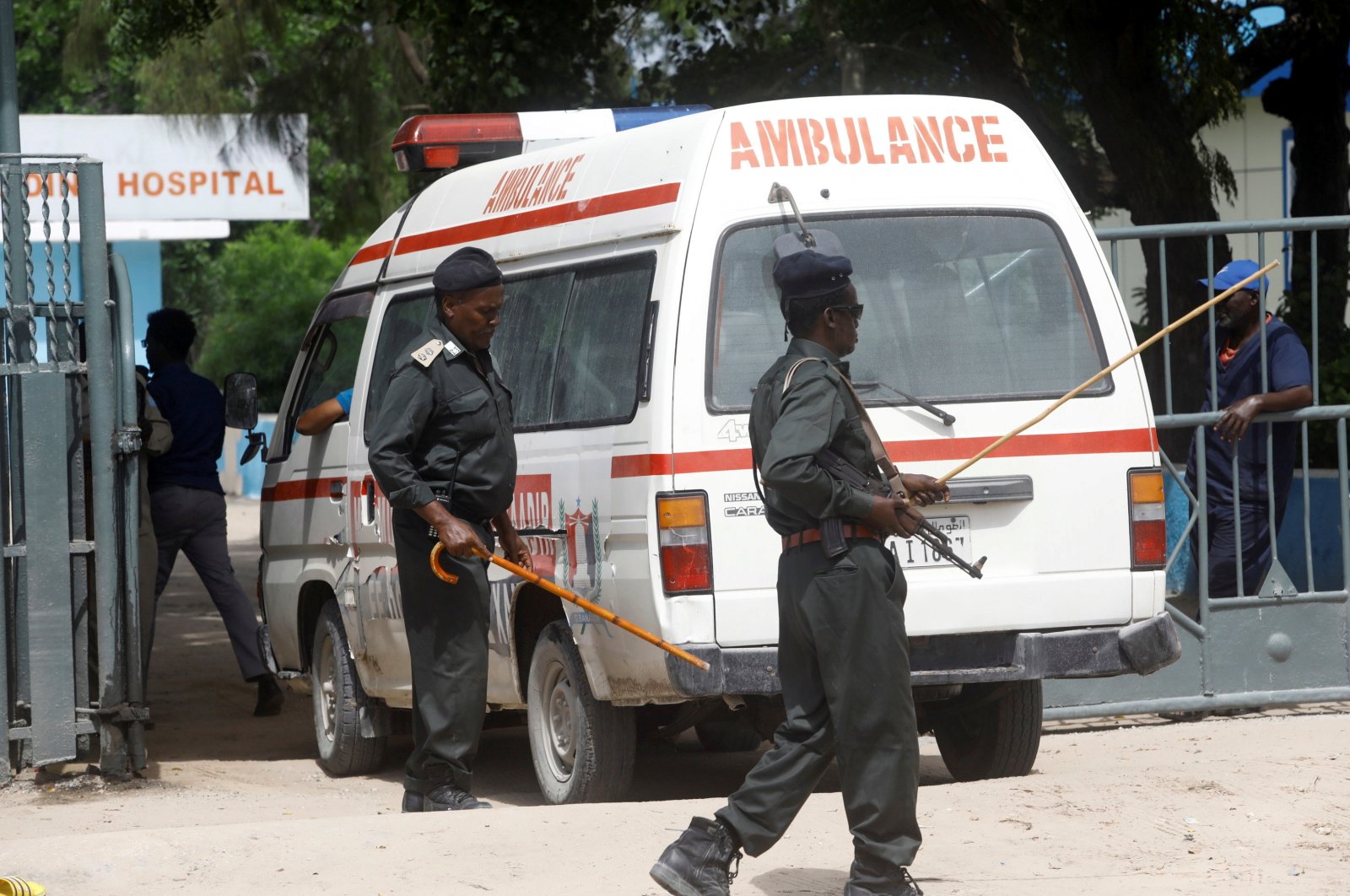 An ambulance carrying wounded from a suicide bombing attack at a military base arrives at a hospital in Mogadishu, Somalia, June 15, 2021. (Reuters Photo)
by Agencies Jun 15, 2021 12:05 pm
RECOMMENDED

At least 20 people, including military trainees and civilians, were killed on Tuesday in a suicide blast at a military training camp in Somalia, according to authorities.

More than 20 others were wounded when a suicide bomber, donning an explosive vest, blew himself up at the General Dhagabadan military facility in the Wadajir district of the capital Mogadishu, where hundreds of new recruits were lined up for training, a military official in the city told Anadolu Agency (AA) on condition of anonymity due to restrictions on talking to the media.

"I have counted about 15 new recruits who have been killed in the blast," army officer Mohamed Adan told Agence France-Presse (AFP), adding the toll could be higher.

Adan said the bomber was disguised among recruits queueing up outside the General Dhegobadan Military Camp when the explosion occurred.

There was no immediate claim of responsibility for the attack, the deadliest in the capital for 18 months.

Soldiers and military facilities are common targets for al-Shabab, an al-Qaida-aligned terrorist group fighting to overthrow the internationally-backed government in Mogadishu.

In December 2019, 81 people were killed by a suicide car bomber at a checkpoint in the city center, while the last major assault on a hotel killed 17 earlier this year.

Somalia has been mired in interlocking crises for the last three decades, with repeated bouts of civil war, clan conflict, terror attacks, famine and political instability.

Al-Shabab rose to prominence in 2006. Despite the long deployment of African Union peacekeepers, al-Shabab remains a potent force even though it has lost much of the territory it once controlled.