219 inmates escape from Uganda prison, some with guns, ammunition 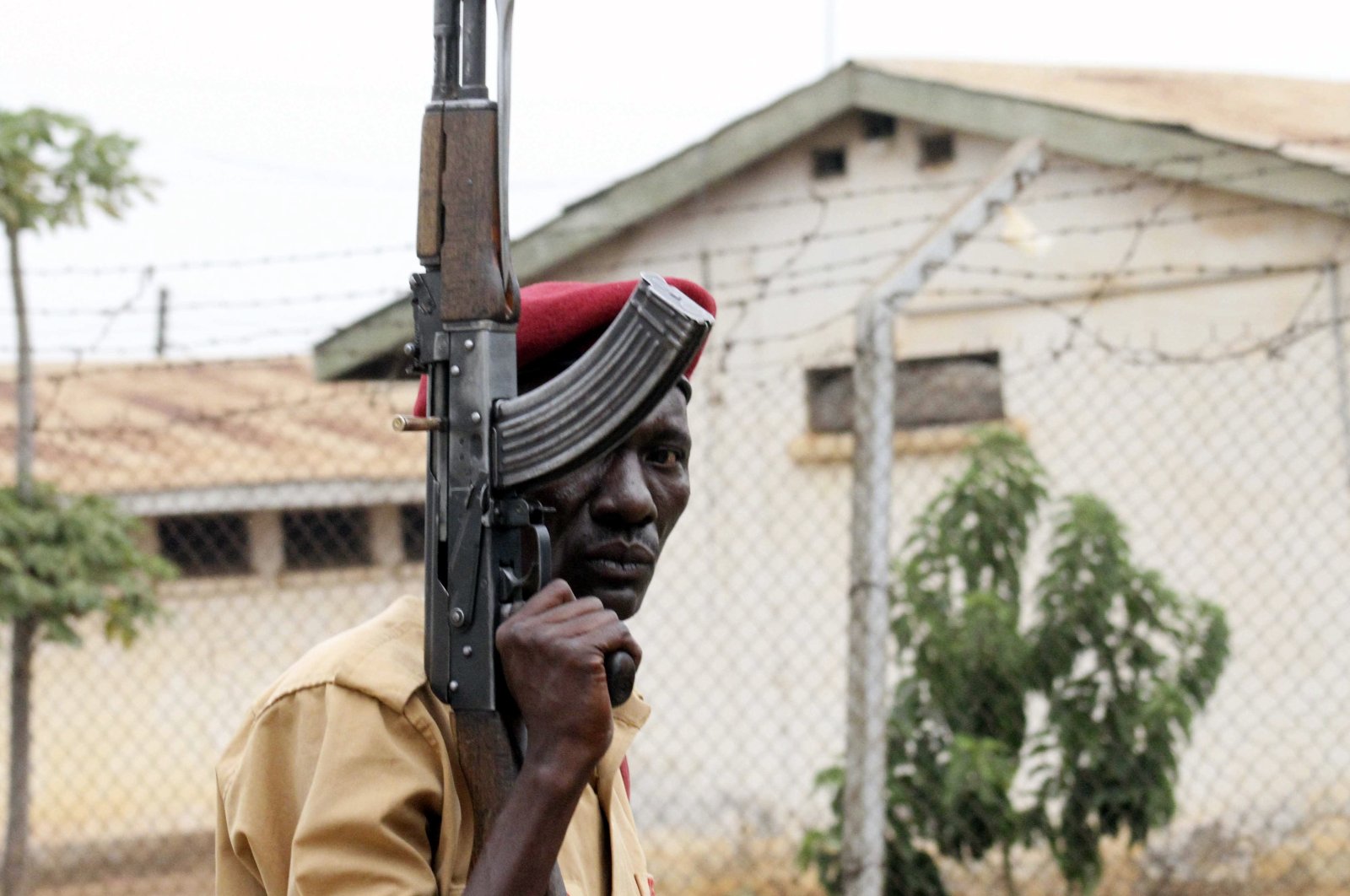 A prison officer carries a rifle as he attempts to quell a prison riot at the Lira Central Prison in northern Uganda, Feb. 13, 2013. (Reuters Photo)
by REUTERS Sep 17, 2020 9:55 am
RECOMMENDED

Prisoners in a Ugandan jail overpowered their guards and 219 of them escaped with at least 15 guns, but two were killed after security forces launched an operation to recapture them, a military spokeswoman said Thursday.

Before fleeing, they broke into the prison armory and stole 15 AK-47 rifles, 20 magazines and other ammunition.

"It's a mass escape ... these were hard-core criminals," she said, adding they included murderers, robbers and rapists.

A big security operation was underway to recapture them, and two of the inmates had been killed in the pursuit while two were rearrested, she said.

The fact they had some weapons and a head start of hours of darkness made the search more difficult, Byekwaso said.

"They've had a whole night to disperse and hide; it complicates our efforts, but we shall get them," she said.

It was Uganda's third prisoner escape since the outbreak of the coronavirus in March as fears of contracting the virus in cramped jails spurred inmates' efforts to break out.

At least three cases of the coronavirus have been reported in Ugandan jails.

The total number of inmates in Uganda rose 10% to 65,000 in the five months to August, according to the prisons service, a surge attributed to a large number of people apprehended for violations of various anti-coronavirus measures like curfews and travel restrictions.

Karamoja, a mountainous area on Uganda's border with Kenya, is also a mineral-rich region where both wildcat and large-scale miners dig for a range of minerals and metals including gold.