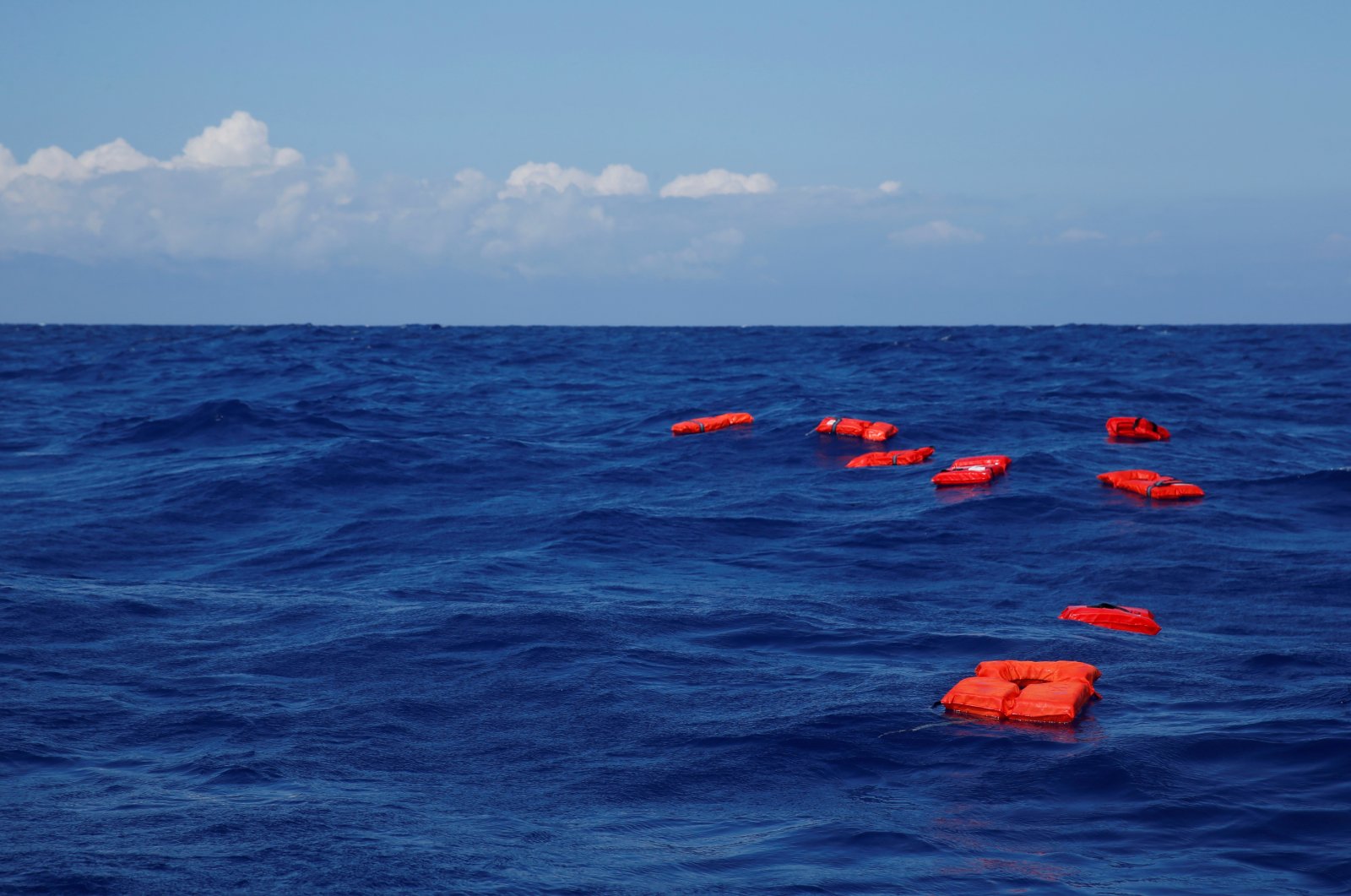 Life jackets float on the water during a training exercise by the German NGO Sea-Eye migrant rescue ship 'Alan Kurdi' while on its way to the search and rescue zone off the North African coast, in the western Mediterranean Sea, August 29, 2019. (Reuters File Photo)
by Daily Sabah with Reuters Jun 24, 2021 6:13 pm

As many as 300 migrants may have died after a ship capsized recently off Yemen's coast, highlighting the risks of a longstanding migration route from the Horn of Africa to the rich Gulf states in search of work, a United Nations official said Thursday.

Gressly made his comments during a webinar sponsored by the National Council on the U.S.-Arab relations. It came just a week after residents reported seeing a number of human bodies washed in Ras al-Arah, on Yemen's Red Sea coast.

The stretch of coast is notorious for the smuggling of migrants from the Horn of Africa into Yemen.

The perilous sea journey from Horn of Africa countries including Ethiopia, Eritrea, Somalia and Djibouti, is part of a longstanding migration route to take people north through Yemen into the rich Gulf states for work.

Yemen has been mired in violence since a Saudi-led coalition intervened against the Houthis in 2015, with 80% of Yemen's population needing aid.