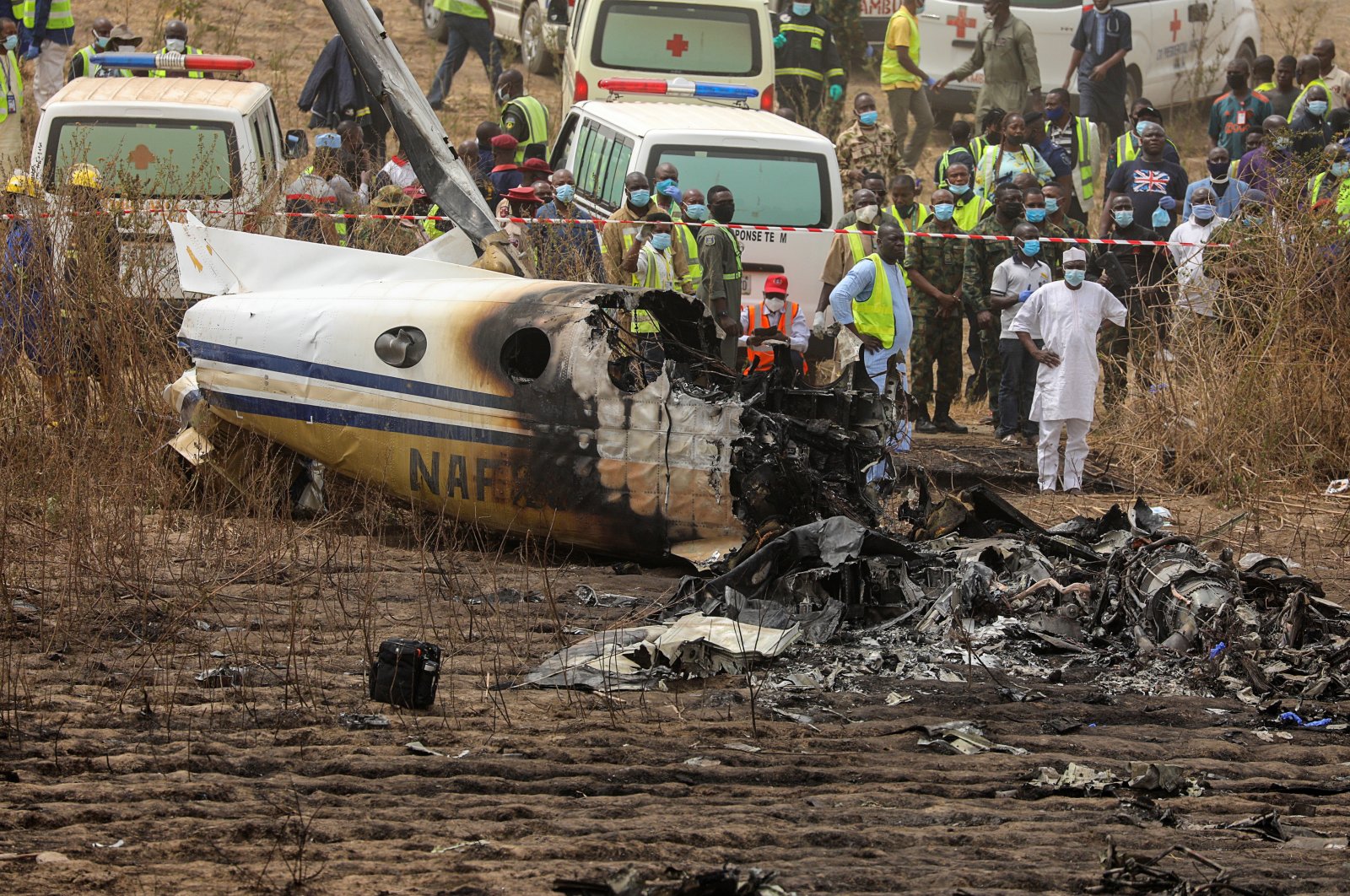 Rescuers and people gather near the debris of a Nigerian air force plane, which according to the aviation minister crashed while approaching the Abuja airport runway, in Abuja, Nigeria, Feb. 21, 2021. (Reuters Photo)
by Agencies Feb 21, 2021 3:34 pm

"A Nigerian Air Force (NAF) Beechcraft KingAir B350i aircraft crashed while returning to the Abuja Airport after reporting engine failure," spokesman Ibikunle Daramola said in a statement. "Sadly, all 7 personnel on board died in the crash," he added, according to remarks carried by Agance France-Presse (AFP).

Nigerian Minister for Aviation Sirika Hadi said earlier on Twitter that "a military aircraft King Air 350 has just crashed short of our Abuja runway after reporting engine failure en route Minna," a city about 110 kilometers (68 miles) northwest of Abuja. He gave no details on casualties but wrote: "It appears to be fatal."

The twin-propeller King Air 350i, a variant of the model, takes up to eight passengers, according to the plane manufacturer's website.

In scrubland just outside the airport perimeter, dozens of military and airport officials picked through scattered debris while the smell of burning chemicals lingered in the air, a Reuters witness said.

Fire engines stood at the ready nearby although no fire or smoke was visible, the witness said.

"We should remain calm & wait for the outcome of investigation by the military," Hadi said in a Tweet.