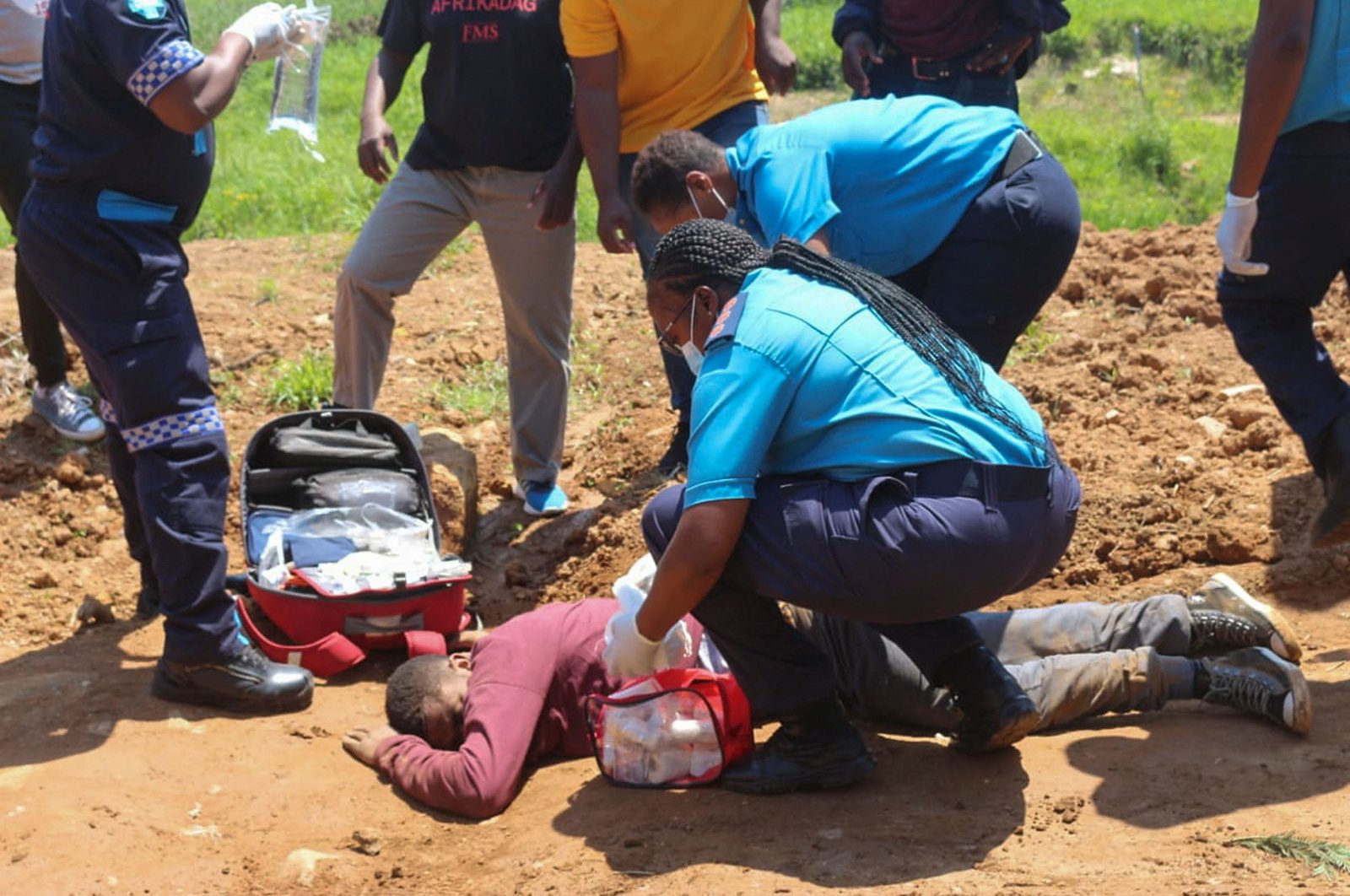 Pro-democracy protests have been ongoing for weeks in parts of the tiny Southern African nation, formerly known as Swaziland. Reports claim dozens have been injured in clashes with security forces and one person has been killed.

Demonstrators have been barricading roads, and looting shops as they demand political reforms, including the lifting of the ban on political parties, freedom of expression and end to King Mswati's rule. They also want two leading legislators, who were arrested in July for being at the forefront of the calls for reform, to be freed.

As the chair of the Southern African Development Community (SADC) Organ on Politics, Defence and Security Cooperation for the 16 Southern African nations, South Africa’s President Cyril Ramaphosa appointed the envoys Thursday. According to a statement, the high-level delegation includes former South African Cabinet ministers, a presidential adviser on international relations, deputy minister of international relations and cooperation as well as representatives of Botswana and Namibia.

The envoys will be accompanied by Elias Magosi, the executive secretary of SADC, the regional body. They will meet with Mswati this week, according to a Ramaphosa office statement.

Demonstrators, who are mostly youth, claim that the current royal political systems in Eswatini have failed to meet the needs of poor citizens and instead only enrich the king and his family.

The 53-year-old king ascended to the throne three decades ago. He is accused of leading a lavish lifestyle and treating opponents harshly. But the kingdom denies the claims.

"We would like to appeal to all Swazis to discourage this behavior and reiterate that there is no room for such anarchy in our society,” he said, referring to the ongoing protests. On Wednesday evening, the government in Eswatini restricted access to social media sites, locals said.

"I have been using VPN (virtual private network) to access some sites, but the internet is slow," a reporter in the Mbabane city told Anadolu Agency (AA). Efforts to get a comment from the government spokespeople were unsuccessful as their phones went unanswered.

According to Reuters, mobile operators have been told to suspend access to Facebook and its messenger app. MTN Eswatini, the local unit of their telecoms group, said it had implemented the directive from the country's communications commission to suspend Facebook access with immediate effect and until further notice. It did not say what reason the commission gave for its order. Eswatini government spokesperson Sabelo Dlamini referred all questions to the communications ministry. A senior official there was not immediately available when called by Reuters seeking comment.

On Wednesday, security forces used live ammunition to break up a pro-democracy protest by nurses, shooting at least 30 of them, their union said.

"Nurses and other workers converged at the Coronation Park were met with an unprecedented show of force by the police and the army," the Swaziland Democratic Nurses Union said in a statement. "They were brutally dispersed and scattered all over the capital. As they were running, they were shot with live ammunition," it added.

Four people were taken to surgery for gunshot wounds, and a total of 30 of the health workers were treated for their injuries, the statement read. The 30 injured were among more than 80 hurt Wednesday in pro-democracy protests. At least 29 people have died since June in some of the worst unrest in the southern African country's history, Agence France-Presse (AFP) said.