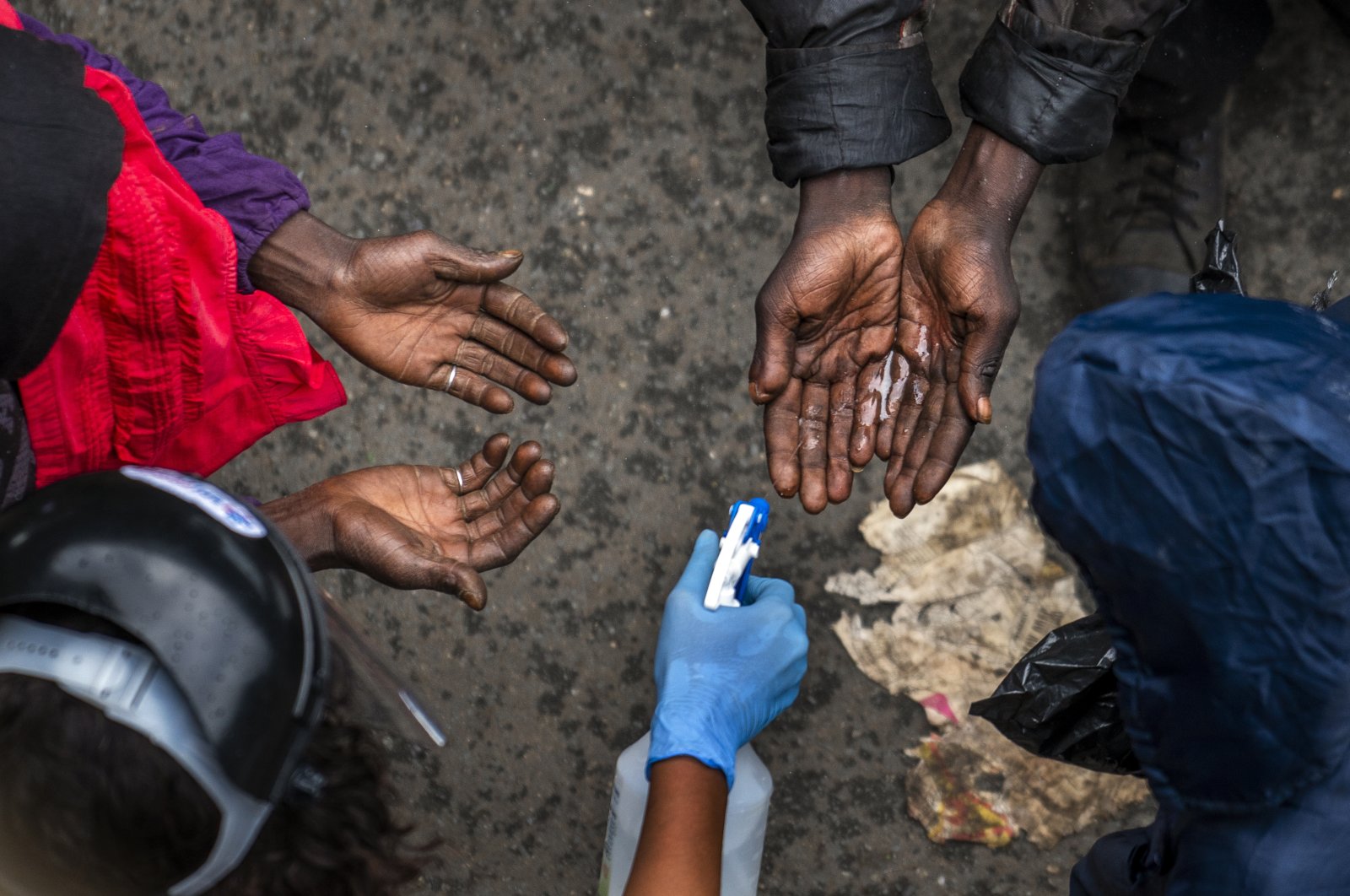 At a lecture to peers this month, John Nkengasong showed images that once dogged Africa, with a magazine cover declaring it “The Hopeless Continent."

He then quoted Ghana's first president, Kwame Nkrumah: “It is clear that we must find an African solution to our problems, and that this can only be found in African unity.”

The coronavirus pandemic has fractured global relationships. But as director of the Africa Centers for Disease Control and Prevention (Africa CDC), Nkengasong has helped to steer Africa’s 54 countries into an alliance praised as responding better than richer countries, including the U.S.

A former U.S. Centers for Disease Control and Prevention (CDC) official, he modeled Africa's version after his ex-employer. Meanwhile, Nkengasong is pained to see the U.S. agency struggle. In an interview with The Associated Press (AP), he didn’t name U.S President Donald Trump but cited “factors we all know.”

While the U.S. nears 200,000 COVID-19 deaths and the world approaches 1 million, Africa's surge has been leveling off. Its 1.4 million confirmed cases are far from the horrors predicted. Antibody testing is expected to show many more infections, but most cases are asymptomatic. Just over 34,000 deaths are confirmed on the continent of 1.3 billion people.

“Africa is doing a lot of things right the rest of the world isn’t,” said Gayle Smith, a former administrator with the U.S. Agency for International Development (USAID). She has watched in astonishment as Washington looks inward instead of leading the world. But Africa “is a great story and one that needs to be told.”

Nkengasong, whom the Gates Foundation honors Tuesday with its Global Goalkeeper Award as a “relentless proponent of global collaboration,” is the continent's most visible narrator. The Cameroon-born virologist insists that Africa can stand up to COVID-19 if given a fighting chance.

Early modeling assumed “a large number of Africans would just die,” Nkengasong said. The Africa CDC decided not to issue projections. “When I looked at the data and the assumptions, I wasn’t convinced," he said.

Health experts point to Africa’s youthful population as a factor in why COVID-19 hasn’t taken a larger toll, along with swift lockdowns and the later arrival of the virus.

He warns against complacency, saying a single case can spark a new surge.

As Africa's top public health official, leading an agency launched only three years ago, he plunged into the race for medical supplies and now a vaccine. At first, it was a shock.

“The collapse of global cooperation and a failure of international solidarity have shoved Africa out of the diagnostics market,” Nkengasong wrote in the journal Nature in April. “If Africa loses, the world loses.”

Supplies slowly improved, and African countries have conducted 13 million tests, enough to cover 1% of the continent’s population. But the ideal is 13 million tests per month, Nkengasong said.

He and other African leaders are haunted by the memories of 12 million Africans dying during the decade it took for affordable HIV drugs to reach the continent. That must not happen again, he said.

This week, more world leaders than ever are gathering online for the biggest global endeavor since COVID-19 appeared, the United Nations General Assembly. If Nkengasong could address them, he would say this: “We should be very careful that history doesn’t record us on the wrong side of it.”

African leaders are expected to say much the same. “The COVID-19 pandemic has shown we have no option but to depend on each other,” Ghana’s president, Nana Akufo-Addo, told the gathering Monday.

Nkengasong urges African countries not to wait for help and rejects the image of the continent holding a begging bowl. The money is there, he said.

Acting on that idea, Africa’s public and private sectors created an online purchasing platform to focus their negotiating power, launched by the African Union to buy directly from manufacturers. Governments can browse and buy rapid testing kits, N95 masks and ventilators, some now manufactured in Africa in another campaign endorsed by heads of state.

Impressed, Caribbean countries have signed on.

“It’s the only part of the world I’m aware of that actually built a supply chain,” said Smith, the former USAID chief.

When the pandemic began, just two African countries could test for the coronavirus. Now all can. Nkengasong was struck by how much information "doesn’t get translated” to member states, so the Africa CDC holds online training on everything from safely handling bodies to genomic surveillance.

“I look at Africa and I look at the U.S., and I’m more optimistic about Africa, to be honest, because of the leadership there is doing their best despite limited resources,” said Sema Sgaier, director of the Surgo Foundation, which produced a COVID-19 vulnerability index for each region. She spoke even as Africa's cases were surging weeks ago.

With COVID-19 vaccines the next urgent issue, African countries held a conference to insist on equitable access and explore manufacturing to end their almost complete reliance on the outside world. They began securing the late-stage clinical trials that long have been held outside the continent, aiming to land 10 as soon as possible.

Nkengasong said Africa needs at least 1.5 billion vaccine doses, enough to cover 60% of the population for “herd immunity” with the two likely required doses. That will cost about $10 billion.

The World Health Organization (WHO) says Africa should receive at least 220 million doses through an international effort to develop and distribute a vaccine known as COVAX.

That is welcome but not enough, Nkengasong said.

His next hurdle is how to deliver doses throughout the vast continent with the world’s worst infrastructure. Less than half of Africa's countries have access to modern health care facilities, he said.

COVID-19’s effects are “devastating” for Africa, from education to economies to the fight against other diseases. Nkengasong plans a major conference next year to press countries to significantly increase health spending ahead of the next pandemic.

“If we do not," he said, "something is terribly wrong with us.”