Al-Shabab terrorists kill 12 at military base in Somalia 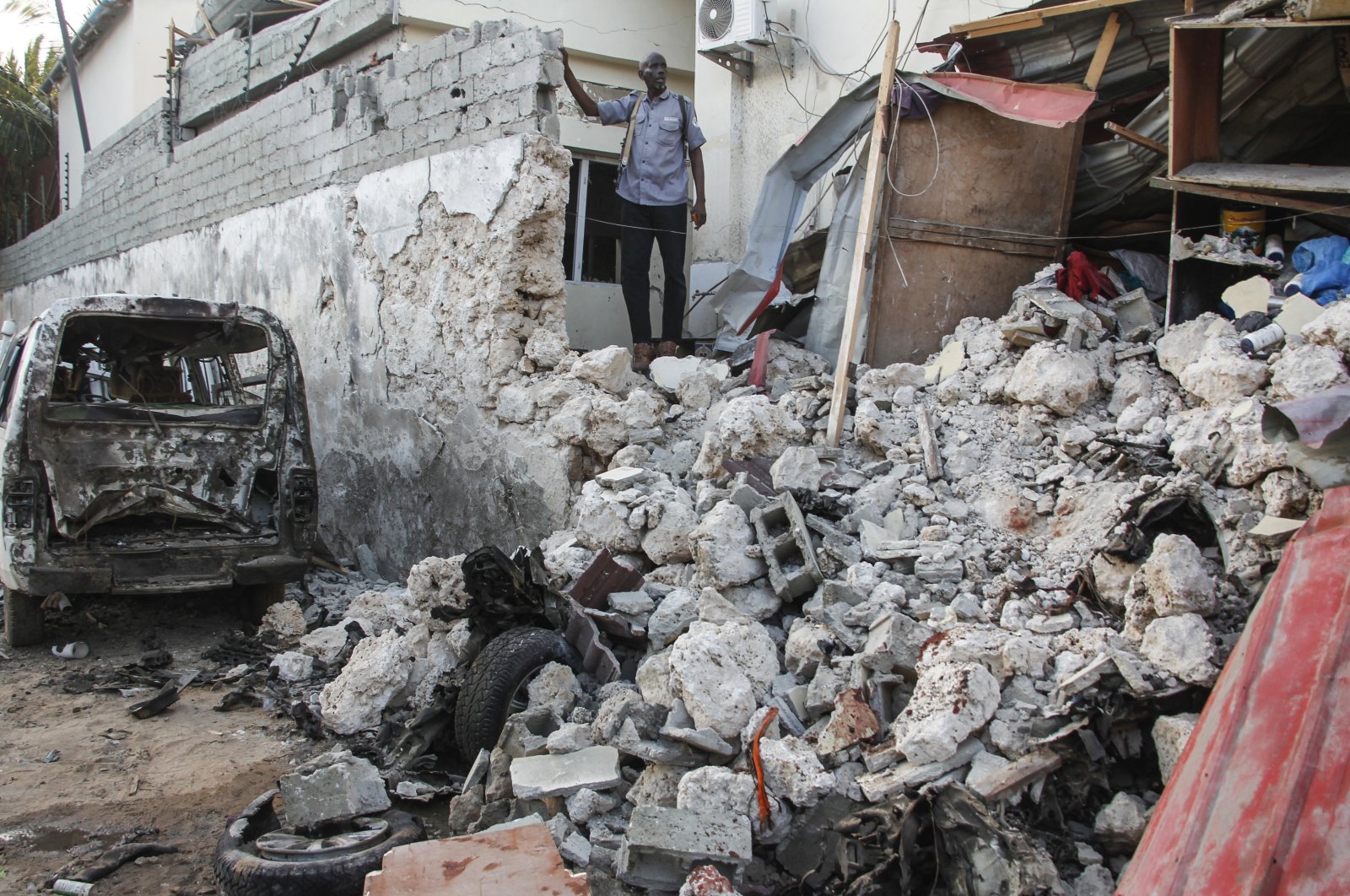 A hotel security guard stands by wreckage in the aftermath of an attack on the Afrik hotel in Mogadishu, Somalia, Feb. 1, 2021. (AP File Photo)
by French Press Agency - AFP Jun 27, 2021 6:37 pm
RECOMMENDED

At least 12 people were killed in an attack by al-Shabab terrorists Sunday on a town and military base in central Somalia, according to military and local officials.

The terrorists attacked the base and nearby town of Wisil in Galmudug state, more than 700 kilometers (430 miles) from the capital Mogadishu, several sources told Agence France-Presse (AFP).

Abdirahman Adan, commander of a paramilitary unit in Galmudug state, said by telephone it was difficult to know the exact number of dead. But for the moment they knew that 12 people, six of them from the security forces, had died in Wisil.

The attackers had been pushed back and many of them had been killed, he added, without saying how many.

The attack started with the detonation of a vehicle loaded with explosives, said another paramilitary commander, Mohamed Mire.

"After the car bomb explosion, they started heavy machine guns," he said. But the security pushed them back, inflicting losses, and they were now in full control, he added.

Ahmed Ayanle, a local resident, said: "There was an enormous explosion which hit the town before a heavy exchange of gunfire started early in the morning."

"The fighting went on for more than an hour before the al-Shabab fighters pulled out," he added.

Another local, Bashir Ahmed, said he had seen three dead soldiers and 10 others wounded.

The al-Qaida-linked al-Shabab confirmed the attack and claimed 34 soldiers at the military base had been killed.

Also on Sunday, further north in the state of Puntland, the authorities announced they had executed 21 al-Shabab members – the largest ever execution carried out in Somalia.

Col. Mumin Abdi Shire, commander of the Mudug region in Puntland, said they had been convicted by a local military court.