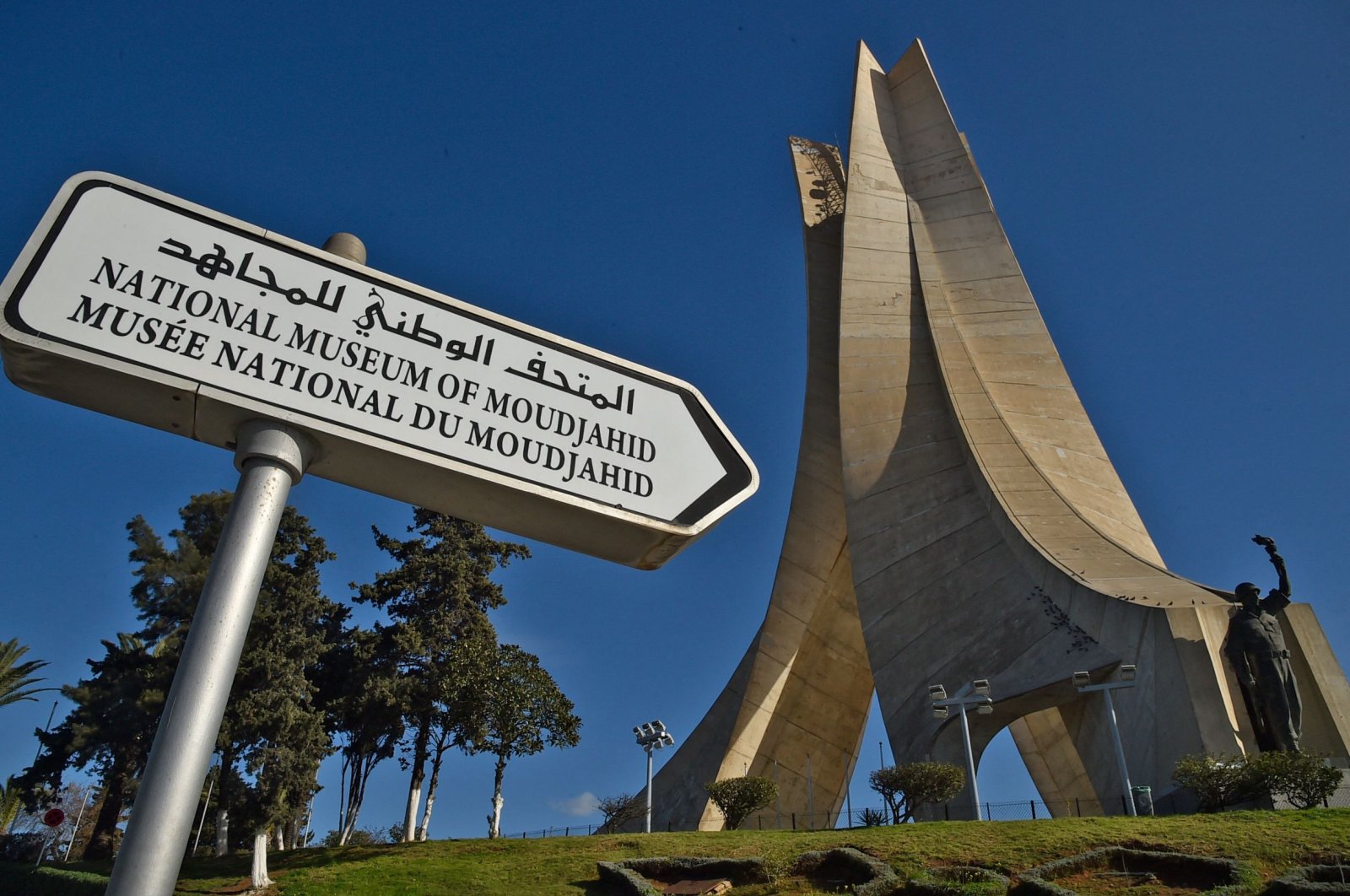 Algeria Saturday honored tens of thousands of people killed by French forces in 1945, as the North African country waits for Paris to apologize for its colonial-era crimes.

On May 8, 1945, thousands had rallied in Setif as allied powers, including colonial ruler France, marked a hard-won victory in Europe over Nazi Germany.

However, the festive gathering soon turned into a demonstration for an end to colonial rule, with cries of "Long live independent Algeria!"

This and the appearance of Algerian flags incensed French police and they ordered the removal of the green and white standards.

A demonstrator, Bouzid Saal, 22, was shot dead by a French police officer for refusing to drop his flag.

Outrage tore through the massive crowd.

The ensuing riots and revenge attacks on Europeans sparked a wave of brutal repression by French authorities killing 45,000 people, according to official Algerian figures. French historians claim the toll is up to 20,000, including 86 European civilians and 16 soldiers.

The massacre would have a transformative impact on the nascent anti-colonial movement. A full-blown independence war broke out nine years later, finally leading to the country's independence in 1962.

President Abdelmadjid Tebboune, who will lead the first national day of remembrance for the killings Saturday, has described them as "crimes against humanity."

Authorities will hold a series of events in Setif, 300 kilometers (190 miles) east of Algiers, including a march to the spot where Saal was killed.

The French launched a 15-day campaign of indiscriminate violence, targeting Setif and the surrounding rural region, bombing villages and hamlets.

Nationalist leaders were detained on pure suspicion, and villages suspected of harboring separatists were strafed by the air force and set ablaze.

Women, children and the elderly were massacred and some 44 villages were destroyed in 15 days of so-called "retribution."

Executions continued until November 1945, and some 4,000 people were arrested.

"I have secured you peace for 10 years," Duval warned the colonial government in a letter.

"If France does nothing, it will all happen again, only next time it will be worse and may well be irreparable."

Setif remains a highly sensitive episode for Algerians, as well as for some in France, including the leadership.

Paris only officially recognized it in 2005 when the ambassador in Algiers called the massacres "an inexcusable tragedy."

Five years later, the atrocities received some rare attention on the big screen, with the Oscar-nominated film "Outside the Law."

Rachid Bouchareb's movie ignited much soul-searching in France – but was also bitterly condemned by the French far-right. Riot police had to hold back angry protesters when it was screened at the Cannes Film Festival.

The crowd, which included military veterans, was furious that French public funding had gone to a movie they claimed falsified history.

But France has since made some moves to recognize their crimes against humanity committed during its 132-year occupation of Algeria.

In March, President Emmanuel Macron admitted "in the name of France" that lawyer and independence figure Ali Boumendjel had been detained, tortured and killed by French forces who then covered his death up as a suicide.

Last year, Macron tasked French historian Benjamin Stora to assess how France has dealt with its colonial legacy and urged officials to accelerate the opening of French archives on the Algerian war.

Released in January, the Stora report made several recommendations, including the creation of a "memory and truth commission" to hear testimony from those who suffered during the war.

It did not, however, suggest a formal state apology. Macron has offered neither "repentance nor apologies" but rather "symbolic acts" of reconciliation.

Algeria has dismissed the report as "not objective," and has not moved to reciprocate Macron's steps.

It did however welcome his admission of French responsibility for Boumendjel's death.