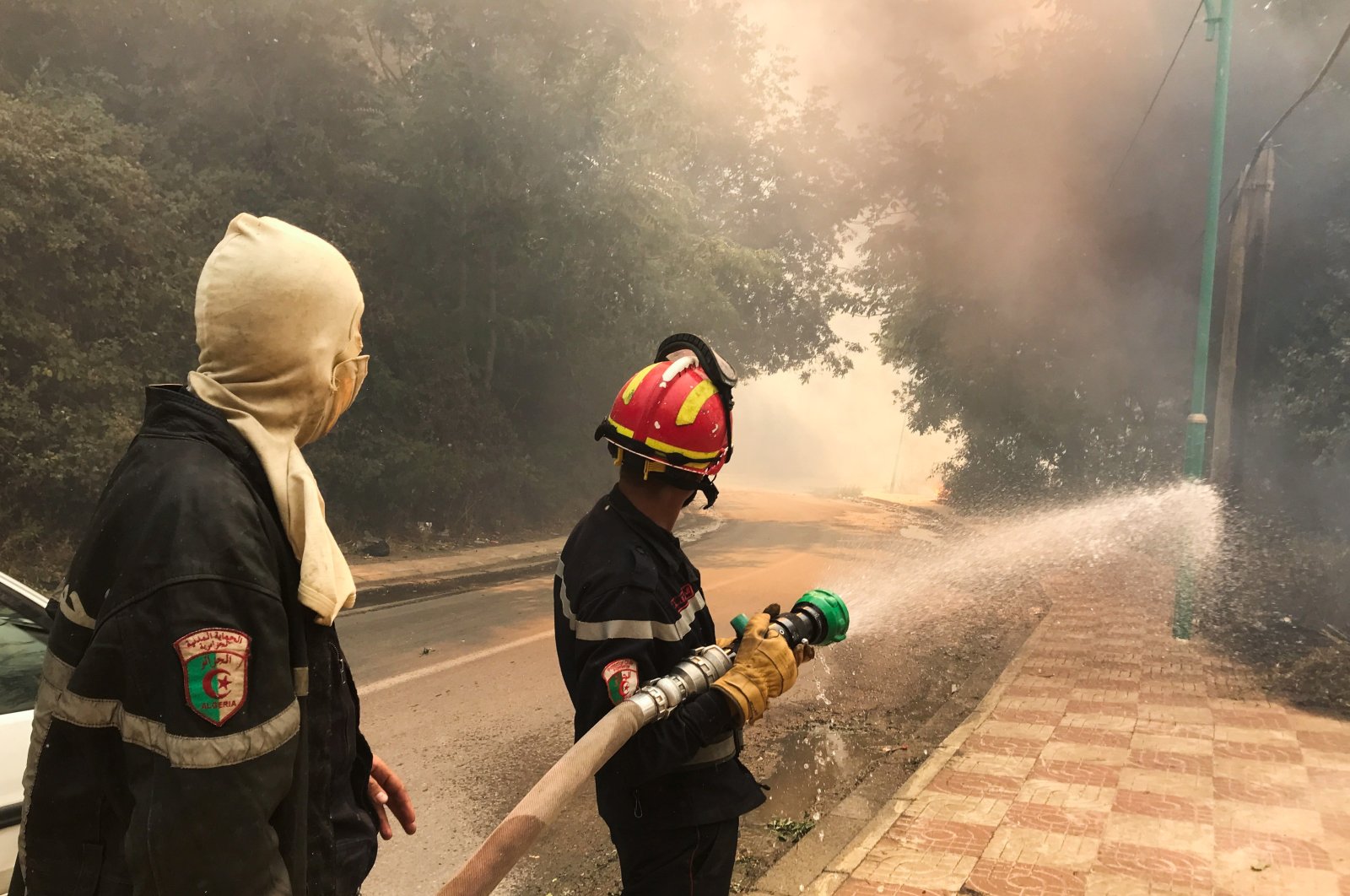 Firefighters, troops and civilian volunteers battled blazes in forests across northern Algeria Wednesday as the country reeled at a death toll of at least 65 people in the latest wildfires to hit the Mediterranean.

Soldiers deployed to back the overstretched emergency services tackle the rash of more than 50 fires that broke out Tuesday and accounted for 28 of those killed, state television reported.

The authorities say they suspect widespread arson after so many fires erupted in such a short space of time. They have announced several arrests but have yet to elaborate on the identity or suspected motives of those detained.

Images of trapped villagers, terrified livestock and forested hillsides reduced to blackened stumps were shared on social media, many of them accompanied by pleas for help.

Agence France-Presse (AFP) journalists saw villagers desperately trying to put out the spreading fires with makeshift brooms in an effort to save their homes.

High winds fuelled the rapid spread of the fires in the tinder-dry conditions created by a heat wave across North Africa and the wider Mediterranean, fire official Youcef Ould Mohamed told the state-run APS news agency.

Most of the fires and 16 of the deaths were recorded in Tizi Ouzou district, in the mainly Berber region of Kabylie, east of the capital Algiers.

"I left all my stock in my village and fled to Tizi Ouzou with my wife and three children," said Abdelhamid Boudraren, a shopkeeper from the village of Beni Yeni.

"Luckily I own a flat in the center of Tizi Ouzou where I'm holed up with my family and some neighbors," he said.

There have been mounting calls for aid convoys to be sent to the worst-hit districts with food and medicine from the capital.

On Wednesday, an AFP correspondent saw several lorries headed to Tizi Ouzou with aid donated by the public.

An appeal for volunteer doctors to assist the city's overstretched medical services also appeared on Facebook.

Meteorologists expect the heat wave across North Africa to continue until the end of the week, with temperatures in Algeria reaching 46 degrees Celsius (115 degrees Fahrenheit).

The Tunisian emergency services reported 15 fires across the north and northwest, but no casualties.

On the northern shores of the Mediterranean, Turkey reported eight deaths and Greece three from wildfires that have raged for the past two weeks.

Each summer, Algeria endures seasonal wildfires but rarely with anything approaching this year's toll.

In 2020, nearly 440 square kilometers (170 square miles) of forest were destroyed by fire, and several people were arrested on suspicion of arson.

On Monday, the United Nations released a major report showing how the threat from global warming is even more acute than previously thought.

It highlighted how scientists are quantifying the extent to which human-induced warming increases the intensity and/or likelihood of a specific extreme weather event, such as a heat wave or a wildfire.