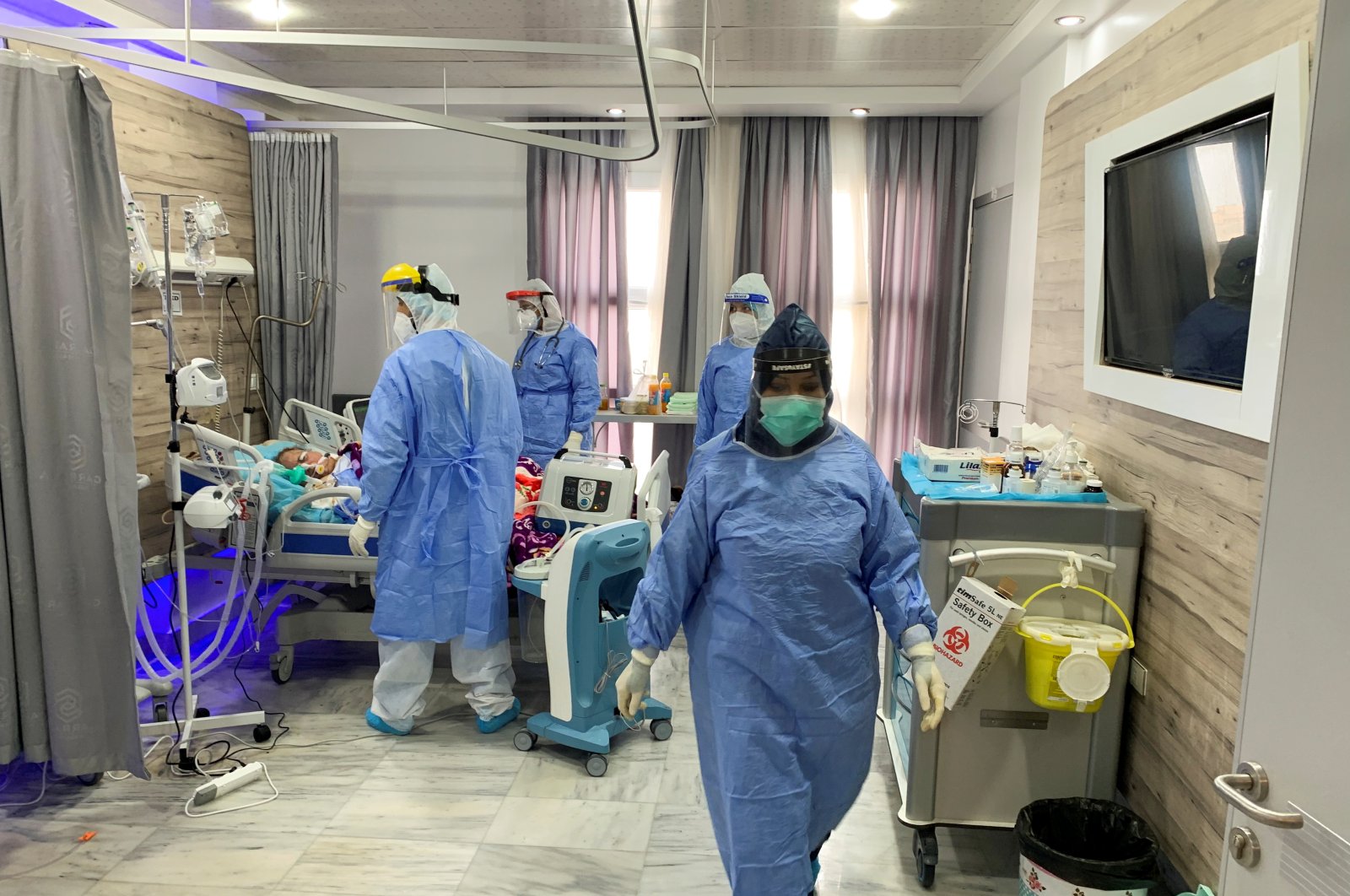 As the pandemic started to rage through Libya last month, medics working in the war-ravaged country's few functioning hospitals faced their nightmare scenario, a surge in cases and dwindling resources.

Hamza Abdulrahman Jelwal, 35, a supervising nurse at a quarantine center in the coastal city of Misrata, has not seen his family since Libya's lockdown began in March. He has also not been paid.

He tested positive for the coronavirus in August and was quarantined in the same facility. As soon as he got better, he got up and went back to work.

"We work 12 hours a day. It is exhausting for medical staff because there is no rest," he said.

His experience underscores the high stakes and growing challenges for Libyan medics as the number of confirmed cases spikes. Figures have climbed rapidly from a few hundred last month to almost 20,000 now.

The United Nations' acting Libya envoy, Stephanie Williams, has told the Security Council that the real number of cases in the country is almost certainly far higher and that the health system is "unable to respond."

Libya has been divided since 2014 between the internationally-recognized Government of National Accord (GNA) in Tripoli and the west, and areas of the east and south held by putschist Gen. Khalifa Haftar's Libyan National Army (LNA).

The two rival administrations operate parallel governments that have issued differing public health orders aimed at controlling the spread of the virus, but both closed their foreign borders early in the crisis.

Despite that measure, an outbreak began in July in the southern desert city of Sebha, attributed by some local people to the return of Libyans flown home after being stranded abroad.

The virus then spread into the main urban centers in the coastal cities of Tripoli and Misrata on the GNA side and Benghazi, controlled by Haftar.

The quarantine center where Jelwal works, in the Gharara district, had been a private clinic but was taken over for the crisis by the state-operated Misrata Medical Centre.

Administrative issues closed it for most of a month early this summer, he said, contributing to the accelerating number of cases as people could not come in to quarantine.

That was when staff started to quit because they had not been paid, he said. There are few ventilators and little other equipment. State funding, regularly hit by shortfalls and delays, has been particularly disrupted this year because of a blockade on oil exports by the LNA and its allies.

Jelwal was not the only member of staff to fall ill as they tried to cope with the onslaught of new cases.

A colleague, Aisha Milad Belhassna, another nurse at the center also caught the disease.

"Suddenly the air starts to decrease until you reach the point where you feel like you are losing your life," she said.