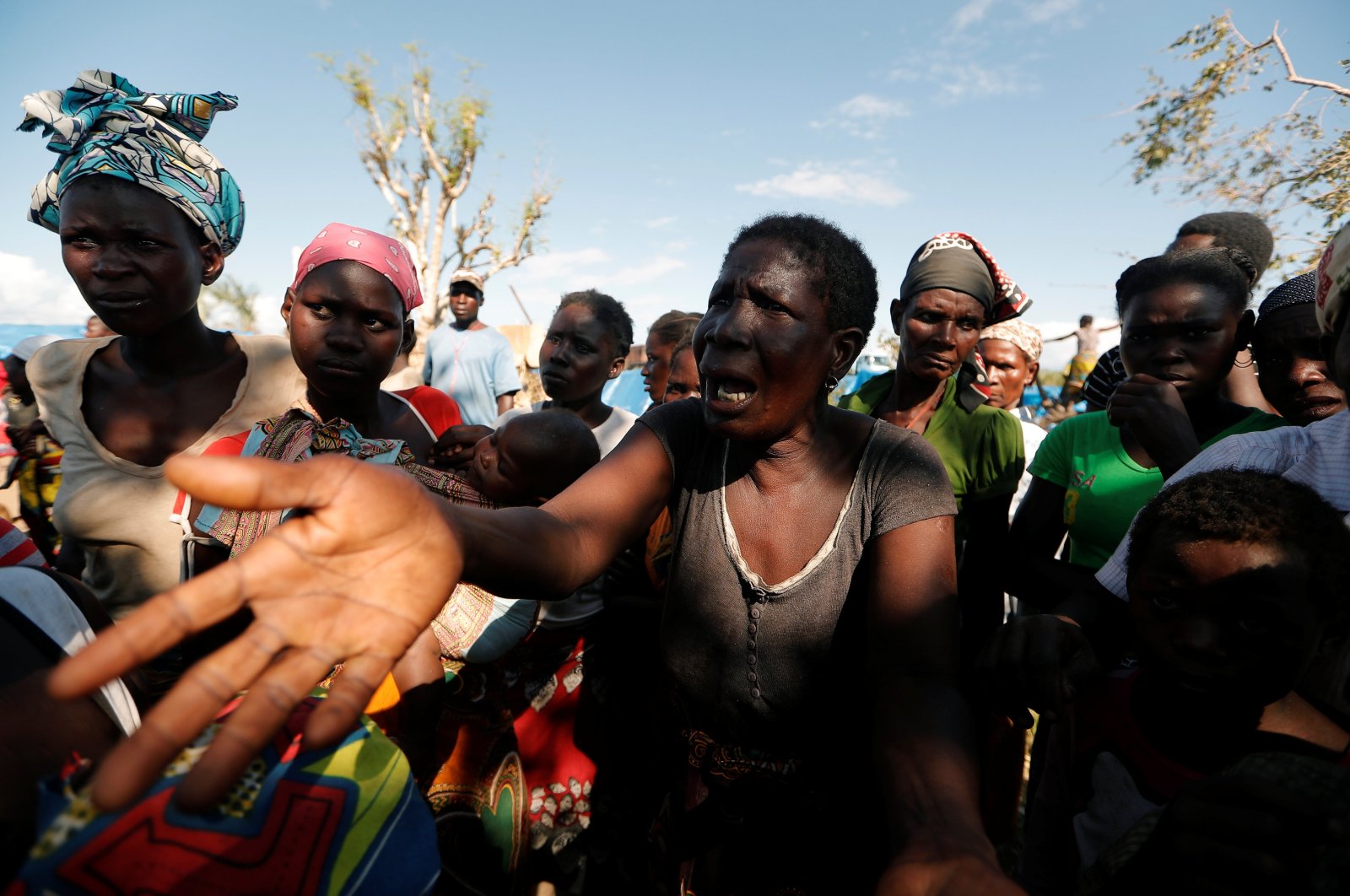 A woman complains about the lack of food at a camp for the people displaced in the aftermath of Cyclone Idai in John Segredo near Beira, Mozambique, March 31, 2019. (Reuters Photo)
by Agencies Nov 10, 2020 5:05 pm
RECOMMENDED

An armed militant group has reportedly decapitated more than 50 people in the northern Cabo Delgado province of Mozambique in the past three days as violence in the area continues, local media reported.

The commander-general of Mozambique’s police, Bernardino Rafael, said during a media briefing Monday that militants had attacked several villages in the districts of Miudumbe and Macomia, killing civilians, abducting women and children, and burning down homes in the province between Friday and Sunday.

“They burned the houses then went after the population who had fled to the woods and started with their macabre actions,” Rafael said.

The Pinnacle News portal reported that the militants had turned a football field in the Muatide village, where people fleeing another village had gathered, into an execution ground, massacring 50 people, Anadolu Agency (AA) said.

The armed militant group, believed to be affiliated with the Daesh terrorist group, has wreaked havoc in northern Mozambique since late 2017, killing hundreds, displacing communities and capturing towns.

The group is locally known as al-Shabaab, but has no established links to the armed terrorist group in Somalia.

According to the U.S.-based Armed Conflict Location and Event Data Project (ACLED), more than 2,000 people have been killed since 2017. The violent attacks in Cabo Delgado have forced over 300,000 people to flee the area and left 712,000 in need of humanitarian assistance, according to an Amnesty International report released last month.

Members of the Southern African Development Community (SADC), a regional block of 15 countries, in August expressed solidarity and commitment to supporting Mozambique in fighting the ongoing terrorist attacks it is facing from the militant group.

Mozambique has been seeking international help to quash the militant threat. The SADC recently condemned all acts of terrorism and armed attacks in the region during a virtual 40th ordinary summit of heads of state and government.