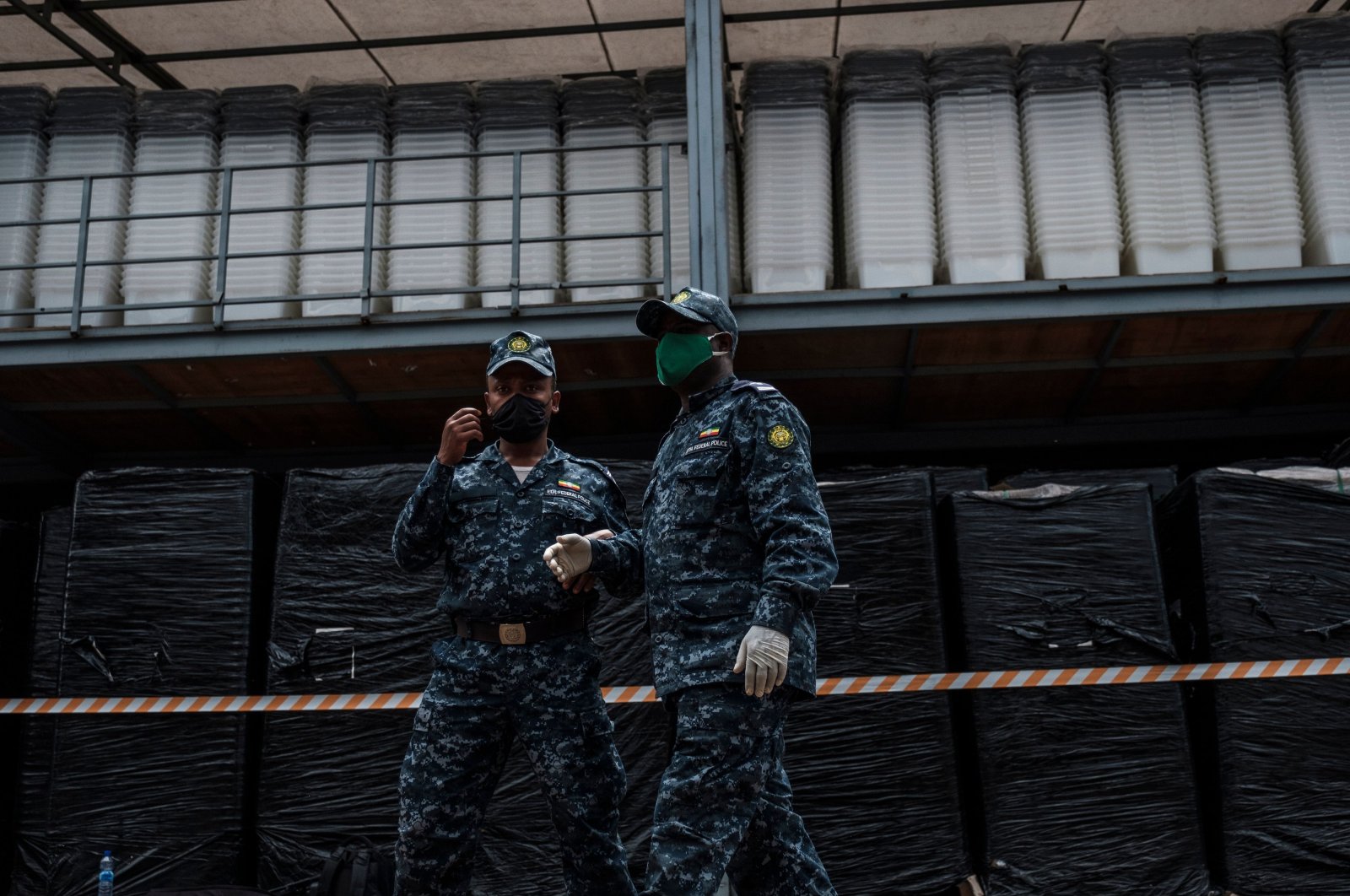 Police officers guard ballot boxes in a warehouse of the National Election Board of Ethiopia (NEBE), in Addis Ababa, Ethiopia, Oct. 2, 2020. (AFP Photo)
by ASSOCIATED PRESS Oct 09, 2020 10:17 am
RECOMMENDED

The head of security for the region, Gashu Dugaz, confirmed the new attack in Dangur district and said eight people were receiving medical care for injuries.

He said one victim was a foreigner but did not give more details.

In a statement Thursday, Gashu said two attackers were captured alive and five Kalashnikovs were seized.

Ethiopian troops and members of the federal and regional police are currently deployed in the region near Ethiopia’s massive Grand Ethiopian Renaissance Dam.

Some parts of the region are under a military command post following the attacks.

A resident of Dangur Woreda, Abinet Tezaw, told The Associated Press (AP) that ethnic minorities in the region, Amhara and Agaws, were the target and people fear the attacks may continue.

"We don’t know when they will strike next,” he said.

In September, the Ethiopian Human Rights Commission said it was deeply alarmed by the surge in attacks against civilians in the Benishangul-Gumuz region and reported the killing of 15 civilians.

It said another attack in the region on Sept. 6 and then from Sept. 7 to 13 also killed civilians and displaced over 300 people.

Ethnic tensions in Ethiopia are one of the main challenges for Ethiopia’s Prime Minister Abiy Ahmed.