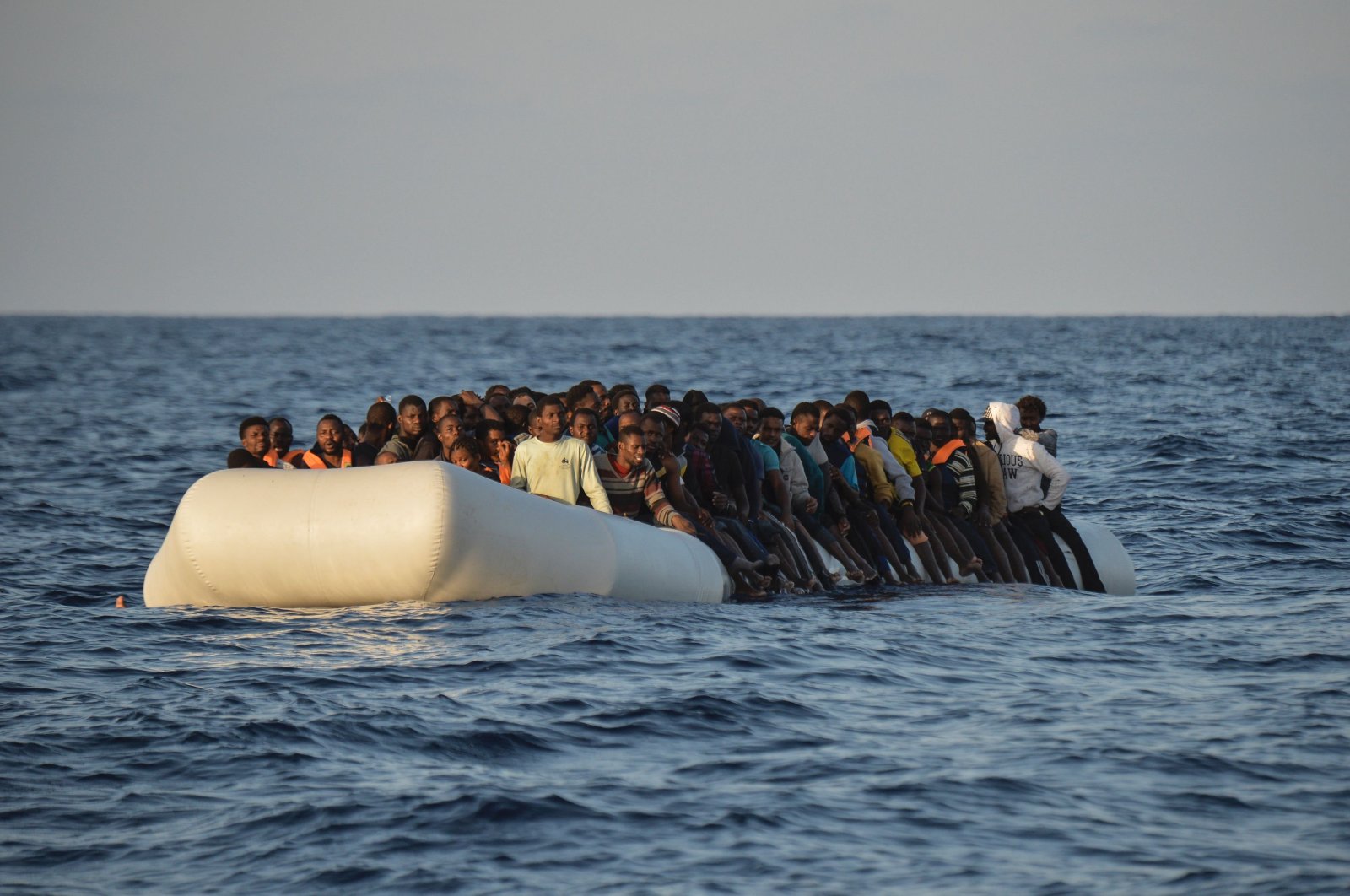 Migrants and refugees on a rubber boat before to be rescued by the ship Topaz Responder run by Maltese NGO Moas and the Red Cross, off the Libyan coast in the Mediterranean Sea, on Nov. 3, 2016. (AFP Photo)
by REUTERS
Oct 29, 2020 5:12 pm

At least 140 migrants have drowned off the coast of Senegal in the deadliest shipwreck recorded this year, the U.N. migration agency said Thursday.

Some 60 people were rescued by the Senegalese and Spanish navies and fishermen, the International Organization for Migration (IOM) said.

The boat caught fire and capsized hours after leaving the town of Mbour for the Canary Islands on Saturday, it said.

"At least 140 people have drowned after a vessel carrying around 200 migrants sank off the Senegalese coast, the deadliest shipwreck recorded in 2020," the IOM said in a statement.

The perilous sea passage from West Africa to the Canary Islands was once a major route for those seeking an escape from poverty. Attempts became scarcer when Spain stepped up patrols in the mid-2000s, but the route is seeing a surge this year.

Migrant arrivals to the Canary Islands from West Africa have more than quadrupled so far this year to around 11,000 compared with the same period in 2019, IOM said.

Fourteen boats carrying 663 migrants left Senegal for the islands in September, over a quarter of which experienced an incident or shipwreck, it said.