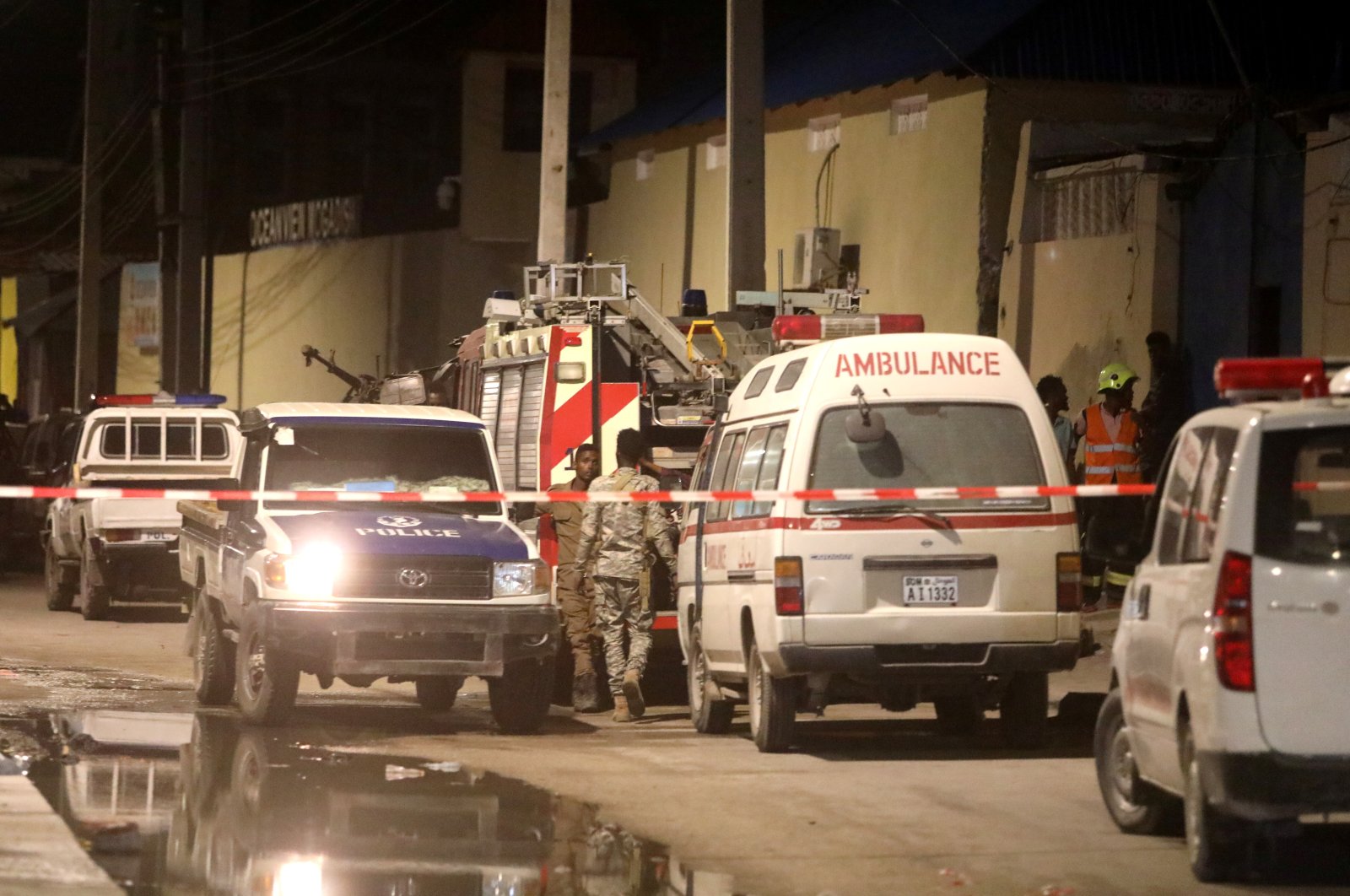 Emergency vehicles are seen at a cordoned off area near the site of a blast at the Elite Hotel in Lido beach in Mogadishu, Somalia August 16, 2020. (Reuters Photo)
by agencies Aug 16, 2020 11:41 pm
RECOMMENDED

Somalia's security forces on Sunday ended a nearly five-hour siege by al-Shabab terrorists at a beachside hotel in Somalia's capital, said police and a government spokesman.

Security forces later killed all four attackers and rescued dozens of people who were trapped inside the hotel, Ismail Mukhtar, spokesman of Somalia’s information ministry told The Associated Press.

The attack started in the afternoon with a powerful car bomb blast which blew off the security gates to the hotel. Then gunmen ran inside and took hostages, mostly young men and women who were dining there, he said.

The al-Shabab terrorist group, who are allied to al-Qaida, have claimed responsibility for the attack via its radio arm, Andalus. The hotel attack shattered a period of calm that had lasted for a few months. Earlier this year Somalia had a spate of bomb attacks.

"We received the news with deep sorrow that today (16 August) many people lost their lives and many others were injured as a result of a suicide attack with a bomb-laden vehicle following a shootout to a hotel in Mogadishu, Somalia's capital," the ministry said in a statement in English. "We extend our condolences to the brotherly people and Government of Somalia, wish Allah's mercy upon those who lost their lives and a speedy recovery to the injured," the statement added.