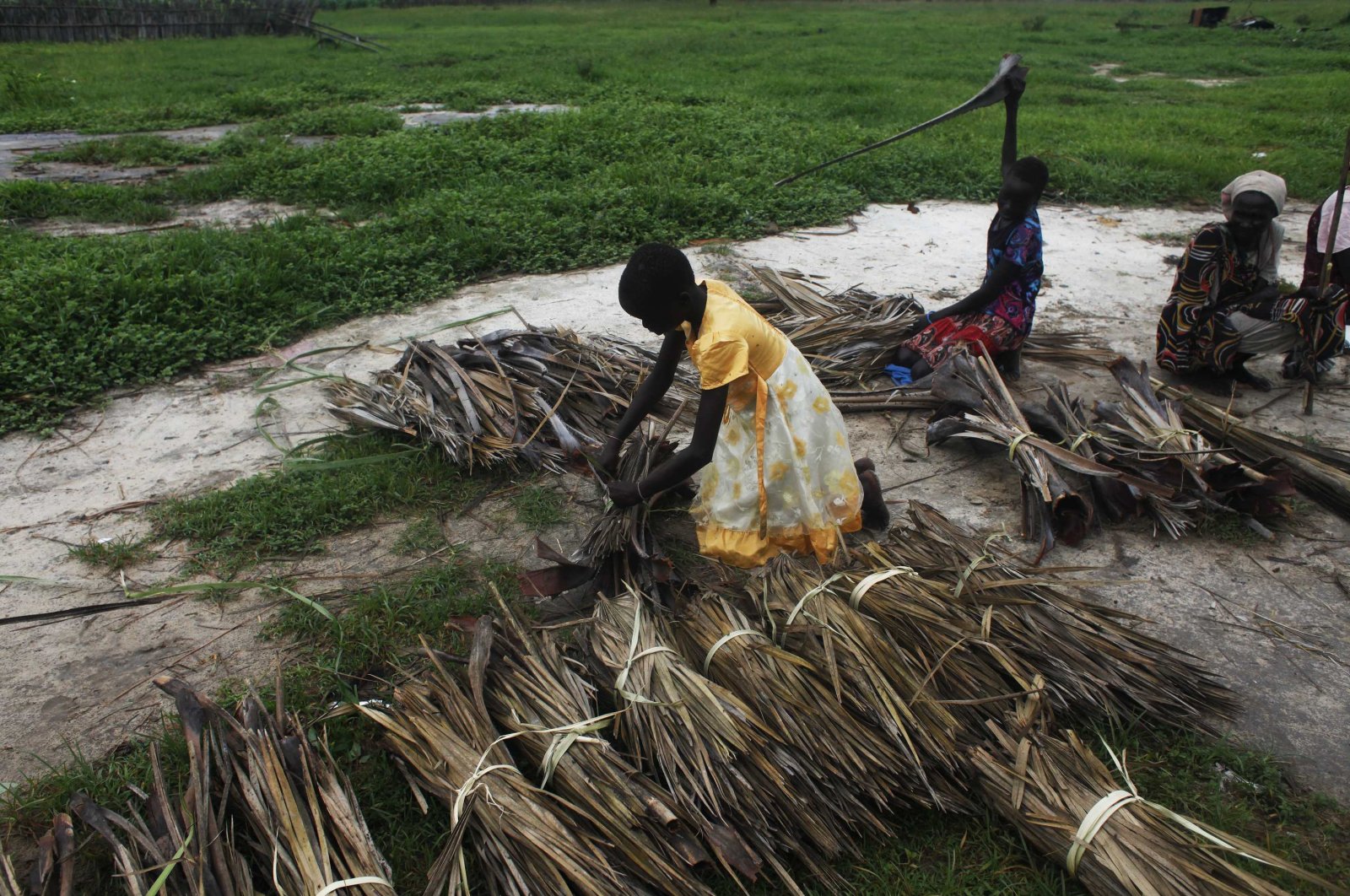 One county in South Sudan is likely in famine and tens of thousands of people in five other counties are on the brink of starvation, according to a new report by international food security experts.

Nowhere in the world has been in famine since one was declared nearly four years ago in South Sudan's Unity state as civil war raged. Now western Pibor county is feared to have reached that crisis level, the result of massive flooding and deadly violence that has prevented access to aid.

The new report stops short of declaring famine, which would kick aid efforts into higher gear, because of insufficient data. But based on available information, famine is thought to be occurring, according to the Famine Review Committee report released by the Integrated Food Security Phase Classification. That means at least 20% of households are facing extreme food gaps and at least 30% of children are acutely malnourished.

"Considering all the evidence available, famine is most likely ongoing and we expect a high rate of death in that area," said Chris Newton, a former U.N. World Food Program staffer with years of experience in South Sudan. "The condition is catastrophic, and the humanitarian community and the government will have to scale up our assistance," said Meshack Malo, country representative for the U.N.'s Food and Agriculture Organization (FAO).

The report says catastrophe conditions are also occurring in five counties across South Sudan in Jonglei, Warrap and Northern Bahr el Ghazal states, where 5% to 10% of the population is facing starvation.

South Sudan's government did not endorse the report. In a statement earlier this week, it urged caution in claiming famine conditions and said any famine occurring on the government and aid community's watch is a "testament of failure by both parties."

Aid workers worry that already challenging humanitarian access will become more difficult in these hungry areas. The report says there is less than a 50% chance that planned food assistance will be delivered to the affected areas in the months ahead.

South Sudan has been struggling to recover from five years of war that killed almost 400,000 people, according to a past study by the London School of Hygiene & Tropical Medicine. A coalition government formed this year between President Salva Kiir and opposition leader Riek Machar is implementing a peace deal behind schedule, while deadly violence continues in parts of the country.

The violence is the worst in Jonglei state and the Greater Pibor Administrative Area, where hunger is the most severe. "This famine is a result of the broader impact of violence on human lives," said Edmund Yakani, executive director of the Community Empowerment for Progress Organization, a civil society group. He blamed "politicians who tend to use violence as an option for controlling power."

Between January and May, there was a 220% increase in incidents of intercommunal violence compared with the same period two years ago, the U.N. has said, with the government and opposition often providing arms.

The problems have been compounded by the worst local flooding in decades, which has displaced more than 1 million people since July. Most of them are in Jonglei and the Greater Pibor Administrative Area, according to the U.N. A recent World Bank phone survey of more than 1,200 people in South Sudan found that nearly 73% reported going without eating for a whole day due to a lack of money.

A drop in oil prices, the country's main source of revenue, along with inflation and impacts of the COVID-19 pandemic have worsened an economic crisis. At the al-Sabah Children's hospital in the capital, Juba, doctors say they have seen an increase in children dying from malnutrition. Eighty-five died between January and December, compared with 62 over the same period last year, even though the hospital has received fewer patients, said James Mawien Tong, head doctor at the hospital's feeding center.

Many children die within 24 hours of arrival because their parents wait too long to bring them, he said. The families are largely from Juba and the surrounding area. Seated on the floor, Angelina Ater soothed her sobbing 2-year-old daughter as she was fed through a tube in her nose.

The 20-year-old said that since August, the economic crisis has forced her family to eat just once a day because they can't afford food. "The situation is not good," she said. "We really need help."