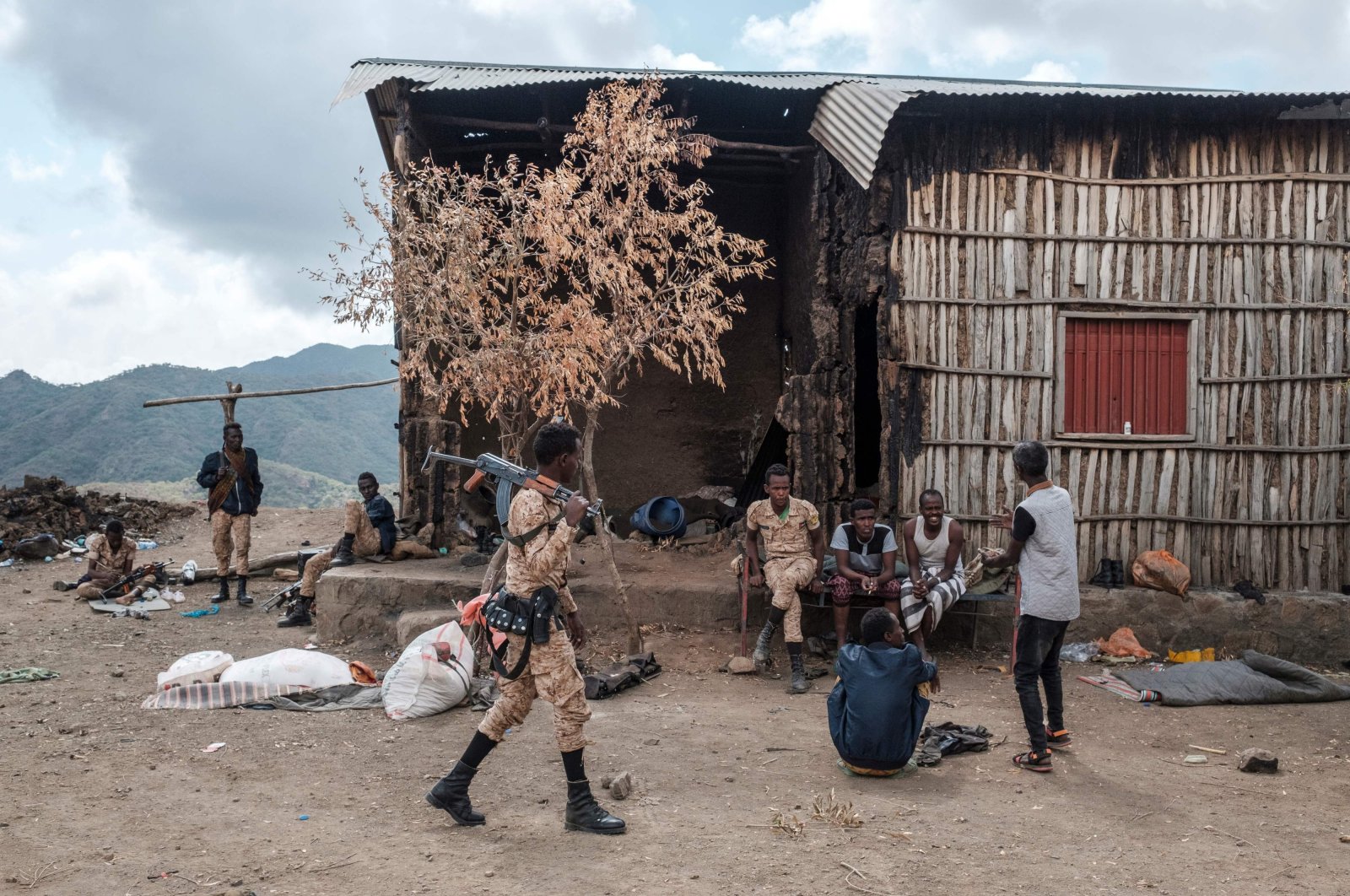 Members of the Afar Special Forces talk next to a damaged house on the outskirts of the village of Bisober, Tigray region, Ethiopia, Dec. 9, 2020. (AFP Photo)
by ASSOCIATED PRESS Dec 11, 2020 3:33 pm

International aid groups said Friday at least four staff members have been killed in the conflict in Ethiopia's Tigray region.

The Danish Refugee Council (DRC) said its three staffers killed last month had worked as guards at a project site. “Sadly, due to the lack of communications and ongoing insecurity in the region, it has not yet been possible to reach their families,” it said.

Separately, the International Rescue Committee (IRC) said it is still working to confirm the events "that led to the death of our colleague” in the Hitsats refugee camp in Shire.

The Tigray region remains largely sealed off from the outside world as worried humanitarian organizations warn of growing hunger, attacks on refugees and dwindling medicine and other supplies more than a month after fighting erupted between Ethiopia’s government and the now-fugitive Tigray one after a monthslong struggle for power.

The conflict in Tigray began when Ethiopian Prime Minister Abiy Ahmed deployed troops last month to put down an uprising by the Tigray People's Liberation Front (TPLF), a regional political organization. The TPLF had long dominated Ethiopian politics, but since taking office in 2018, Abiy has been at odds with the elites in Tigray. Both sides have reported bloodshed, but an internet blackout and blocked telephone lines make it difficult to get a sense of what is happening on the ground in Tigray.