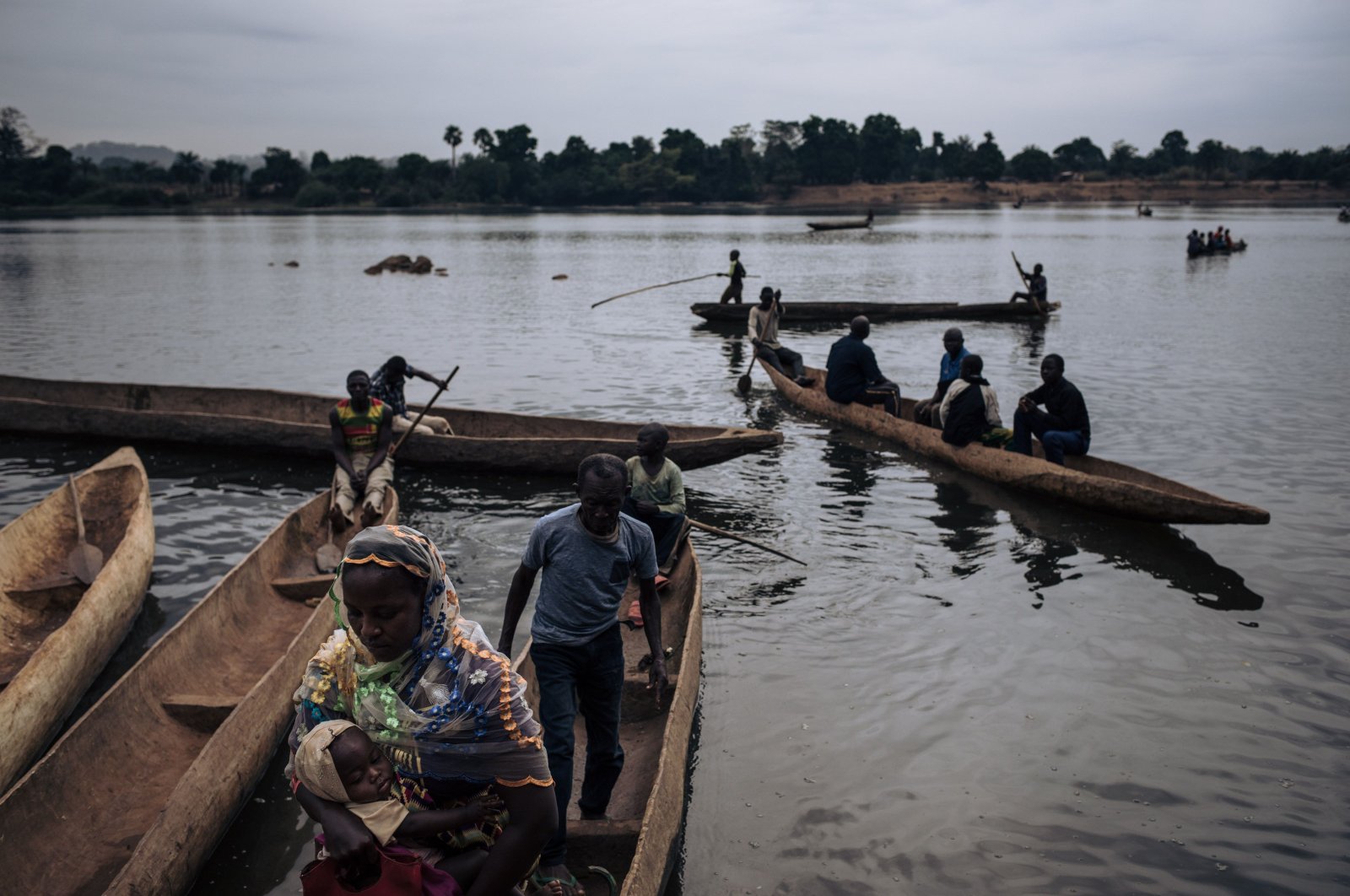 Central African refugees arrive in Ndu after crossing the Mbomou River, which marks the border between the Central African Republic and the Democratic Republic of Congo, on Feb. 5, 2021. (AFP Photo)
by DAILY SABAH Feb 16, 2021 1:16 pm

A boat capsized on the Congo River in the western Democratic Republic of the Congo (DRC) resulting in the death of at least 60 people and the disappearance of hundreds of others, a government official said.

Minister for Humanitarian Action Steve Mbikayi told Al-Jazeera that 700 people were on board the vessel that sunk near the village of Longola Ekoti in Mai-Ndombe province, and 300 passengers are reported to have survived.

“So far the rescue team has recovered 60 lifeless bodies and 300 survivors. There are still several missing after this shipwreck,” Mbikayi said.

The vessel was sailing through the night on Sunday from Kinshasa and was heading to Equator province.

“The main cause of the sinking remains the overload of goods and the excess number of passengers in the whaling boat,” the minister said, adding “that night navigation also played a role in the sinking”.

In the vast mineral-rich country, boat accidents are common and mainly caused by overloading the vessels with passengers and cargo. There is the added risk of danger as most passengers aboard the vessels do not wear life jackets.

Last month, a passenger boat capsized in Lake Kivu leading to the deaths of three people, two children and a woman.

In May at least 10 people, including an 8-year-old girl, were reported dead after a boat sank in Lake Kivu. Further back, in July 2010, a boat sank in the western province of Bandundu, leaving more than 135 people dead.