At least 65 people killed by floods, thousands of homes destroyed in Sudan 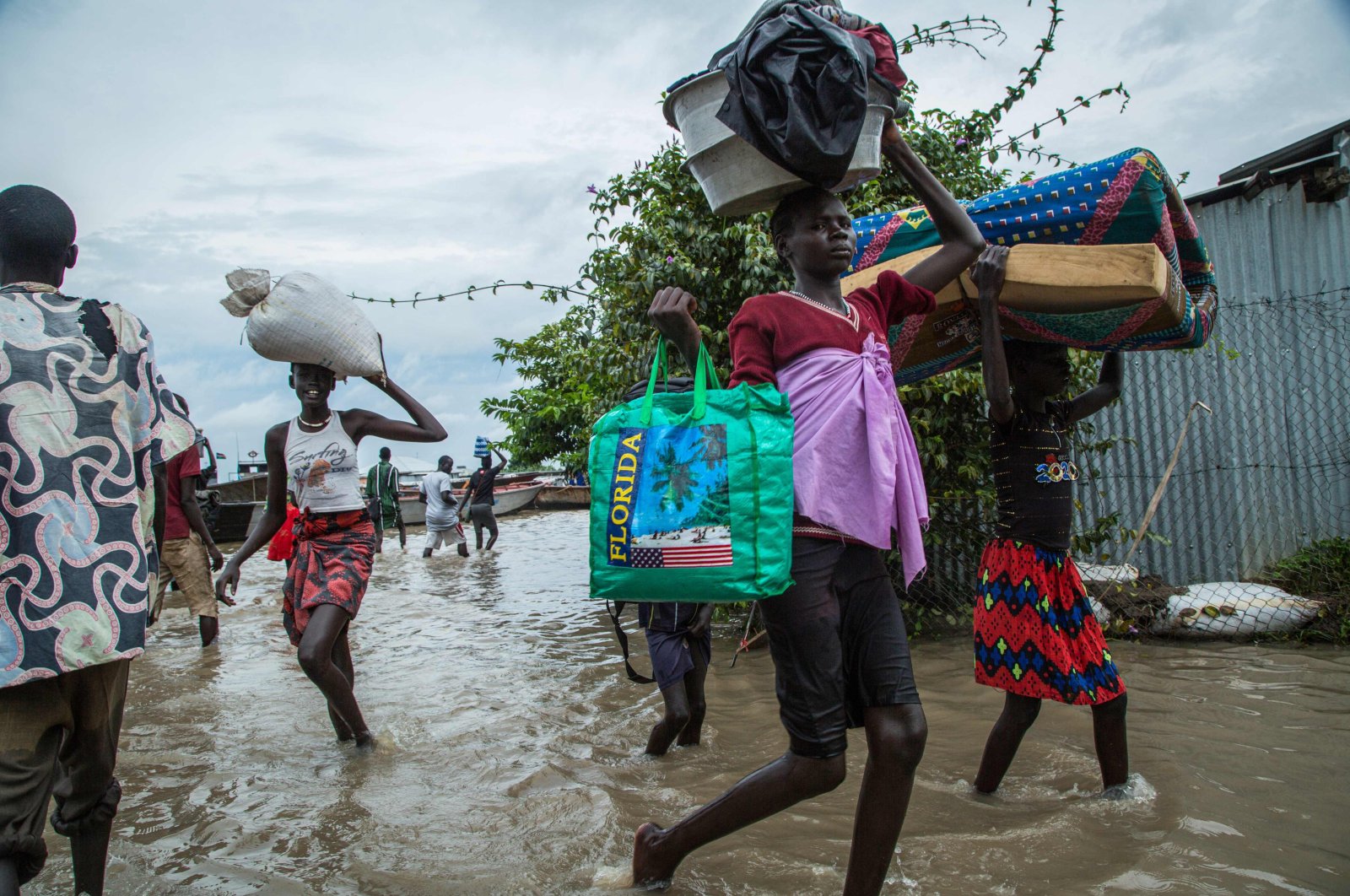 Displaced people walk with their belongings in a flooded area after the Nile river overflowed after continuous heavy rain which caused thousands of people to be displaced in Bor, central South Sudan, on Aug. 9, 2020. (AFP Photo)
by German Press Agency - DPA Aug 16, 2020 1:39 pm

Torrential rains and floods have killed at least 65 people and destroyed more than 14,000 homes in Sudan, the Interior Ministry said.

More than 30,400 homes were damaged and almost 700 cattle died due to the flooding, the ministry said in a statement late on Saturday.

Some 2,000 gold miners were trapped in two separate mines in eastern El Gedaref state due to the bad weather, the Sudan News Agency reported.

The volatile nation on the Horn of Africa, through which the Nile river flows, is in the midst of its rainy season, which lasts from June to October.

Sudan's Khartoum, Blue Nile and River Nile states are among the hardest-hit by the floods, while damage has also been reported in the El Gezira, El Gedaref, West Kordofan and South Darfur regions, according to the United Nations.

Flooding is common in the poverty-stricken nation, which suffers from poor infrastructure and lacks well-working sewer systems and stormwater pipes.