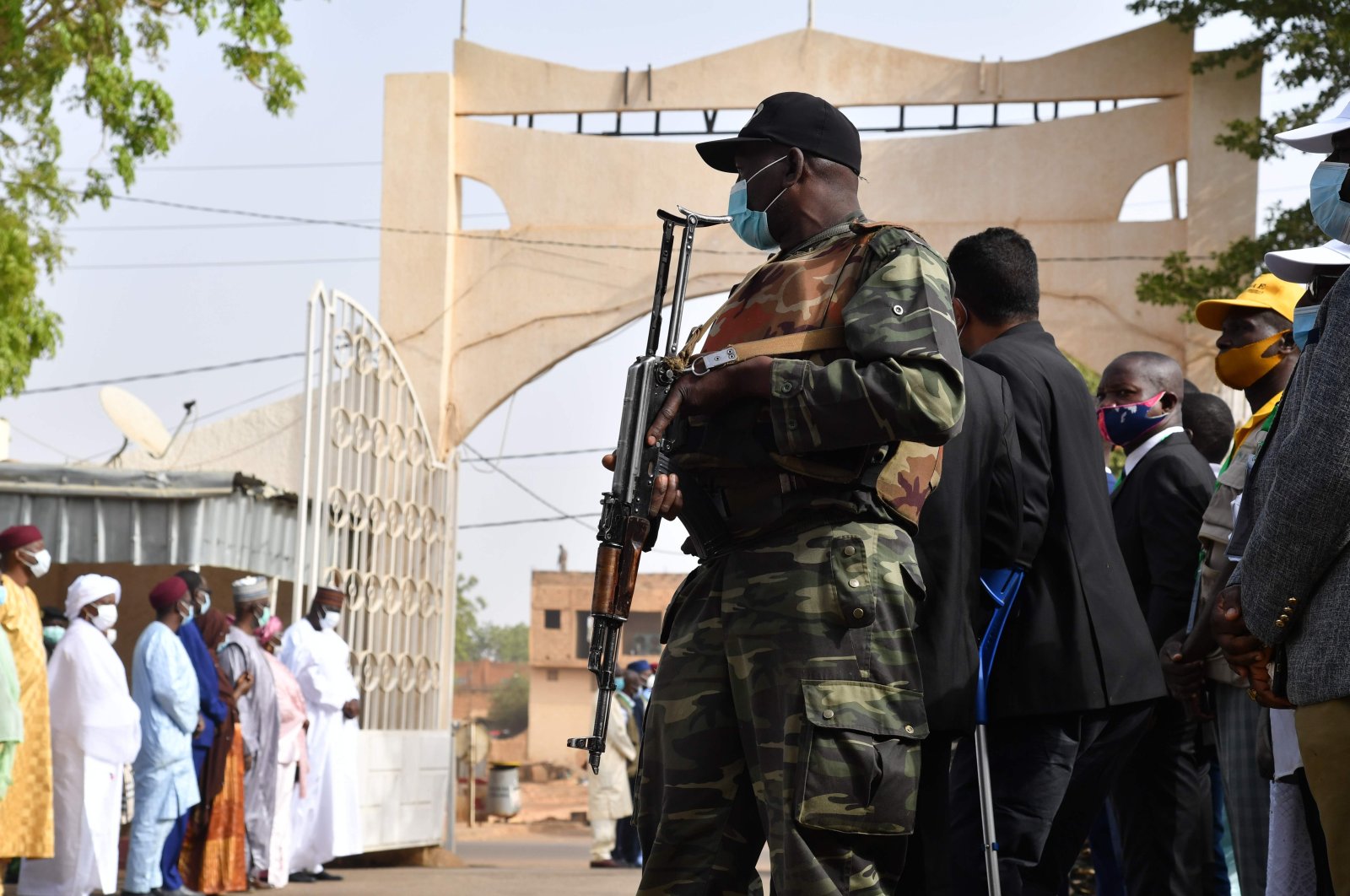 At least 70 civilians were killed in an attack on villages in Niger's restive border regions, the country's interior minister said Sunday. Interior Minister Alkache Alhada said the attack took place on Saturday in the villages of Tchombangou and Zaroumdareye, near the border with Mali. Some 20 people were also injured in the attack.

The attack came on the same day election officials announced the results for the first round of Niger's Dec. 27 presidential vote that put ruling party candidate and former government minister Mohamed Bazoum in the clear lead, with a runoff set for next month.

The vast and unstable Tillaberi region is located in the tri-border area, an extremist-plagued zone where the porous borders of Niger, Mali and Burkina Faso converge. The region is home to armed fundamentalists groups who have pledged allegiance to al-Qaida and Daesh. The attack is believed to be in retaliation to the earlier killing of two fighters by villagers, said the interior minister. Young people from the two villages tried to form a self-defense group in the embattled area. The gunmen are believed to have ridden in on motorcycles from neighboring Mali. Nigerian authorities are pursuing them, said Alhada, according to remarks carried by the Deutsche Presse-Agentur (dpa).

In a separate incident on Saturday, two French soldiers deployed to Mali were killed when their vehicle hit an improvised bomb, the Elysee Palace said in a statement. A third soldier was also injured in the attack, which came less than a week after three French soldiers died in similar circumstances near Mali's border with Burkina Faso. France has a large military presence across West Africa, with around 5,100 soldiers in the restive Sahel region.

The region is also home to Minusma, a United Nations peacekeeping force of more than 13,200 troops. The central Sahel region, a semi-arid, desert area stretching across Niger, Burkina Faso, Chad, Mali and Mauritania, has become increasingly destabilized by armed groups. The U.N. said more than 4,000 people were killed in violence across Burkina Faso, Mali and Niger last year. Calling for aid, the U.N. also said 1.6 million people have been displaced across the three countries. This instability also makes the region a thoroughfare for migrants to Europe.

"We are deeply saddened by the news that many people lost their lives and were injured in a terrorist attack perpetrated against the Tchombangou and Zaroumdareye villages near the Mali border on Jan. 2, 2021," it said in a statement.

"We strongly condemn this heinous terrorist attack. We extend our sincere condolences to the friendly and brotherly people and the Government of Niger. We wish Allah's mercy upon those who lost their lives and a speedy recovery to the injured," the statement added.

According to Agence France-Presse (AFP), travel by motorbike has been banned in Tillaberi since January in a bid to prevent incursions by highly mobile terrorists on two wheels. Niger is also being hammered by terrorists from Nigeria, the cradle of a decade-old insurgency launched by Boko Haram. Last month 34 villagers were massacred in the southeastern region of Diffa, on the Nigerian border, the day before municipal and regional elections that had been repeatedly delayed because of poor security.