At least 8 killed in suicide bombing in Somali capital Mogadishu 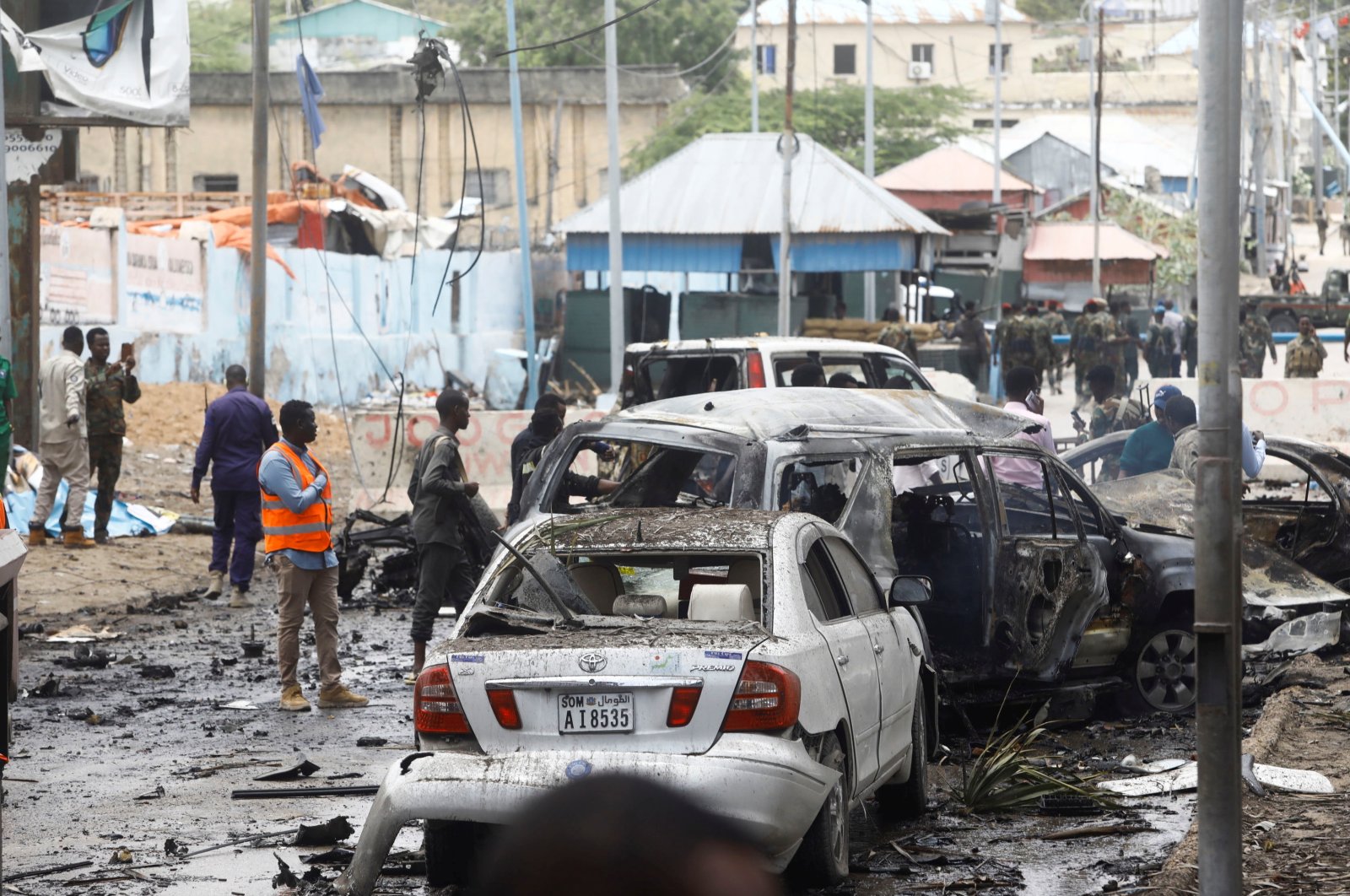 Civilians and Somalian security officers gather at the scene of a suicide car bomb at a street junction near the president's residence, in Mogadishu, Somalia, Sep. 25, 2021. (Reuters Photo)
by Agencies Sep 25, 2021 12:34 pm

A suicide car bomb killed at least 8 people in the Somali capital on Saturday at a street junction near the president's residence, an official said.

"There are multiple casualties from the attack, but we don't know exactly how many people have been killed or wounded," Abdi Hassan Mohamed, a police officer in Mogadishu, told Anadolu Agency (AA) over the phone.

Minivan driver and eyewitness Guuled Ibrahim told AA that he had seen several people killed in the attack.

"The explosion was huge. After the blast occurred, there was gunfire. Minutes later, we rushed to the scene and it was horrific, with a lot of confusion," Ibrahim said.

A Somali police spokesperson also confirmed that the attack was caused by a suicide car bombing.

The al-Qaida-affiliated al-Shabaab terrorist group claimed responsibility for the blast shortly after the attack.

The same organization was behind numerous similar attacks across the country.

A Reuters witness at the scene of the blast reported seeing seven cars and three rickshaws destroyed by the blast, and the whole junction covered in blood.