Bomb kills 12 in Somalia as politicians wrangle over presidency 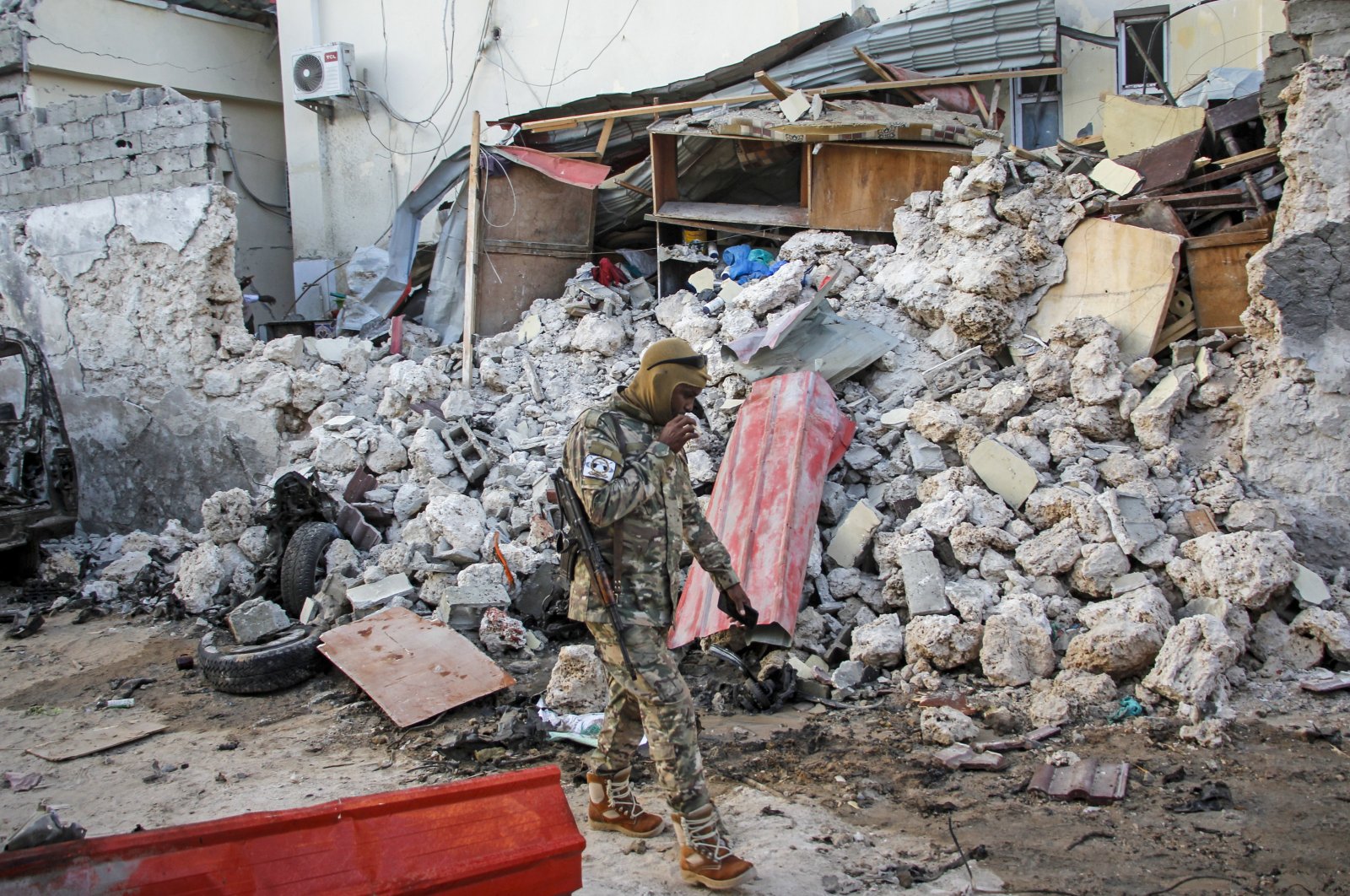 Twelve security agents were killed on Sunday by a roadside bomb planted on the outskirts of Somali town where political leaders had gathered to try and resolve a row over the presidential selection process set to take place on Monday.

The al-Shabaab terror group, who analysts say are keen on exploiting the deadlock, claimed responsibility for the attack.

Head of the National Intelligence and Security Agency in Dhusamareb Abdirashid Abdunur was among those killed in the attack, said police officer Mohamed Ahmed. In all, 12 people from the agency were killed in the attack near the town, police said, according to remarks carried by Reuters.

A deal on how to choose a new president on Monday has been elusive so far, threatening to unleash more political turmoil.

Somalia had initially aimed to hold its first direct election in more than three decades but delays in preparations, and the government's inability to rein in daily attacks by al-Qaida-linked al-Shabaab insurgents, meant switching to an indirect vote, with elders picking lawmakers who would choose a president. However, regional authorities in at least two of Somalia's five federal states, Puntland and Jubbaland, oppose holding the election for now.

Al-Shabab terrorists often target hotels where politicians, security forces but also civilians meet. For years, the terrorists have been fighting for supremacy in the impoverished country in the Horn of Africa and control large parts of the south and center. Earlier in January, at least 17 people were killed in the terrorist attack on a popular hotel in the capital Mogadishu.

Attackers were killed around midnight, ending the attack, police officer Ahmed Bashane told Deutsche Presse-Agentur (DPA). Several civilians, security guards, hotel security personnel, a suicide bomber and three other attackers are among the dead, according to the police. In a separate incident, at least eight children have died and scores of others were wounded when a bomb went off in the Golweyn area, about 40 kilometers (25 miles) north of the coastal town of Merca, some 120 kilometers (74 miles) south of Mogadishu.

On Feb. 8, Somalia is scheduled to hold a presidential election.