Burundi heads to polls amid fears of violence, virus 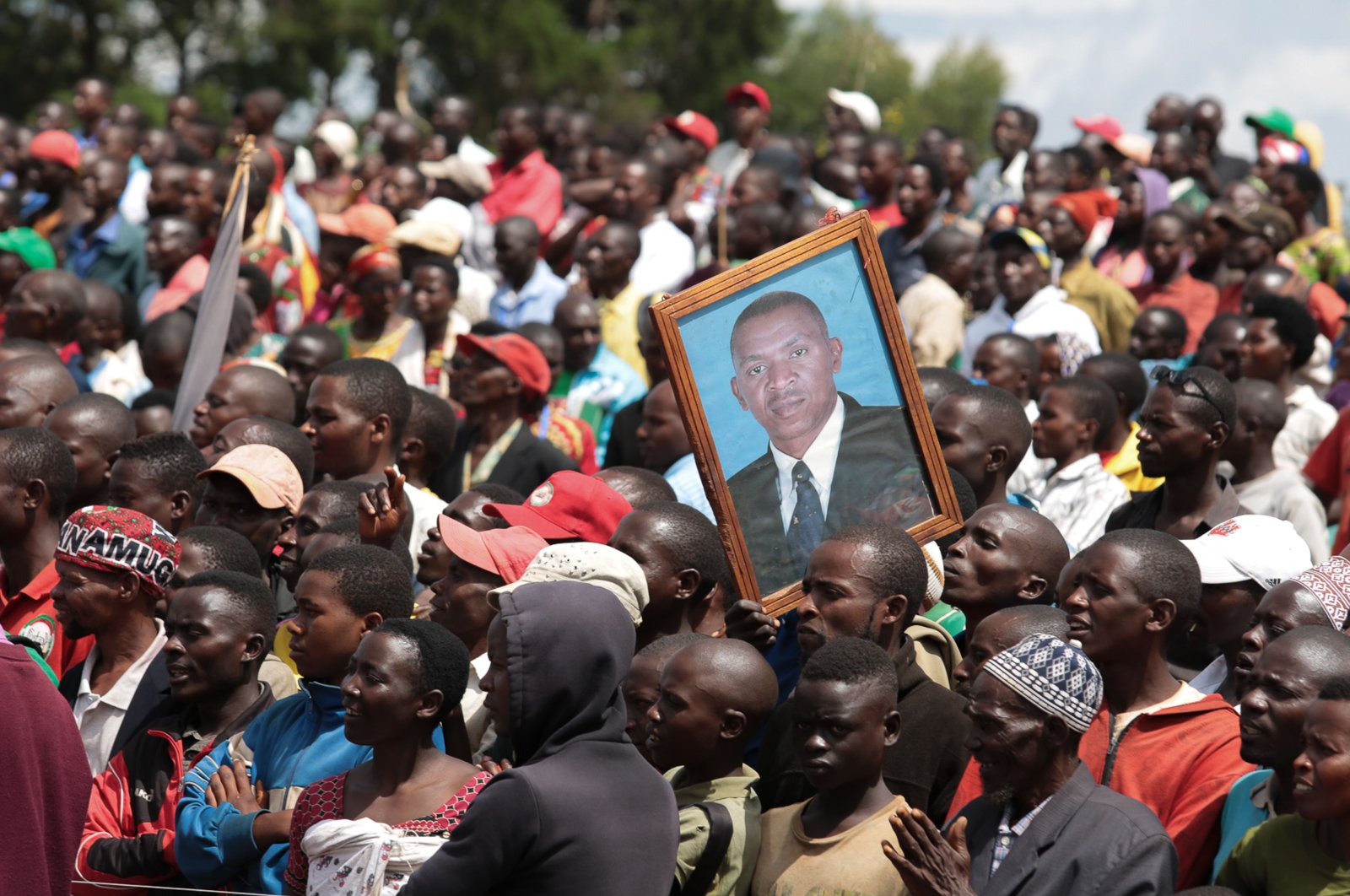 A supporter holds a picture of Agathon Rwasa, presidential candidate of the main opposition party the National Congress for Liberty (CNL), during the last day of the campaign in Gitega, central Burundi, May 17, 2020. (AFP Photo)
by compiled from agencies May 20, 2020 9:59 am
RECOMMENDED

Voters are expected to head to the polls for Burundi's general election on Wednesday, which is going ahead despite threats posed by ethnic tensions, political violence and the coronavirus pandemic.

Rwasa, 56, is a former rebel leader who is also the vice president of the National Assembly.

Ndayishimiye, 52, is currently serving as secretary-general of the CNDD-FDD and has held the positions of interior and security minister, as well as of army chief.

The winner will replace President Pierre Nkurunziza, who is stepping down after three terms in power – a 15-year rule.

If none of the seven candidates receive more than 50% of the vote, a runoff election will occur within weeks.

The vote is one of the most important transfers of power in Burundi since independence in 1962.

More than 5 million Burundians are eligible to vote for the five parties and two independent candidates listed on the ballot paper.

The runup to the elections has been marked by incidents that suggest the ballot may not be free or fair.

Some in Burundi worry that a rigged election could spark the kind of street demonstrations that marked the previous vote in 2015 when Nkurunziza decided to run for a third term that some called unconstitutional.

The United Nations and several human rights groups have warned about the repression of the opposition and the media. They have documented numerous human rights abuses including abductions, torture, killings and harassment during the past six months.

There will be no independent observers on election day as the only observers permitted by the government were ordered to remain in quarantine because of the pandemic.

Citizens will vote for the president, members of parliament and district councilors at about 1,500 polling stations which are expected to be open from 6 a.m. (4 a.m. GMT) until 4 p.m. (2 p.m. GMT). Face masks and social distancing were observed as voting began after 6 a.m., but Burundi’s government has been criticized for not appearing to take the coronavirus pandemic seriously. Nkurunziza himself attended crowded political rallies. The country has 42 confirmed virus cases.

Last week, the World Health Organization’s top official in Burundi was kicked out as well amid concerns about the pandemic response.