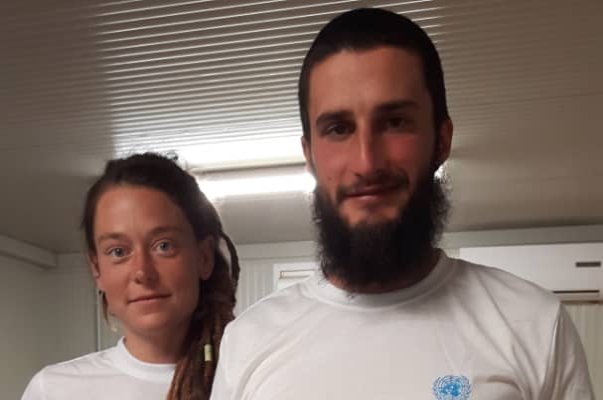 A Canadian woman and Italian man kidnapped in Burkina Faso in December 2018 have been released to the U.N. peacekeeping mission in neighboring Mali and appear to be in good health, a mission spokesman said on Saturday.

Edith Blais and Italian Luca Tacchetto went missing while travelling through Burkina Faso, a country where terrorist groups with links to al-Qaida and Daesh are active and have kidnapped Westerners in the past.

It is not known who was responsible for Blais and Tacchetto's kidnapping or if any ransom was paid.

U.N. mission spokesman Olivier Salgado told Reuters that the two were received by peacekeepers on Friday evening and would be handed over to Malian authorities later on Saturday.

He shared a photo of Blais and Tacchetto wearing U.N. human rights t-shirts and sweatpants. Both are grinning in the photo and appear to be healthy.

Another Canadian, Kirk Woodman, was kidnapped in January 2019 from a mining site where he was working in Burkina Faso and found dead later the same week.

Daesh terrorist group claimed to have kidnapped and killed him, but security sources told Reuters they believed he actually died during a botched attempt by a criminal gang to sell him on to another group.