Concerns grow over rising wave of terrorism, violence in Africa 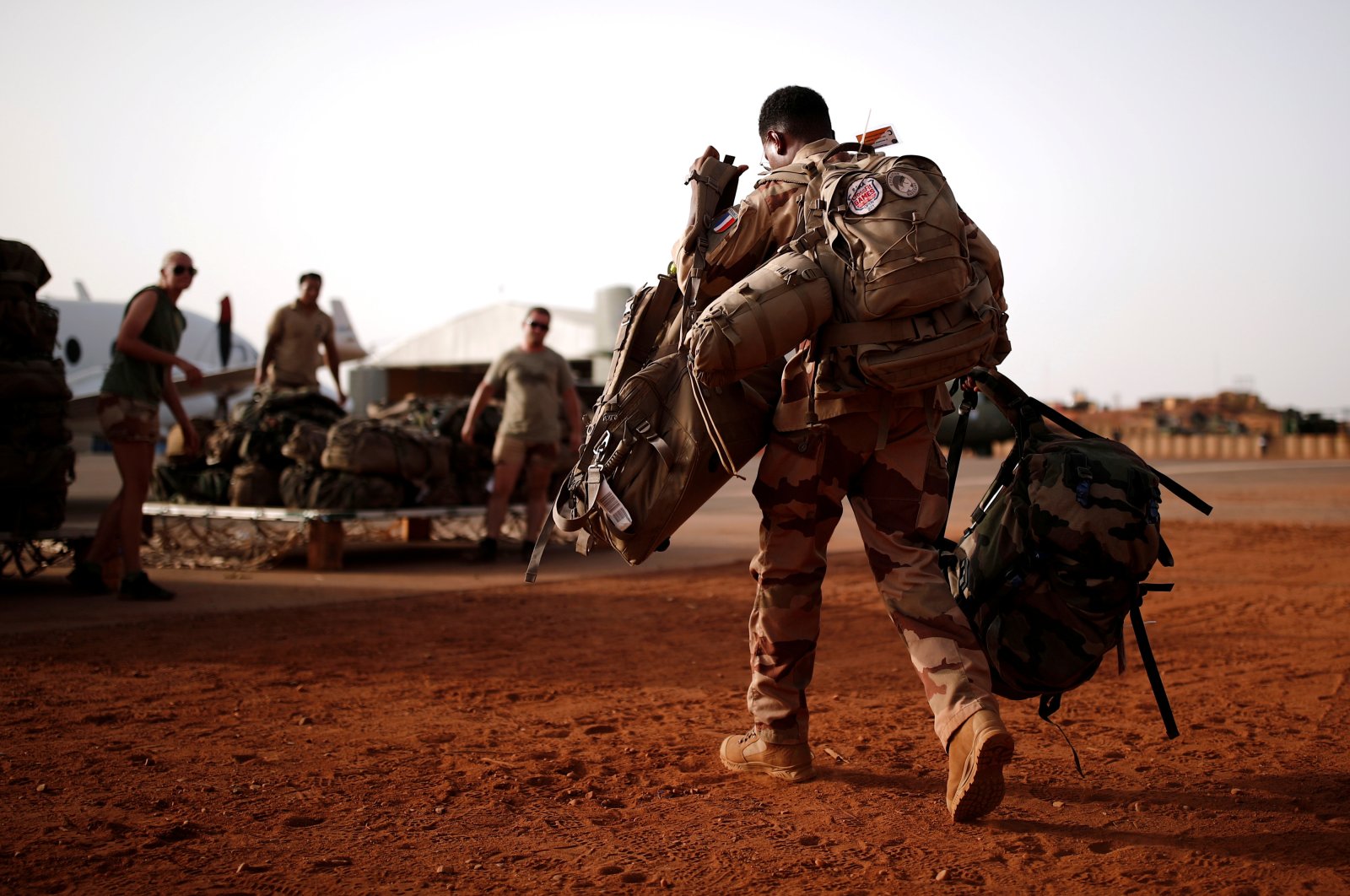 A French soldier leaves with his backpack at the Operational Desert Platform Camp (PfOD) during Operation Barkhane, Gao, Aug. 1, 2019. (Reuters Photo)
by Daily Sabah with Agencies Mar 12, 2020 11:58 am
RECOMMENDED

Amid increasing attacks by active militant groups in Africa, such as Boko Haram, al-Shabab, Daesh and al-Qaida, the U.N. Security Council strongly condemned the increasing threat to peace and security in the region from terrorism Wednesday and urged all countries “to consider mobilizing more predictable resources and expertise” to strengthen African efforts to counter terrorism and violence.

A Chinese-sponsored presidential statement approved by all 15 council nations also urged the 193 U.N. member states and the U.N. system to take measures “to address all drivers of violent extremism conducive to terrorism.” The council encouraged countries to foster quality education and provide employment opportunities and vocational training for young people and include them in all levels of decision-making, saying “such efforts contribute to countering recruitment to terrorism.” U.N. political chief Rosemary DiCarlo told the council that terrorism and violent extremism continue to grow in various parts of the continent despite efforts to prevent and counter it. She pointed to al-Shabab threatening security in Somalia and East Africa and affiliates of Daesh and al-Qaida collaborating to stage increasingly sophisticated attacks in West Africa, especially in Burkina Faso, Mali and Niger.

France has deployed 5,100 soldiers in Operation Barkhane to roll back militants and has repeatedly told the U.S. that the situation is urgent. The U.S. is looking at cutting African operations as part of a refocus against China and Russia, prompting French warnings that the move would hamper international efforts against extremism. European anti-militants' efforts in the troubled region are "insufficient" and "uncoordinated," a senior U.S. military official said Tuesday.

"I think that Europe can and should do more before America should do more in this part of the world," said General Stephen Townsend, the commander of the United States Africa Command (Africom).

Despite the French presence and a 13,000-strong U.N. peacekeeping force dubbed MINUSMA in Mali, the conflict that erupted in the north of that country in 2012 has since spread to its neighbors, especially to Burkina Faso and Niger. However, the militants have regrouped, with violence quickly spiraling out of control and having doubled every year since 2015. Thousands of civilians have been killed and more than a million displaced, with hundreds of troops dead, including dozens of French.

DiCarlo also pointed to Daesh’s continuing operations in Libya despite recent setbacks, adding that “it is restructuring and empowering its affiliates in eastern, southern and central Africa.” She said Daesh affiliates and splinter groups including Boko Haram “continue to terrorize local populations and attack security forces” in the Sahel and Lake Chad Basin.

A statement from the council’s three African members – Tunisia, Niger and South Africa – said foreigners who fought with Daesh in Iraq and Syria “are increasingly relocating into the continent,” mainly to areas where government presence is weak. Such fighters exploit local grievances, poverty and the lack of public services and security, and they also “resort to the use of barbaric force against populations and they engage in cross border criminal activities,” said the statement, which was also signed by the Caribbean nation of Saint Vincent and the Grenadines. The statement added that some al-Qaida and Daesh groups “appear to be working together and coordinating attacks to grab large swaths of territory.”