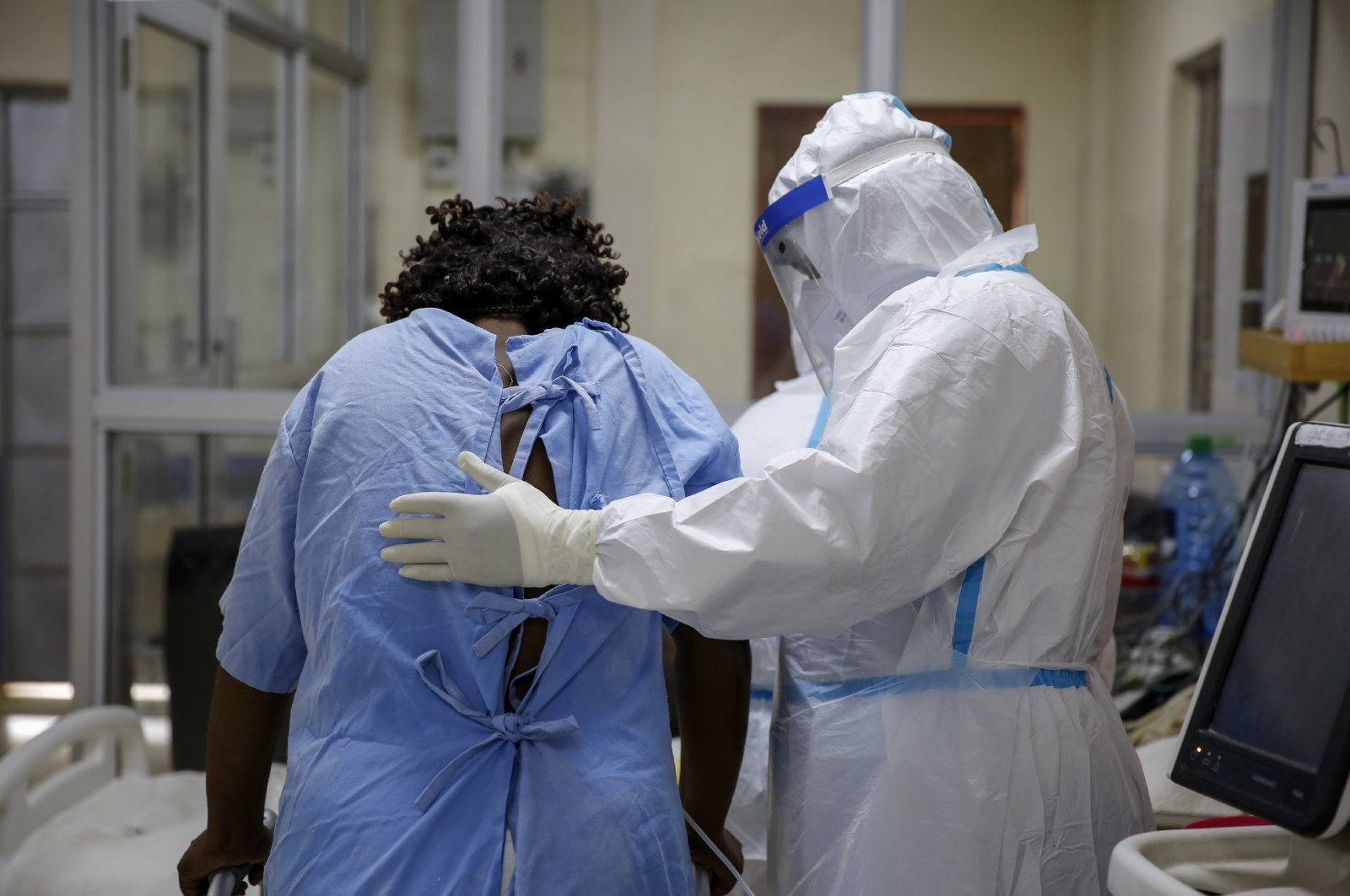 A medical worker attends to a coronavirus patient in the intensive care unit of an isolation and treatment center for those with COVID-19 in Machakos, south of the capital Nairobi, in Kenya, Nov. 3, 2020. (AP Photo)
by ASSOCIATED PRESS
Nov 19, 2020 10:22 am

The African continent has surpassed 2 million confirmed cases as the top public health official warned Thursday that "we are inevitably edging toward a second wave” of infections. The Africa Centers for Disease Control and Prevention (Africa CDC) said the 54-nation continent had crossed the milestone.

Africa has seen more than 48,000 deaths from COVID-19. Its infections and deaths make up less than 4% of the global total.

The African continent of 1.3 billion people is being warned against "prevention fatigue” as countries loosen pandemic restrictions to ease their economies’ suffering and more people travel.

"We cannot relent. If we relent, then all the sacrifices we put into efforts over the past 10 months will be wiped away,” Africa CDC director John Nkengasong told reporters. He expressed concern that "many countries are not enforcing public health measures, including masking, which is extremely important.” While the world takes hope from promising COVID-19 vaccines, African health officials also worry the continent will suffer as richer countries buy up supplies.

But he warned that the Pfizer vaccine requires storage at minus 70 degrees Celsius, and such a requirement "already creates an imbalance in the fair distribution or access to those vaccines" as richer countries will be better equipped to move quickly.

A storage network at minus 70 Celsius was put in place for West Africa's devastating Ebola outbreak a few years ago, but that was localized, Nkengasong said.

"If we were to deploy across the whole continent, it would be extremely challenging to scale it,” he said. "Let’s be hopeful in coming weeks other vaccines will show more ease of distribution in resource-limited settings like Africa.”

The Moderna vaccine requires storage at minus 20 degrees Celsius, which Nkengasong called promising. But the price of any COVID-19 vaccine is another factor in their fair distribution, he said.

"So if a vaccine is $40 it becomes almost exclusive to parts of the world” that can afford it. But he offered an optimistic early look at attitudes across Africa toward any COVID-19 vaccine. Early data from a vaccine perception survey in 11 countries show 81% of respondents would accept a vaccine, he said. "So that's very, very encouraging news.”

Kenya is the latest concern as it now sees a fresh surge in cases. At least four doctors died on Saturday alone, leading a powerful health union in the country to threaten a nationwide strike starting next month.

"Absolutely no doubt you’ll see COVID spread into more rural areas” of Kenya and other countries, Nkengasong said, as more people move around.

The African continent has conducted 20 million coronavirus tests since the pandemic began, but shortages mean the true number of infections is unknown.