COVID-19 infections to peak in world's poorest countries in next 6 months, UN estimates 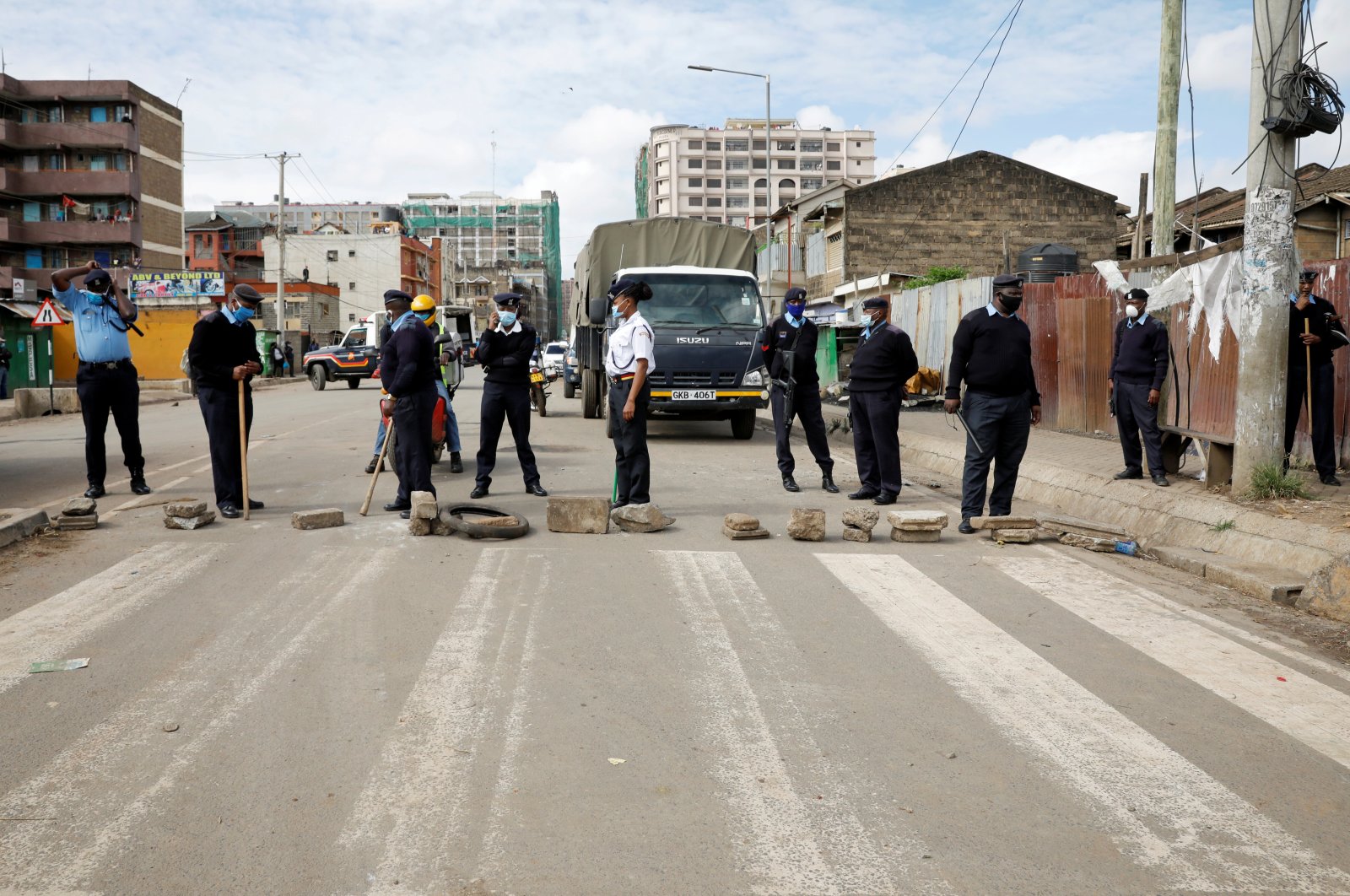 A police checkpoint is seen, after the government announced a lockdown of Nairobi's storied Eastleigh district and the Old Town of Mombasa for two weeks, Nairobi, May 7, 2020. (Reuters Photo)
by Compiled from Wire Services May 08, 2020 3:09 pm
RECOMMENDED

While the United States and Europe are in the grip of the COVID-19 outbreak, the United Nations warned that the coronavirus was not expected to peak in the world's poorest countries until some point over the next three to six months.

"The most devastating and destabilizing effects" of the novel coronavirus pandemic "will be felt in the world's poorest countries," the U.N. under-secretary general for humanitarian affairs, Mark Lowcock, said in a statement. "Unless we take action now, we should be prepared for a significant rise in conflict, hunger and poverty. The specter of multiple famines looms," he warned.

The novel coronavirus has killed at least 269,514 people since the outbreak first emerged in China last December. The U.S. has the highest number of total deaths with 75,670 out of 1,256,972 cases. At least 195,036 have been declared recovered. Britain now has the second highest toll with 30,615 deaths from 206,715 cases. On Tuesday, figures compiled by British regional health agencies put the number of fatalities at over 32,000. But these include cases where COVID-19 is only suspected to be the cause, in addition to people who tested positive. Italy, at one time the epicenter in Europe, has registered 29,958 deaths and 215,858 cases.

For Africa, the novel coronavirus could kill between 83,000 and 190,000 people in the first year and infect between 29 million and 44 million in the first year if it is not contained, the World Health Organization (WHO) said on Thursday.

The projections are contained in a new WHO Africa study based on assumptions that no containment measures are put in place, which has fortunately not been the case, WHO Africa head Matshidiso Moeti told reporters in a teleconference.
Most countries on the continent have imposed restrictions on public gatherings, international travel and curfews among other measures meant to curb the spread of the virus. The virus hit Africa later than other continents and transmission rates are lower than elsewhere. Still, this could translate into a prolonged, years-long outbreak, WHO said.
"COVID-19 could become a fixture in our lives for the next several years unless a proactive approach is taken by many governments in the region. We need to test, trace, isolate and treat," Moeti said in a separate statement. The organization warned that small countries, as well as Algeria, South Africa and Cameroon, could be severely affected.

Under the projected no-containment scenario, "there would be an estimated 3.6 million–5.5 million COVID-19 hospitalizations, of which 82,000–167,000 would be severe cases requiring oxygen, and 52,000–107,000 would be critical cases requiring breathing support," WHO Africa said.
Africa has less than one intensive care bed and one ventilator per 100,000 people, a Reuters survey found on Thursday.

Human resources are also a challenge. "We are very concerned that almost 1,000 African health workers have been infected with COVID-19. We know that most African countries already have a severe shortage of health care workers," Moeti told reporters.