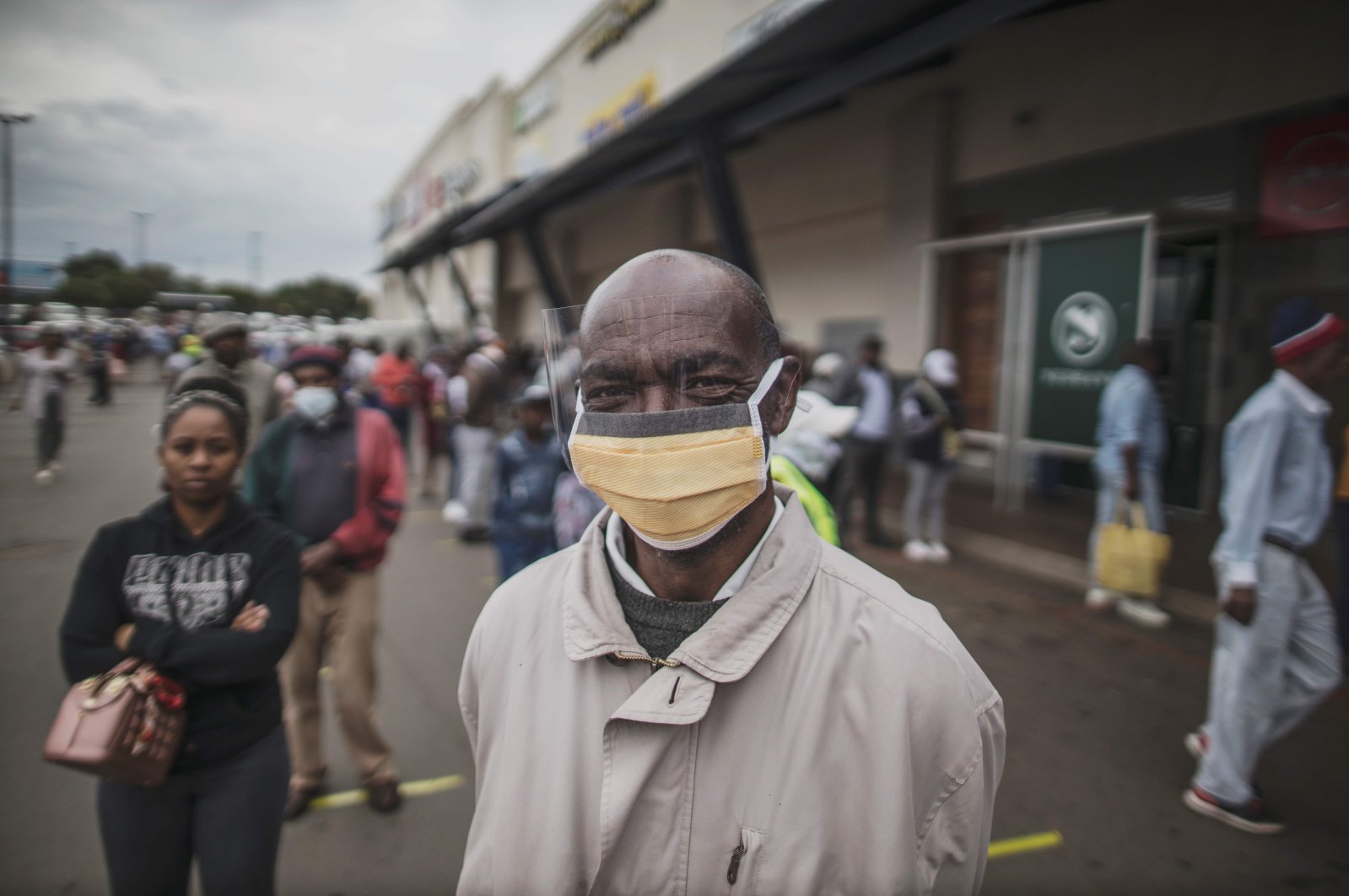 An elderly man from Soweto, covers his face with a face shield while queuing at a SASSA (South African Social Security Agency) pay-point in Soweto on March 30, 2020. (AFP Photo)
by DAILY SABAH Mar 30, 2020 2:10 pm
RECOMMENDED

The new type of coronavirus has spread all over the world and now is slowly spreading to the hot continent of Africa.

The virus that reached Africa through people from European countries was first seen in Egypt and then recorded in Algeria, Morocco, Nigeria, South Africa and other African countries excluding Burundi, Lesotho, Sierra Leone, Comoros and South Sudan.

Nearly 5,000 cases have been recorded since mid-February when the virus reached the continent and more than 150 people died due to the virus.

After the World Health Organization (WHO) expressed its concerns about poor health infrastructure on the continent saying: "Wake up and get ready for the worst,” the African countries followed the steps of Europe and started to implement precautions to prevent the spread of the new type of coronavirus.

With the spread of the virus on the continent, many countries, especially the ones that do not have experience with any cases such as the Democratic Republic of Congo, Mauritania and the Republic of Mali have announced that all passengers who came from France, Italy, China, South Korea and Iran would be quarantined.

African countries further tightened the measures, as the first coronavirus case occurred in Nigeria at the end of February which was followed by the first death in Burkina Faso and the increase of cases in South Africa.

Within the scope of the measures taken in many African countries including the Republic of Senegal, Republic of Ghana, Burkina Faso, Cameroon and South Africa, big events and summits were delayed, public gatherings were banned, restaurants, entertainment venues were closed, universities and schools were vacationed.

Many African countries also stopped all international flights and closed their borders.

Despite all the measures taken, COVID-19 still continues to spread across the continent. Senegal, Ghana, Burkina Faso, Senegal, Republic of Côte d'Ivoire and South Africa have decided to restrict intercity travel in many cities to prevent the spread of the virus.

Some countries have also declared a full day or partial curfew.

Countries such as Kenya and Cameroon have banned second-hand clothing brought from Europe as part of the fight against the pandemic, along with the measures already taken.

“We must be on guard and take the coronavirus seriously. I urge my African colleagues to act together. Africa should not be the new center of this disease,” said the Senegalese President Macky Sall.

Sall together with Ethiopian Prime Minister Abiy Ahmed Ali called on G-20 countries to delete their debts and provide budget support due to the negative impact of the outbreak.

ECA Executive Secretary Vera Songwe said Africa may lose half of its GDP with growth falling from 3.2% to about 2% due to a number of reasons which include the disruption of global supply chains and added that the continent’s interconnectedness to affected economies of the European Union, China and the United States was causing ripple effects.

According to the African Center for Disease Control and Prevention (Africa CDC), 4,807 coronavirus cases have been recorded in 46 countries across the continent, with the death toll at 154.