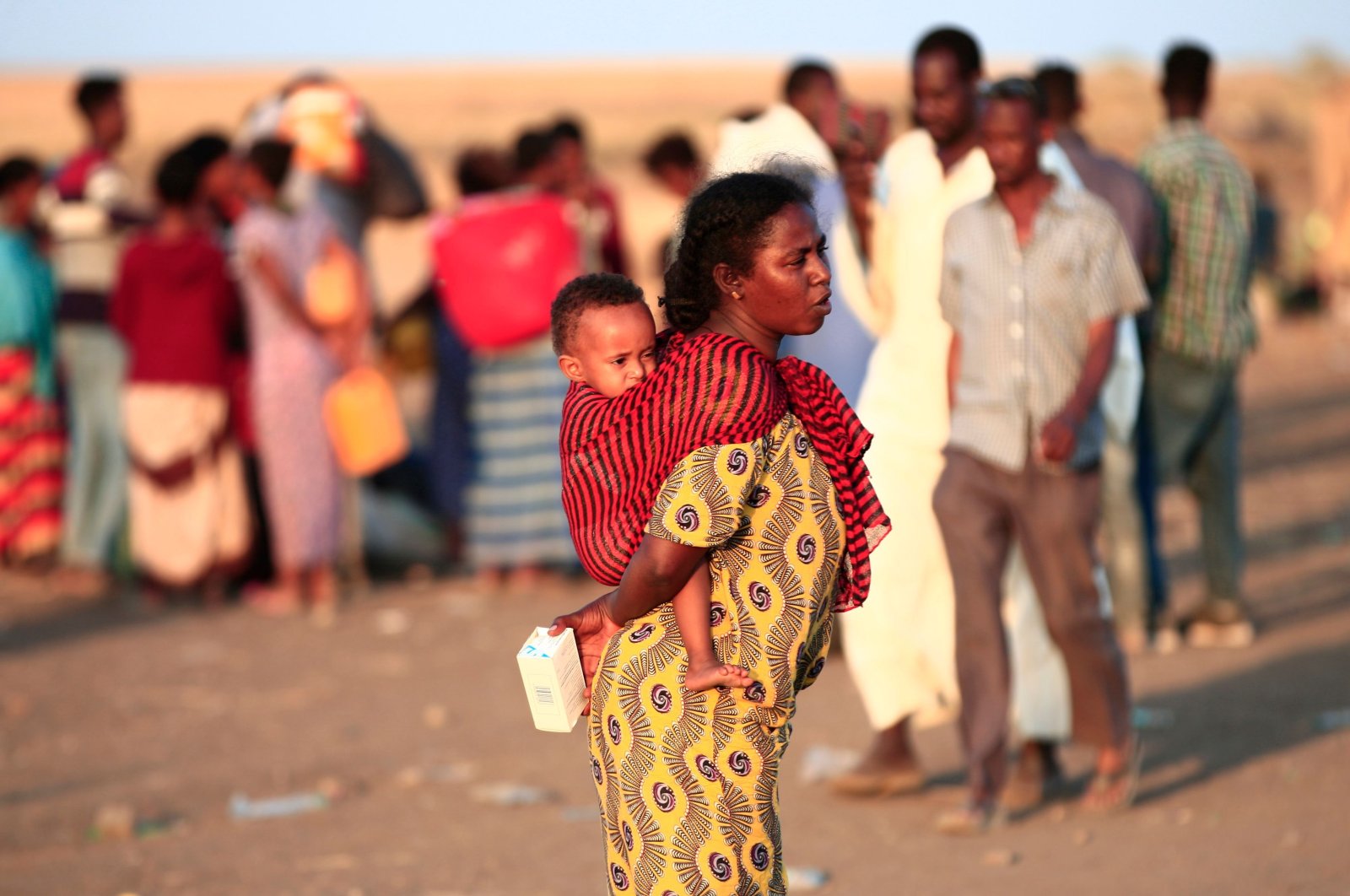 The brewing civil war between the Ethiopian government and Tigray forces has sent 25,000 Ethiopian refugees, frightened and hungry, fleeing into Sudan amid concerns over an emerging humanitarian disaster

The conflict in Ethiopia continues to worsen as clashes between the Ethiopian federal government and Tigray forces threaten to destabilize the wider Horn of Africa region. More regional actors have been drawn into the two-week military offensive with Sudan facing an influx of thousands of refugees and Eritrea being targeted by Tigray rocket attacks over the weekend.

Ethiopia's Prime Minister Ahmed Abiy launched the campaign in Tigray on Nov. 4 after accusing local forces of attacking federal troops based in the northern state, which borders Eritrea and Sudan and is home to some 5 million people. Abiy's government said Monday it had captured the town of Alamata in the northern Tigray region.

"They fled, taking along around 10,000 prisoners," the government said, as reported by Reuters. "Residents say many youth above the age of 14 had already fled the area for fear of being recruited by the Tigray People's Liberation Front (TPLF)."

Fighting also spread into Ethiopia's Amhara state, whose local forces are fighting with federal troops in Tigray. Late on Friday, rockets were fired at two airports in Amhara in what the TPLF said was in retaliation to government airstrikes.

Since Abiy ordered airstrikes and a ground offensive against Tigray's rulers for defying his authority, hundreds have died, at least 25,000 refugees have fled to Sudan and there have been multiple reports of atrocities. More than 14,500 children, women and men have fled into Sudan in search of safety, as reported by the United Nations High Commisioner for Refugees (UNHCR). Services for 96,000 Eritrean refugees inside Tigray have been seriously disrupted, with reports of a growing number of Ethiopians becoming displaced internally.

The conflict could also jeopardize a recent economic opening, stir up ethnic bloodshed elsewhere around Africa's second-most populous nation and tarnish the reputation of Abiy who won a Nobel Peace Prize last year for a peace pact with neighboring Eritrea.

The leader of the Tigray region on Sunday claimed responsibility for rocket strikes targeting the airport in Eritrea's capital, Asmara. "Ethiopian forces are also using the airport of Asmara," TPLF leader Debretsion Gebremichael told Agence France-Presse (AFP) on Sunday, saying this made the airport a "legitimate target" for the strikes.

The TPLF has accused Eritrea of sending tanks and thousands of soldiers over the border to support Ethiopian federal troops, which Asmara has denied.

Tigray leaders accuse Abiy, who is from the largest Oromo ethnic group, of persecuting them and purging them from government and security forces over the last two years. Abiy said they rose up against him by attacking a military base.

The Ethiopian National Defense Force (ENDF) has around 140,000 personnel and plenty of experience from fighting terrorists in Somalia, rebel groups in border regions and a two-decade border standoff with Eritrea. But many senior officers were Tigrayan, much of its most powerful weaponry is there and the TPLF has seized the powerful Northern Command's headquarters in Mekelle.

There are reports of defections of Tigrayan members of the ENDF. The TPLF itself has a formidable history, spearheading the rebel march to Addis Ababa that ousted a Marxist dictatorship in 1991 and bearing the brunt of a 1998-2000 war with Eritrea that killed hundreds of thousands.

Eritrea's President Isaias Afwerki – a long-time foe of the Tigrayan leaders – controls a vast standing army which the United States' CIA puts at 200,000 personnel. Abiy once fought alongside the Tigrayans and was a partner in government until 2018 when he took office, winning early plaudits for pursuing peace with Eritrea, starting to liberalize the economy and opening up a repressive political system.