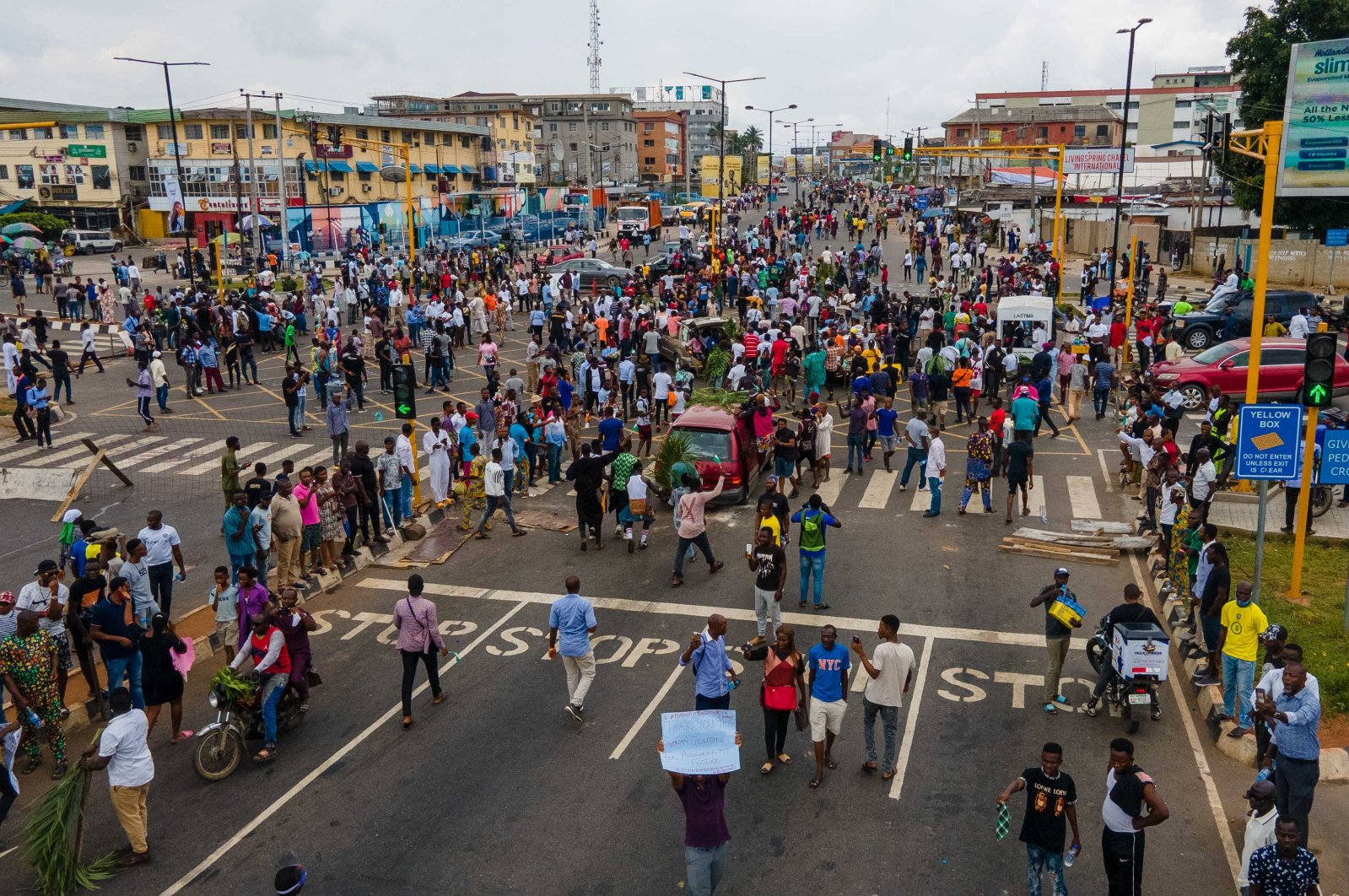 Protesters swarm the Allen Avenue roundabout during a demonstration in support of the ongoing protest against the police brutality, Lagos, Nigeria, Oct. 19, 2020. (AFP Photo)
by Agencies Oct 20, 2020 1:50 pm
RECOMMENDED

As violent incidents have stemmed from Nigeria's widespread protests against police brutality, a 24-hour curfew has been imposed in Lagos, the country's largest city.

The announcement of the curfew in Lagos, a sprawling city of some 14 million, came Tuesday after a police station was burned down in the city and two people were shot dead by police.

At least 15 people have been killed since protests erupted this month in Nigeria against police brutality, Amnesty International said Monday.

The rights organization said two police officers were among the victims while hundreds of people have been injured.

Nationwide protests have continued since Oct. 7 despite the disbanding of the controversial Special Anti-Robbery Squad (SARS) police unit.

Footage seen by AFP showed hundreds of mainly young protesters waving flags and placards as they marched outside the international departures terminal in the economic hub.

The outpouring of anger forced the government to scrap the unit a week ago and promise reforms, but protests have continued to swell as the young demonstrators demand more sweeping changes.

Reports of violence have begun to rise following a lull in bloodshed as officials promised to rein in the security forces after an initial harsh response from police.

The spread and scale of the demonstrations have rattled the government of Muhammadu Buhari as they have snowballed into the largest show of people power in years.

The #EndSARS rallying cry has trended on social media and drawn support from high-profile celebrities in Nigeria and abroad.

Officials have urged an end to the demonstrations to give the authorities a chance to implement a promised overhaul of law enforcement.