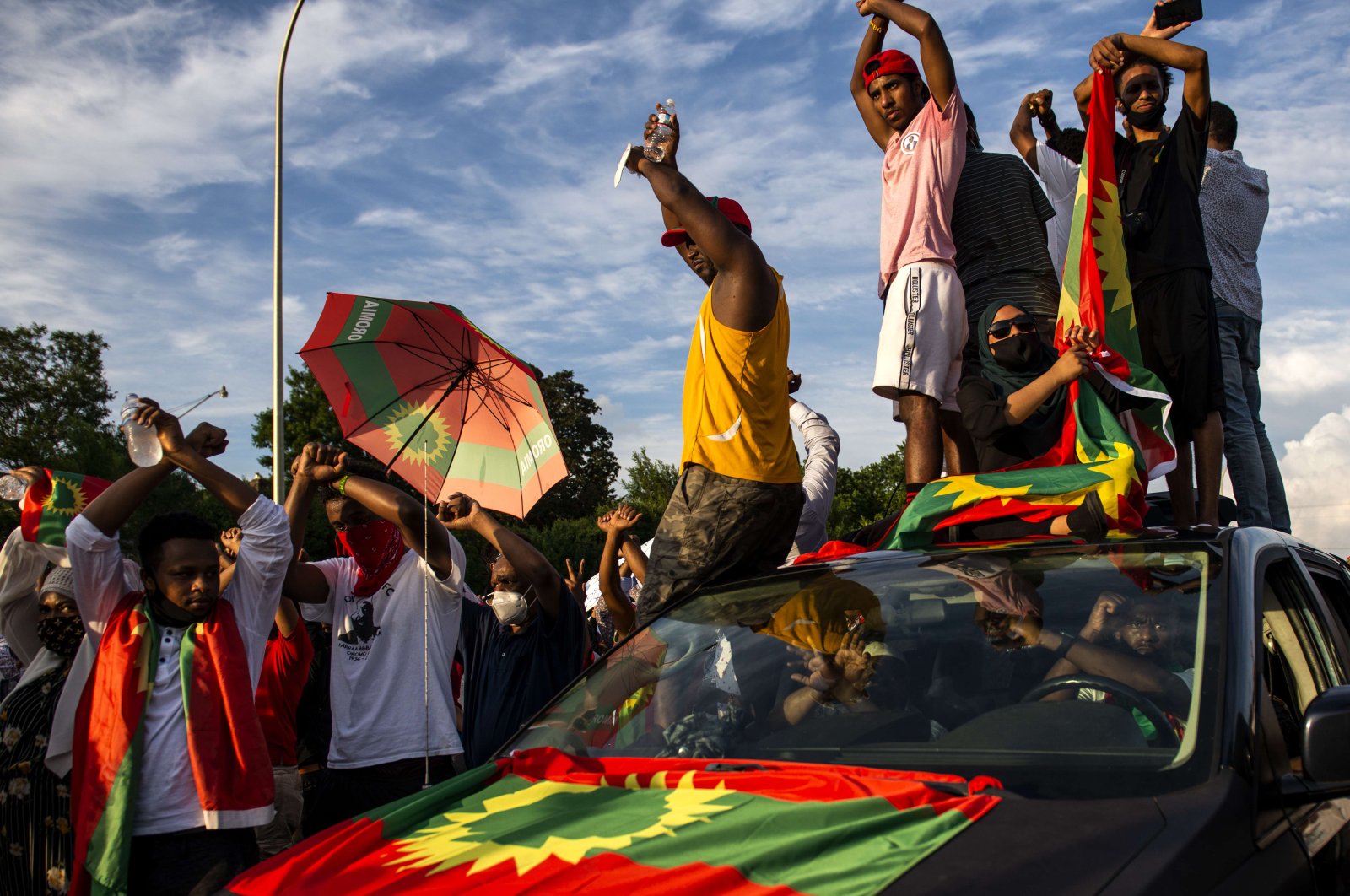 Demonstrators hold up a crossed-arms gesture during a protest after the death of musician and activist Hachalu Hundessa on the westbound lane of Interstate 94, St. Paul, Minnesota, July 1, 2020. (AFP Photo)
by Compiled from Wire Services Jul 05, 2020 4:00 pm
RECOMMENDED

The number of people killed in protests in Ethiopia following the slaying of a popular singer has jumped to 156 from the initial tally of 80, a senior regional security official told Reuters Sunday.

Jibril Mohammed, head of the Oromia Security and Peace Bureau, said the 156 people died just in the Oromia region, which was the worst-hit by the protests.

Ethiopian police were patrolling the country's troubled Oromia region and the capital, Addis Ababa, on Sunday, following a week of unrest.

The internet was cut last week to try to dampen the protests and made it difficult for rights monitors to track the scores of killings.

More than 2,280 people were arrested in Oromia and Addis Ababa, said police. Arrests included that of a well-known Oromo activist, Jawar Mohammed, and more than 30 supporters. It is not clear what charges they might face. The Oromo make up Ethiopia’s largest ethnic group but had never held the country’s top political post until Prime Minister Abiy Ahmed came to power in 2018.

The unrest erupted after popular singer Hachalu Hundessa was killed. He had been a prominent voice in anti-government protests that led to Abiy coming to power. The singer was buried Thursday in a ceremony shown on national television.

However, Abiy's steps to open political space have been used by some Ethiopians to air ethnic and other grievances. At times it has led to deadly violence and human rights groups have accused security forces of abuses.