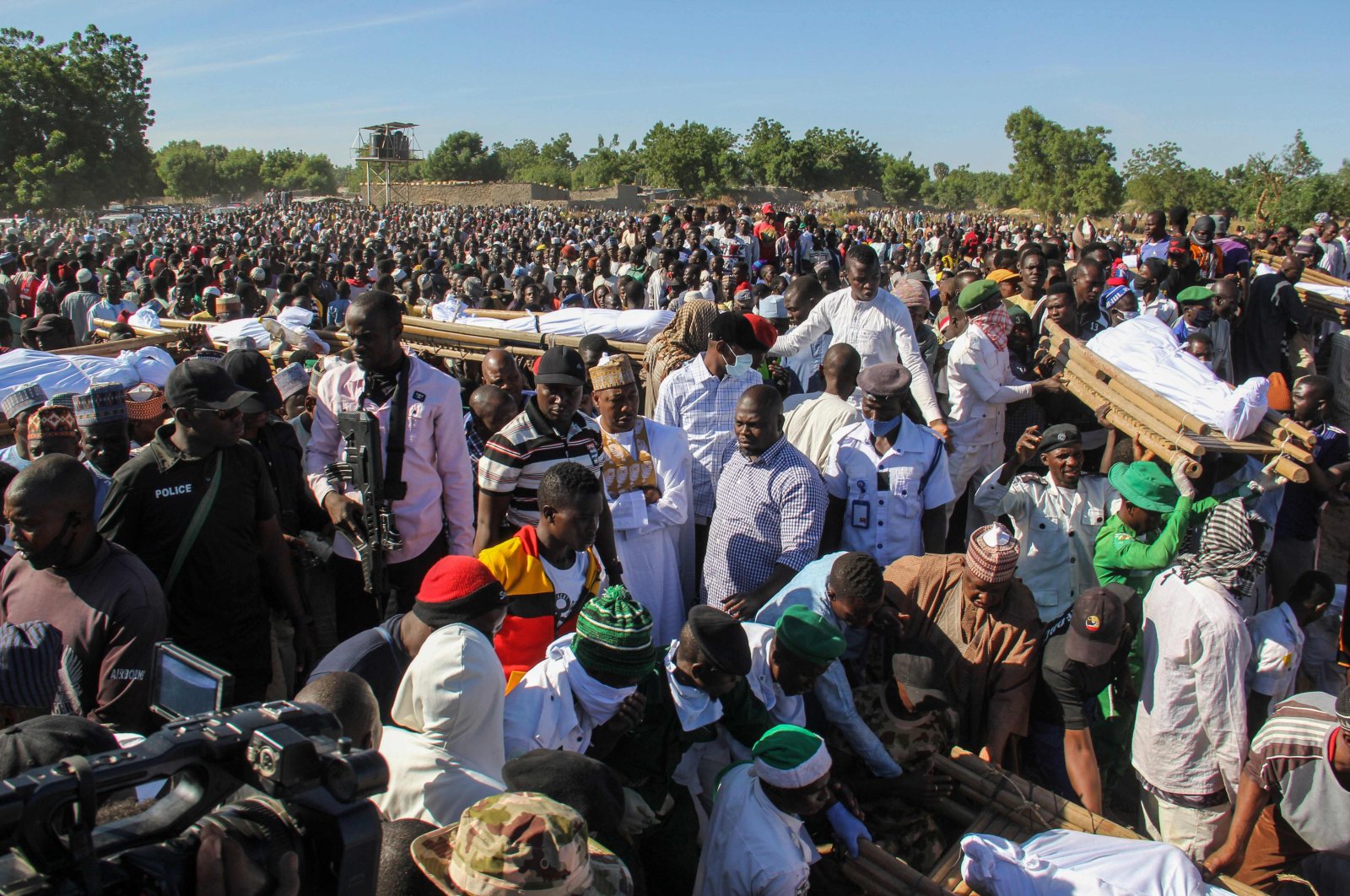 A weekend attack on a village in northeast Nigeria blamed on the Boko Haram group left at least 110 dead, the U.N. humanitarian coordinator in the country said Sunday.

"At least 110 civilians were ruthlessly killed and many others were wounded in this attack," Edward Kallon said in a statement after initial tolls indicated 43 and then at least 70 dead from Saturday's massacre by suspected Boko Haram fighters.

"The incident is the most violent direct attack against innocent civilians this year," Kallon said, adding: "I call for the perpetrators of this heinous and senseless act to be brought to justice."

The bloodletting took place in the village of Koshobe near the main city of Maiduguri, with assailants targeting farmers on rice fields.

Borno Governor Babaganan Umara Zulum attended the burial Sunday in the nearby village of Zabarmari of 43 bodies recovered on Saturday, saying the toll could rise after search operations resumed.

According to Agence France-Press (AFP), the victims were among laborers from Sokoto state in northwestern Nigeria, roughly 1,000 kilometers (600 miles) away, who had traveled to the northeast to find work, it said. Six were wounded in the attack and eight remained missing as of Saturday.

Kallon, citing "reports that several women may have been kidnapped," called for their immediate release and return to safety.

Nigerian President Muhammadu Buhari condemned the attack, saying: "The entire country has been wounded by these senseless killings."

The attack took place as voters went to the polls in long-delayed local elections in Borno State.

Meanwhile, Turkey's Foreign Ministry also denounced the deadly attack on Sunday, calling the massacre "brutal" and offering condolences to the families of those who lost their lives.

"It has been learned with great sorrow that more than 40 agricultural workers lost their lives and were seriously injured in the brutal attack on a rice field in the town of Zabarmari in the Borno State of Nigeria on 28 November 2020 by the terrorist organization Boko Haram. We condemn this attack and offer our sincere condolences to the families of those who lost their lives in the attack and the brotherly people of Nigeria. We wish the wounded a speedy recovery," it said in the statement.

Boko Haram launched a bloody insurgency in 2009 in northeastern Nigeria but later spread its atrocities to neighboring Niger, Chad and Cameroon, prompting a military response.

More than 30,000 people have been killed and nearly 3 million displaced in a decade of Boko Haram's violence in Nigeria, according to the U.N. Office for the Coordination of Humanitarian Affairs.

Violence by Boko Haram has affected 26 million people in the Lake Chad region and displaced 2.6 million others, according to the U.N. Refugee Agency.