Dozens ill, 15 dead due to unidentified infection in Tanzania 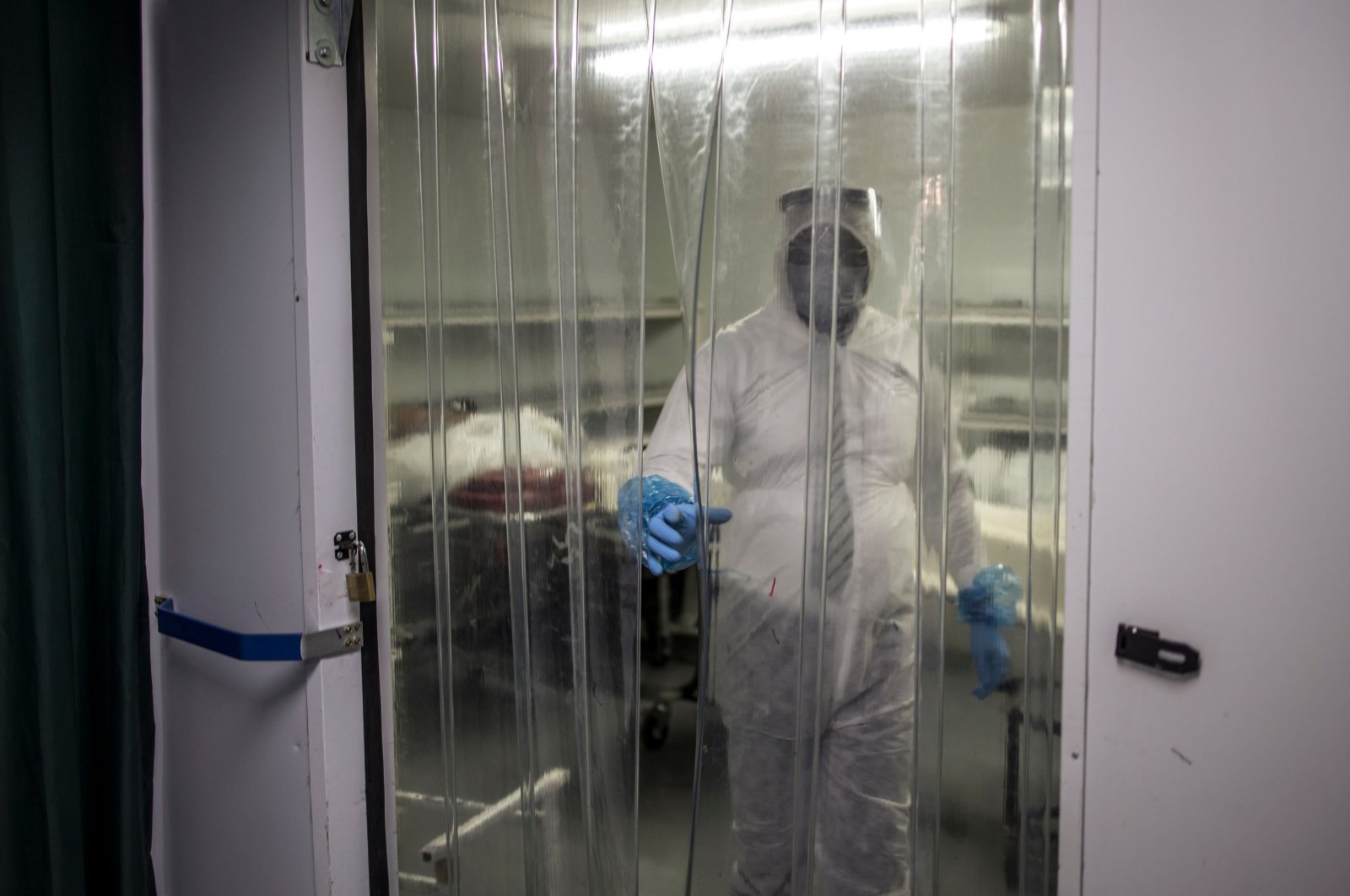 An undertaker emerges from a cold storage room where the remains of COVID-19 patients are stored, at the AVBOB funeral house in Soweto, South Africa, July 21, 2020. (AFP Photo)
by Anadolu Agency Feb 07, 2021 2:37 pm
RECOMMENDED

At least 15 people have died and more than 50 others have been hospitalized in southern Tanzania due to an unidentified infection that caused many to suffer from nausea and vomit blood, health officials said Sunday.

Felista Kisandu, the chief medical officer in the remote Chunya district of Mbeya city, said a team of medical experts has been deployed to clinically assess the patients and investigate the cause of the outbreak.

"This problem has not been widespread. It has happened in just a single administrative ward of Ifumbo where people vomit blood and die when they get to the hospital late,” she said. The cause of their illness has not been identified yet, but Tanzania's Health Ministry has ruled out an outbreak. Initial clinical examinations revealed the patients, mostly men, suffered from stomach ulcers and liver disease, Kisandu said.

"We have advised them to avoid drinking illicit brew, smoking cigarettes and other hard drinks,” she said. Kisandu said various samples of water and patients' blood have been sent to the chief government chemist for verification to establish if there are traces of mercury contamination.

According to records at Mbeya's Chief Medical Office, a similar disease plagued the region in 2018, when several people were confirmed to be suffering from high fever, stomach upset and vomiting blood.

Doroth Gwajima, Tanzania's health minister, has deployed a team of experts to assess the situation and instructed them to submit a written report establishing the cause of the disease for further actions, a statement issued by the ministry said.

The minister called on the people to remain calm while officials are making a follow-up on what had happened.