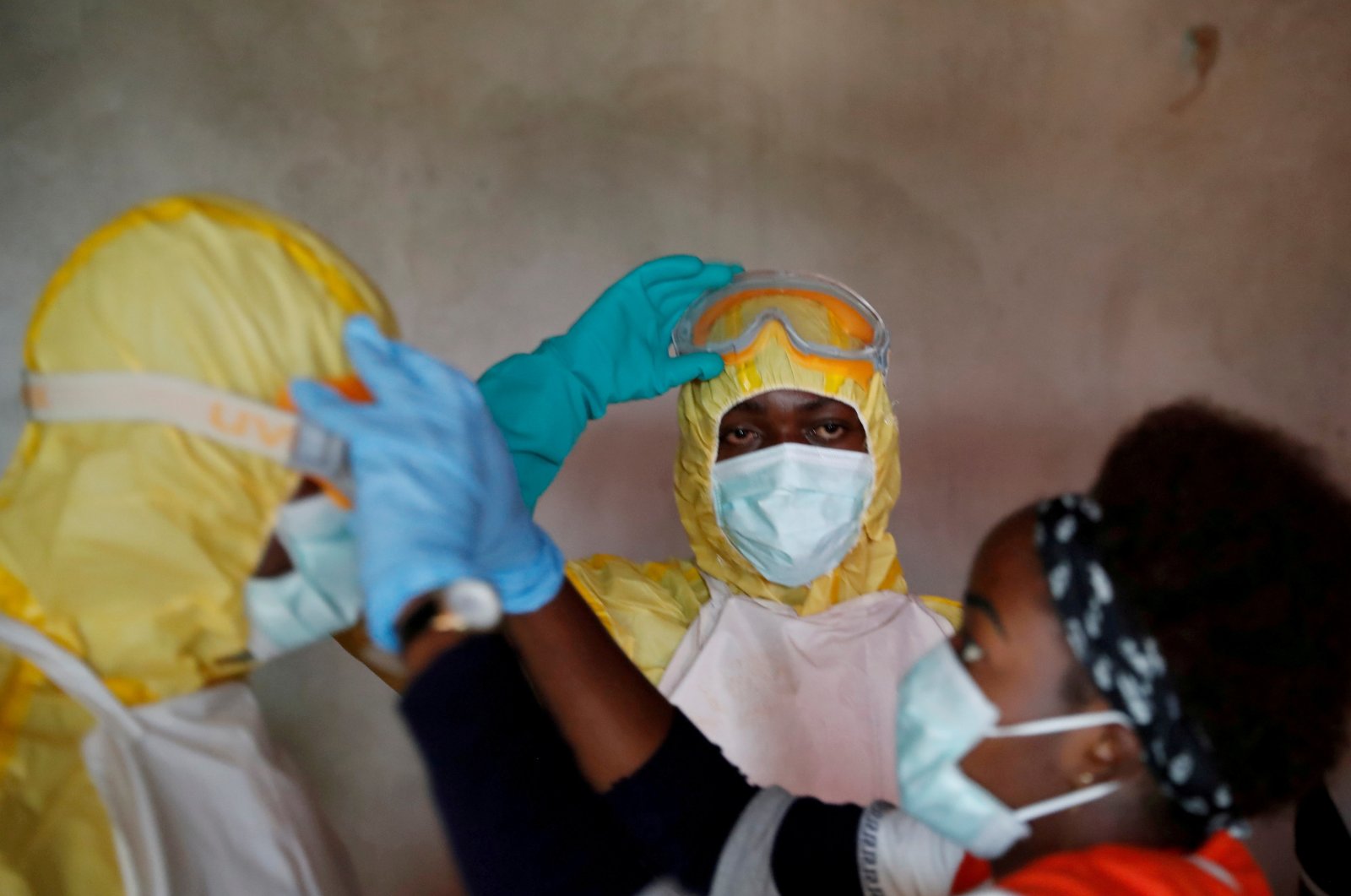 Health care workers adjust gear during a funeral of a person who is suspected of dying of Ebola in Beni, North Kivu Province, Democratic Republic of Congo, Dec. 9, 2018. (Reuters Photo)
by REUTERS May 03, 2021 3:37 pm
RECOMMENDED

The Democratic Republic of Congo announced the end of its latest Ebola outbreak, three months after the first case was reported in eastern North Kivu province.

The outbreak infected 12 people in North Kivu, killing six of them.

The outbreak was contained using Merck's Ebola vaccine, which was given to more than 1,600 of the patients' contacts and contacts of contacts, the aid group Doctors Without Borders (MSF), said.

The cases were genetically linked to the 2018-20 Ebola epidemic that killed more than 2,200 people, the second-highest toll recorded in the disease's history.

The latest flare-up emerged on Feb. 3 in the city of Butembo with the death of a woman whose husband had contracted the virus in the previous outbreak.

The virus can remain in certain body fluids, including semen, of a patient who has recovered from the disease, even if they no longer have symptoms of severe illness.

"I am pleased to solemnly declare the end of the 12th epidemic of Ebola virus disease in North Kivu Province," Health Minister Jean-Jacques Mbungani said in a statement.

"Despite the security context and the COVID-19 pandemic, the rapidity and efficiency of the response put in place by the government and its partners made it possible to defeat this pandemic in less than three months," he said.

The response was often hampered by insecurity caused by armed groups and social unrest limited the movement of health workers, the World Health Organization (WHO) said in a statement.

"Huge credit must be given to the local health workers and the national authorities for their prompt response, tenacity, experience and hard work that brought this outbreak under control," said Matshidiso Moeti, WHO Regional Direct for Africa.

"Although the outbreak has ended, we must stay alert for possible resurgence and at the same time use the growing expertise on emergency response to address other health threats the country faces."