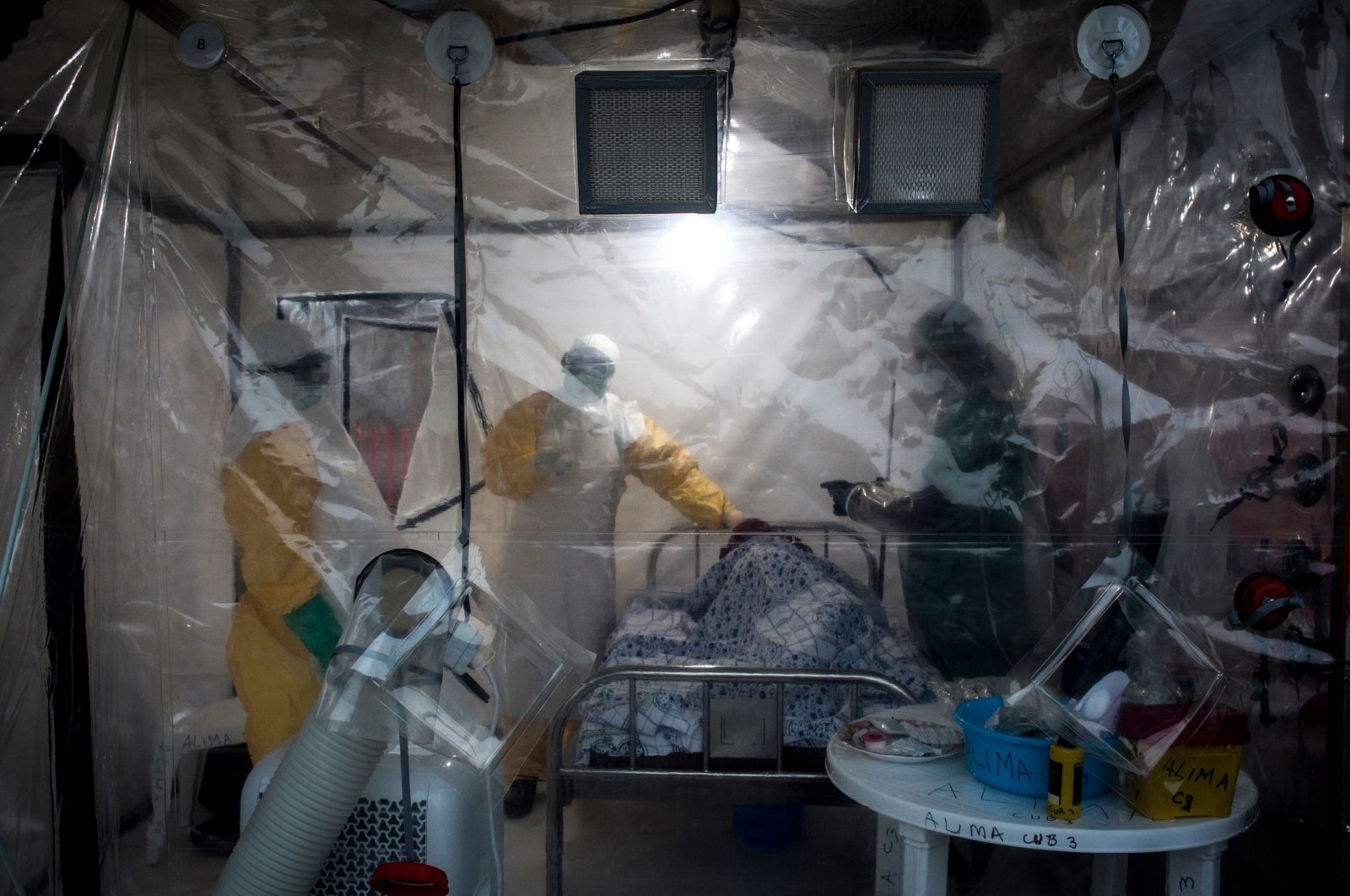 A woman has contracted Ebola and died in a new case of the virus detected in the Democratic Republic of Congo (DRC) near the eastern city of Butembo, the Health Ministry said on Sunday, as the World Health Organization (WHO) continues to help the country with the response.

The woman was diagnosed with symptoms of the zaire ebolavirus in the town of Biena on Feb. 1 and died in hospital in Butembo on Feb. 3. She was married to a man who had contracted the virus in a previous outbreak. It was not yet clear if the case marks the start of a new outbreak or if it represents a manageable flare-up from an outbreak in the region that killed over 2,200 people between 2018 and 2020, the second-most deadly period in the disease's history. Last June, the WHO had declared the end of the Ebola epidemic in the Democratic Republic of Congo.

"I also want to tell my brothers and sisters of Butembo not to panic," local news website Actualite quoted Health Minister Eteni Longondo as saying. "Another national team will follow early next week. We are here. We will do everything to make this disease go away as soon as possible," Longondo added. He said a provincial response team had been formed and would be in the northeastern city of Beni on Sunday.

More than 70 people who came into contact with the dead woman have been tracked and the places she visited are being disinfected, said the WHO. Samples have been sent to Kinshasa to confirm the link to the previous outbreak.

"It is not unusual for sporadic cases to occur following a major outbreak," the WHO said in a statement. Congo's equatorial forests have been a breeding ground for the Ebola virus, which causes severe vomiting and diarrhea and is spread through contact with bodily fluids.

The expertise and capacity of local health teams have been critical in detecting this new Ebola case and paving the way for a timely response, said Dr. Matshidiso Moeti, the WHO regional director for Africa. "WHO is providing support to local and national health authorities to quickly trace, identify and treat the contacts to curtail the further spread of the virus."

The country has experienced 11 outbreaks since the virus was first discovered near the Ebola River in 1976, more than double of any other country. On Nov. 18, 2020, DRC authorities had declared the end of the latest outbreak in the country's northwestern Equateur province.

The emergence of more cases could complicate efforts to eradicate COVID-19, which has infected 23,600 people and killed 681 in the country. A coronavirus vaccination campaign is expected to start in the first half of this year.

However, an Ebola vaccine and a well-drilled health system mean the country is better placed than ever to deal with outbreaks, even in urban settings. Ebola has a much higher death rate than COVID-19, but unlike the coronavirus, it is not transmitted by asymptomatic carriers.