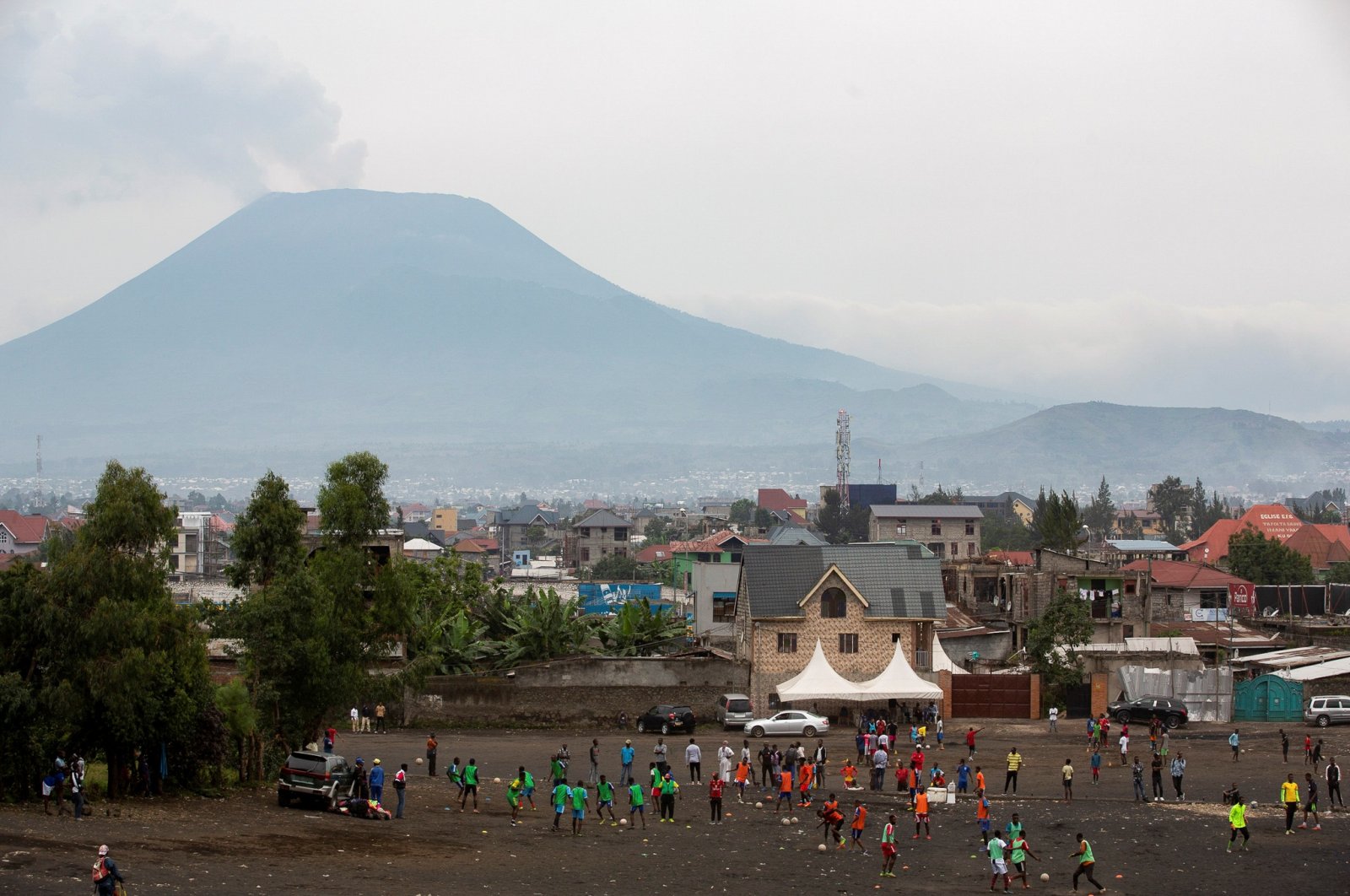 People grabbed mattresses and other belongings and fled toward the frontier with neighboring Rwanda as a red glow filled the sky above the city and power was cut.

Dario Tedesco, a volcanologist in the lakeside city of around 2 million, told Reuters Goma did not appear to be at risk, and lava appeared to be flowing east in the direction of the Rwandan border. Earlier he had said he thought lava might hit Goma, but he later said this was not the case.

"There is a smell of sulfur. In the distance, you can see giant flames coming out of the mountain.

"But there has not been any earthquake," she added.

A United Nations source said a reconnaissance flight by a U.N. helicopter appeared to show the lava was not flowing toward Goma or any major population centers.

"The local authorities are currently evaluating the situation with the volcanological observatory in Goma... The population is encouraged to remain calm."

Nyiragongo last erupted in 2002, killing 250 people and making 120,000 homeless after lava flowed into Goma. Tedesco said the volcano has some of the fastest lava in the world.

Volcano watchers have been worried that the volcanic activity observed in the last five years mirrors that in the years preceding eruptions in 1977 and 2002.

The Goma region, which lies in North Kivu province, bordering Rwanda and Uganda, has six volcanoes, all higher than 3,000 meters (984 feet).

Volcanologists at the Goma Volcano Observatory (OVG), which monitors Nyiragongo, have struggled to make basic checks since the World Bank cut funding amid embezzlement allegations.