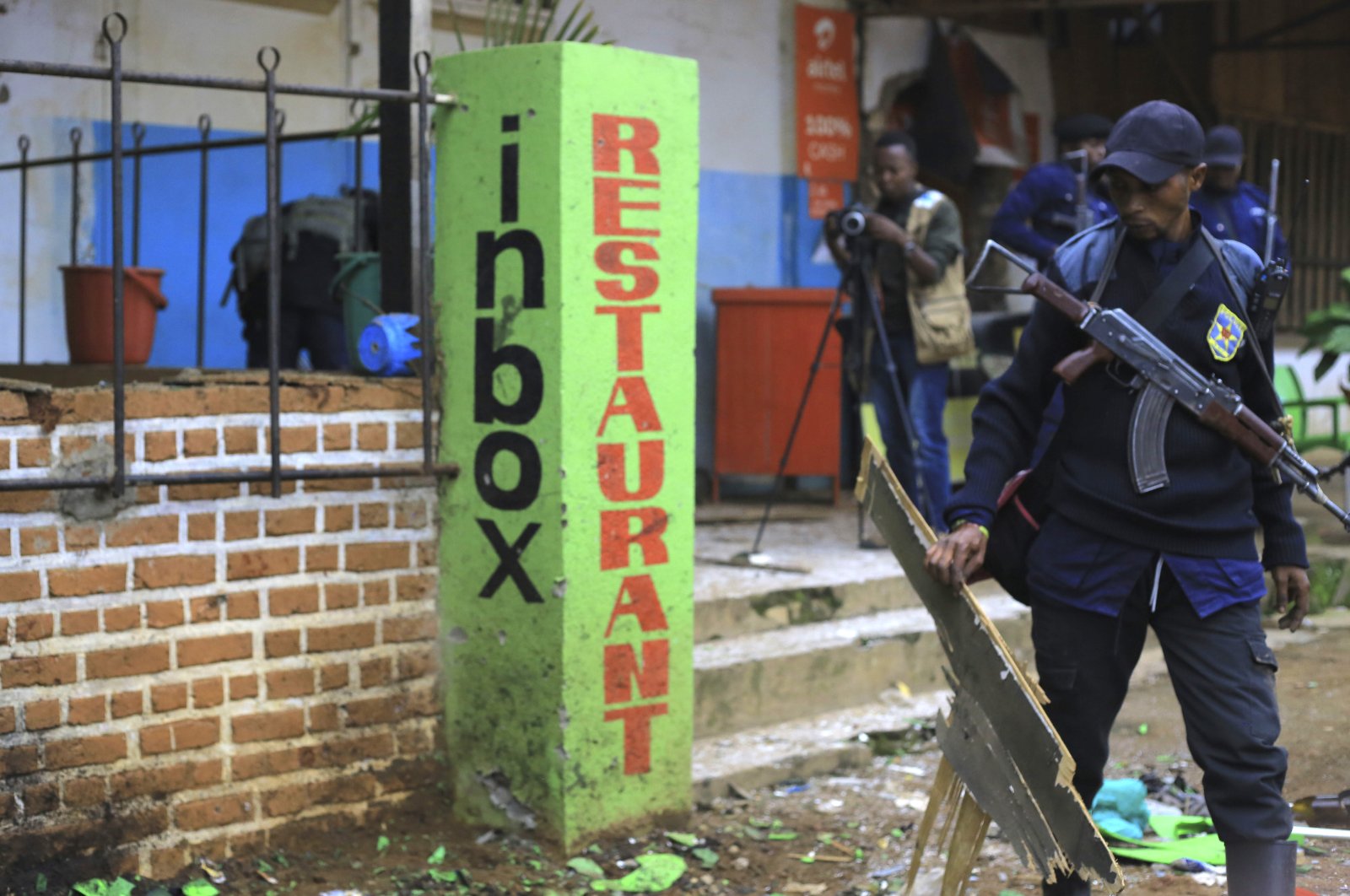 After at least five deaths from a suicide bombing in eastern Congo – a first such attack in the region – authorities urged churches, restaurants and hotels to step up security Sunday.

Beni Mayor Narcisse Muteba, a police colonel, warned owners of popular venues in the town of Beni that they needed to add security guards with metal detectors because "terrorists” could strike again.

"We are asking people to be vigilant and to avoid public places during this festive period," Muteba told The Associated Press (AP) on Sunday.

Officials initially said the death toll was six plus the suicide bomber, but Muteba revised that figure a day later to five victims. Thirteen others remained hospitalized after the blast at the entrance to the Inbox restaurant on Christmas Day.

Saturday's bloodshed dramatically deepened fears that extremism has taken hold in Beni, which already has suffered years of attacks by rebels from the Allied Democratic Forces, or ADF.

Muteba blamed the latest attack on those rebels, whose exact links to international extremist groups have been murky. The Daesh terrorist group's Central Africa Province has claimed responsibility for attacks blamed on ADF, but it is unknown what role exactly the larger organization may have played in organizing and financing the attacks.

There have been worrying signs that extremism was escalating around Beni: Two local imams were killed earlier this year within weeks of each other, one of whom had spoken out against the ADF.

Then in June, the Daesh group’s Central Africa Province claimed responsibility for a suicide bomber who blew himself up near a bar in Beni without harming others. Another explosion that same day at a Catholic church wounded two people.

There was no immediate claim of responsibility for Saturday's attack, in which authorities say the bomber ultimately was stopped from entering the crowded restaurant. After the blast near the entrance, blood stained the pavement and mangled chairs lay strewn near the entrance.

Rachel Magali, who had been at the restaurant with her sister-in-law and several others, described hearing a loud noise and then people starting to cry.

"We rushed to the exit where I saw people lying down," she told the AP. "There were green plastic chairs scattered everywhere and I also saw heads and arms no longer attached. It was really horrible."